The school is offering free testing for anyone on campus, among other measures. 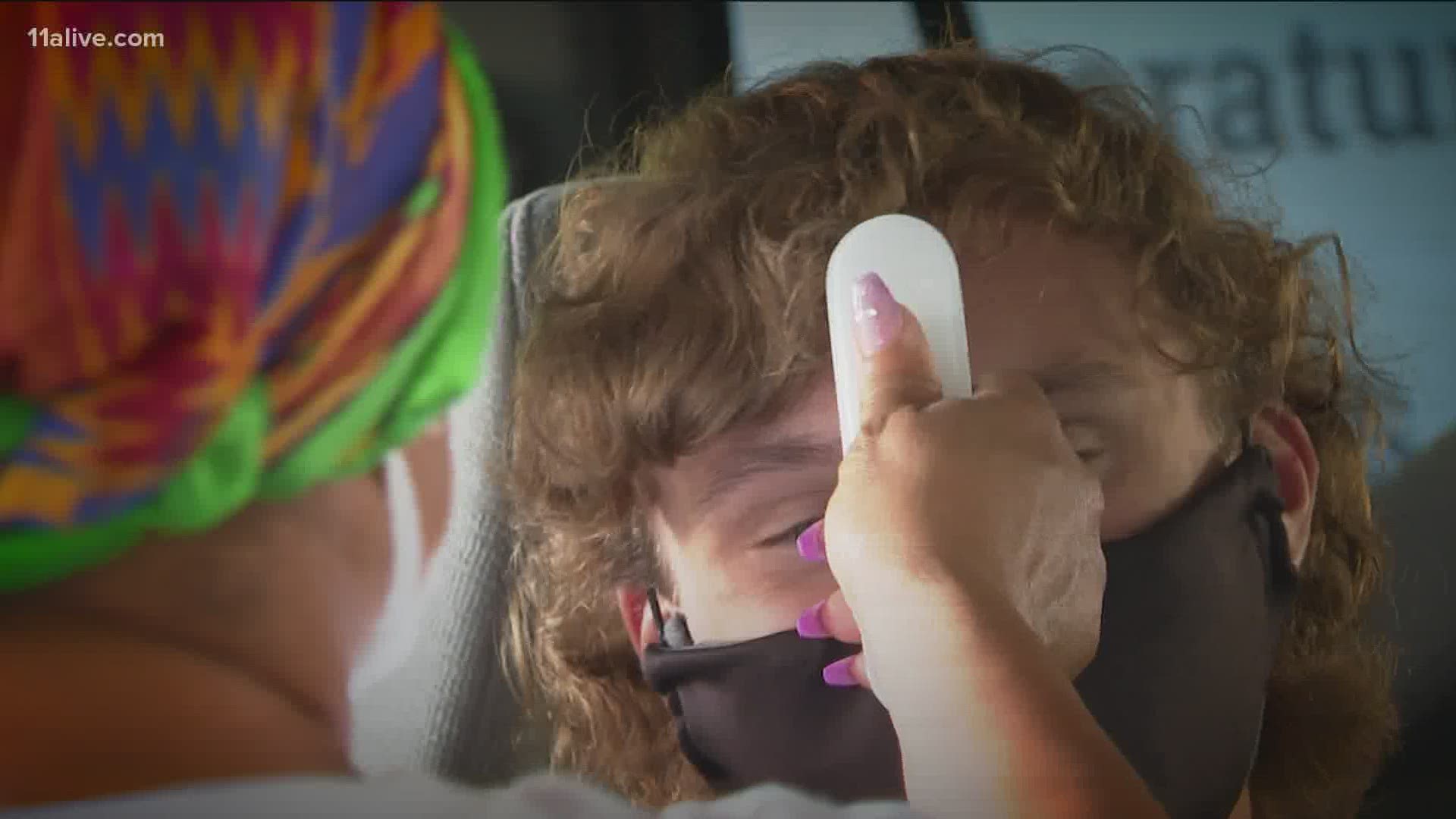 ATLANTA — Georgia Tech first-year students began moving into campus living on Saturday, in a process unlike any that freshmen before them have experienced.

Students and parents were undergoing a drive-thru check-in process before they could move into rooms on a campus where masks were ubiquitous and on-site COVID-19 testing was being conducted.

Sarah Ritchie is an incoming freshman at Georgia Tech, traveling from Houston, Texas to Atlanta in time for move-in day on Saturday.

"It's definitely different from what normally would've been happening- but I'll take what I can get at this point," said Ritchie.

"That's kind of scary to move off to a completely different state in the middle of this crazy pandemic," she added,

The school is offering free testing for anyone on campus. That testing is voluntary.

RELATED: Georgia Tech offering free testing to everyone on campus as move-ins begin

Some additional safety measures include PPE wellness kits in every residence, reconfigured rooms to maximize the number of single rooms, and a new app.

Auxiliary Services Director, Ryan Greene says the app can make reservations for everything from moving into new housing to eating out.

"We're using that same app for a lot of pick up and delivery orders on campus, so they have more options instead of traditional dining- which they can't do as much now," said Greene.

In a Facebook live on the school's page, the Interim Assistant Director for West Campus Sherry Murray said the move-in process was going smoothly.

"Families have been very appreciative of the level of detail they can tell we've taken to prepare for their student to arrive, we're very proud of that," she said.

She added there were "literally hundreds of volunteers" on campus helping the process move along.

The pool testing process is one by which multiple samples are processed at the same time, allowing processing to be done more efficiently.

"If the pool is positive, it means that one or more of the individuals tested in that pool may be infected, so each of the samples in that pool are tested again individually," the FDA explains. "Because the samples are pooled, it is expected that fewer tests are run overall, meaning fewer testing supplies are used and more tests can be run at the same time allowing patients to receive their results more quickly in most cases."

With the virus and so many changes, some students have opted to live alone this year - but Ritchie has a roommate. She hasn't met her yet but said they're on the same page.

"I know that she's been social distancing and quarantined," Ritchie said.

Ritchie says she'll spend the rest of this week to unpack and then log on.

"For welcome week, a lot of it is online so I'm going to try to see if I can meet some people online," she said. "It's just gonna be a fun little learning curve to figure that out."

Starting Thursday, August 13, all of the other classes living on campus will start their check-in with the same drive-thru procedure. That will bring more than 5,000 students to Georgia Tech's campus over a four-day stretch.