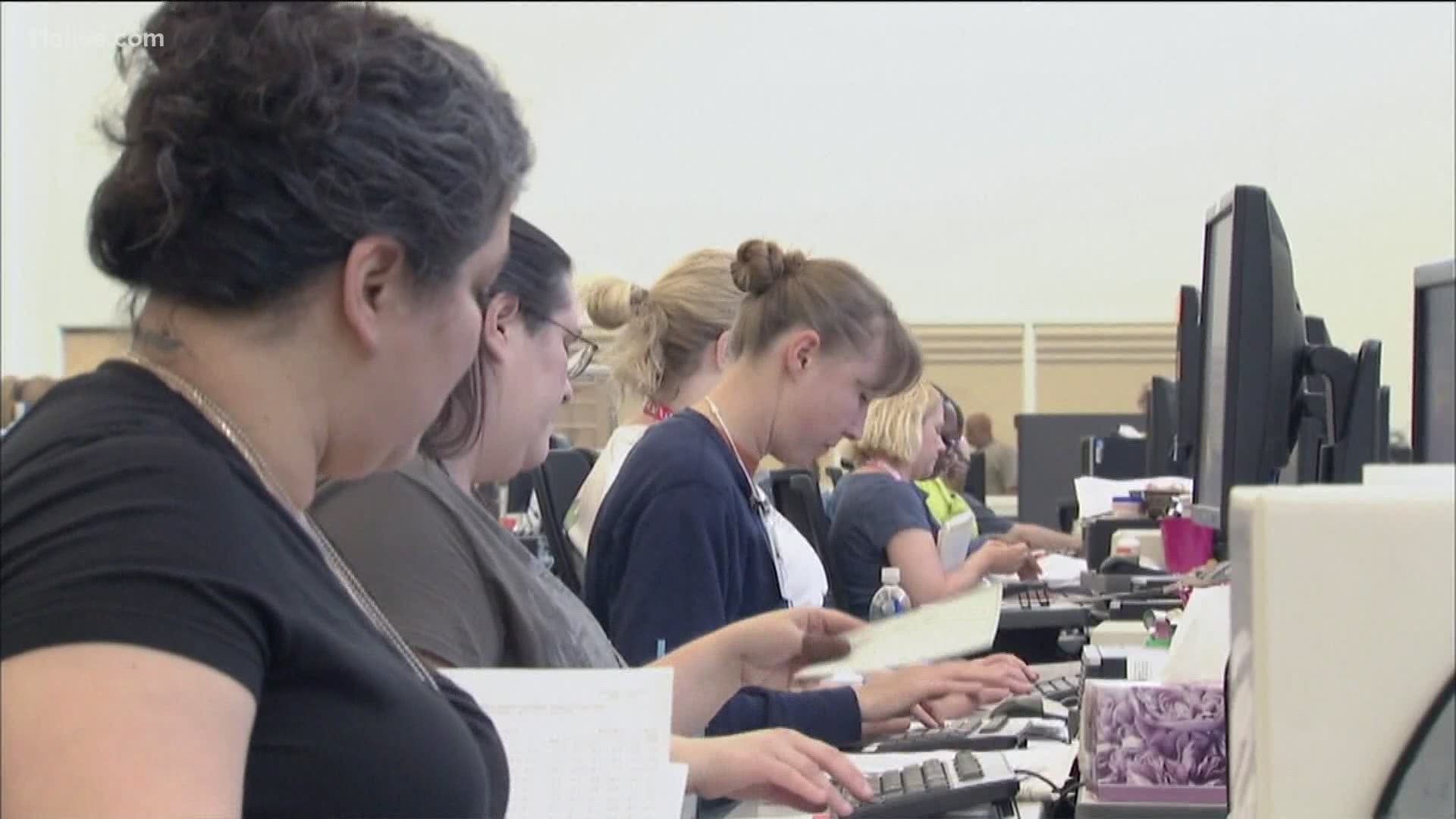 ATLANTA — While the national and Georgia's employment rates are falling, we continue to hear from many Georgians waiting on unemployment benefits.

The Georgia Department of Labor has pointed to several reasons in the past, from too few workers to first-time filers making mistakes.

Now the state agency handling unemployment payments reports the process is being slowed down due to potential fraud.

From May to June, the state's unemployment rate dropped from 9.4 percent to 7.6 percent. As people return to work, though, the number of unemployment claims being filed though isn't slowing down according to the state - a sign of potential fraud they said.

The issue is leading to GDOL employees having to focus on approving valid unemployment claims - and also now spending more time on cases of suspected fraud. GDOL is currently working to determine the size of the issue.

Cartwright added if someone is found to be receiving unemployment funds illegally, the state will demand the funds be returned. There can also be fines issued and criminal charges on the state or federal level.

Meanwhile, 11Alive continues to hear from different people daily who have been approved for unemployment but haven't received payments.

"[I'm] Basically cutting back on my expenses," said Dishone Lewis, who lost her job earlier this year during the COVID-19 pandemic.

Approval for unemployment benefits came back in May, Lewis added, and included details of how much her weekly benefits would be.

"I see $112, but it is in pending status," Lewis said of her unemployment benefits account with the state. "They say if they need any additional information they will get back in contact with me."

Lewis told 11Alive, though, she has yet to receive an unemployment benefits payment or call for more information.

Other viewers have sent the newsroom messages. Kerry wrote, "I have had approval since May 11 and still have not had any payments."

Jennifer e-mailed, "I got approved back in June and still have not received any payments."

Rick said, "It says I am eligible and I have money available yet I have not received anything in 11 weeks."

Cartwright said GDOL has a team actively working through claims that haven't been paid to address issues and fix any hold-ups.

Lewis, Kerry, Jennifer, Rick, and others all added they can't get anyone from GDOL on the phone when they call the state.

RELATED: Woman says she called Department of Labor 900 times trying to get answers

Cartwright said the state continues to receive 25,000 to 30,000 calls every day, plus e-mails and social media messages about issues people need to have addressed. To handle the mountain of inquires, she said GDOL employees are working well outside of business hours.

"A lot of time, you will see responses to e-mail on the weekend or late at night," Cartwright said. "That is when many of our employees have a chance to get back to those, so don't be surprised if you see that."

"We are ramping up our staffing to help address potential fraud and claims workload," Cartwright added. "We are also evaluating products and tools to assist with identifying potential fraud. We will be launching some new tools in the next coming weeks that will enhance our system for claimants."

The federal eviction moratorium is expiring, putting millions at risk of losing housing

$600 federal unemployment benefits end this week. What happens after that?