It will initially house 60 beds, the governor's office said. 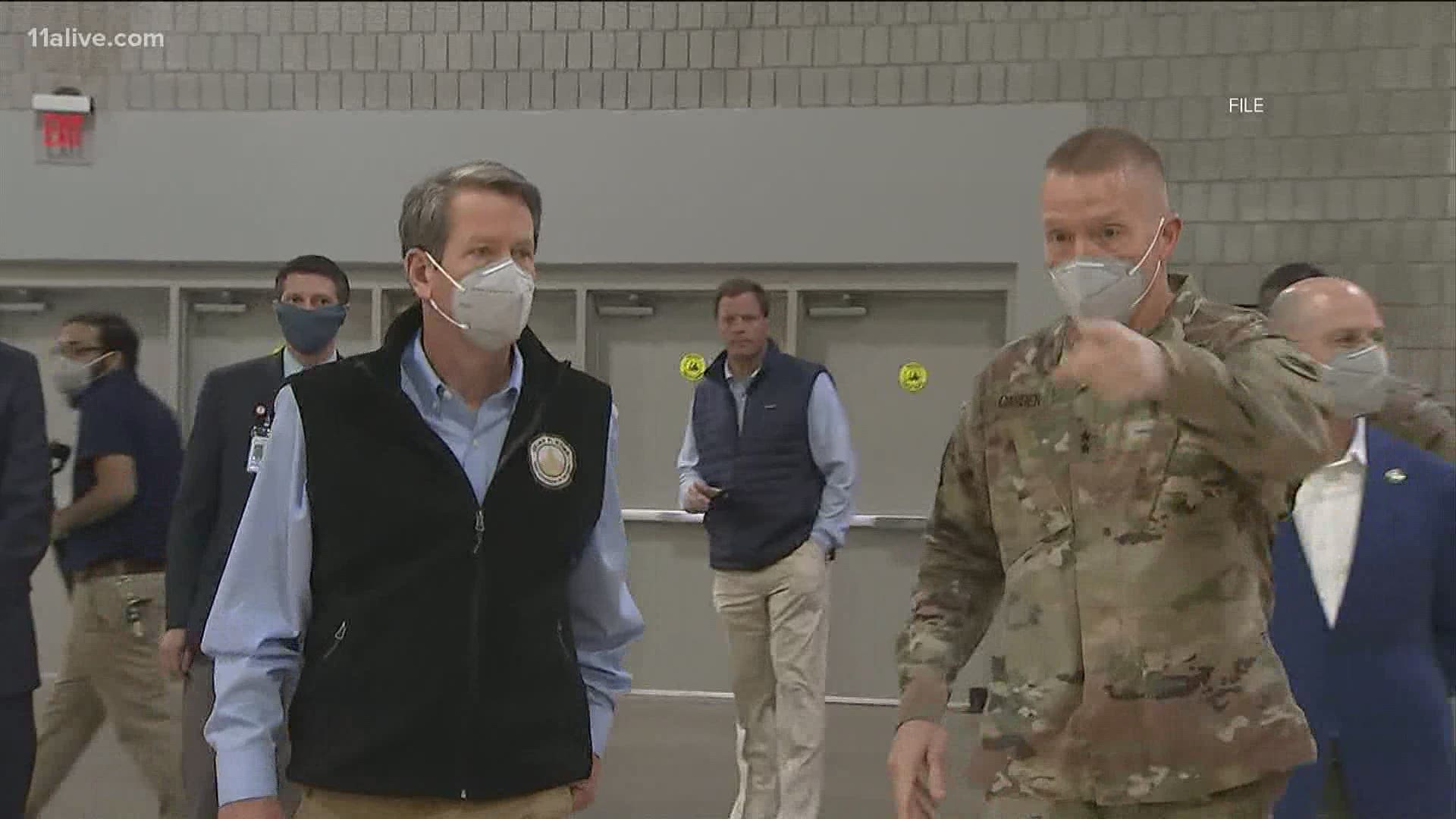 The governor's office announced earlier this month that the convention center, Atlanta and the state's largest, would be re-activated as a surge capacity facility in the midst of rising cases and hospitalizations in Georgia.

Grady Hospital will serve as the lead hospital overseeing the facility, the governor's office said. GWCC staff facility "will also have the staffing and equipment necessary to treat a higher level of acuity in patients than the previous configuration during the months of May and June, enabling hospitals to focus their staff and resources on the most critical patients in their facilities," the governor's release said.

"As part of our strategic plan to expand surge capacity in Georgia, we are re-opening the Georgia World Congress Center," Kemp said in the release. "These additional hospital beds will provide relief to surrounding healthcare facilities while providing top notch care for patients. My administration is laser-focused on expanding hospital surge capacity while working to stop the spread of COVID-19 in Georgia."

That center "was established in December of 2019 to manage the placement of ambulance-transported patients after an internal flood at Grady left the hospital unable to handle its usual number of ambulance arrivals."

"Earlier this year, the center took on the additional responsibility of coordinating transfers to the temporary hospital established by the state at the Georgia World Congress Center," the governor's office said.