Gov. Kemp on coronavirus: 'No time for Georgians to panic'

The state now has the ability to test COVID-19 kits at the Georgia Public Health Laboratory in Decatur. 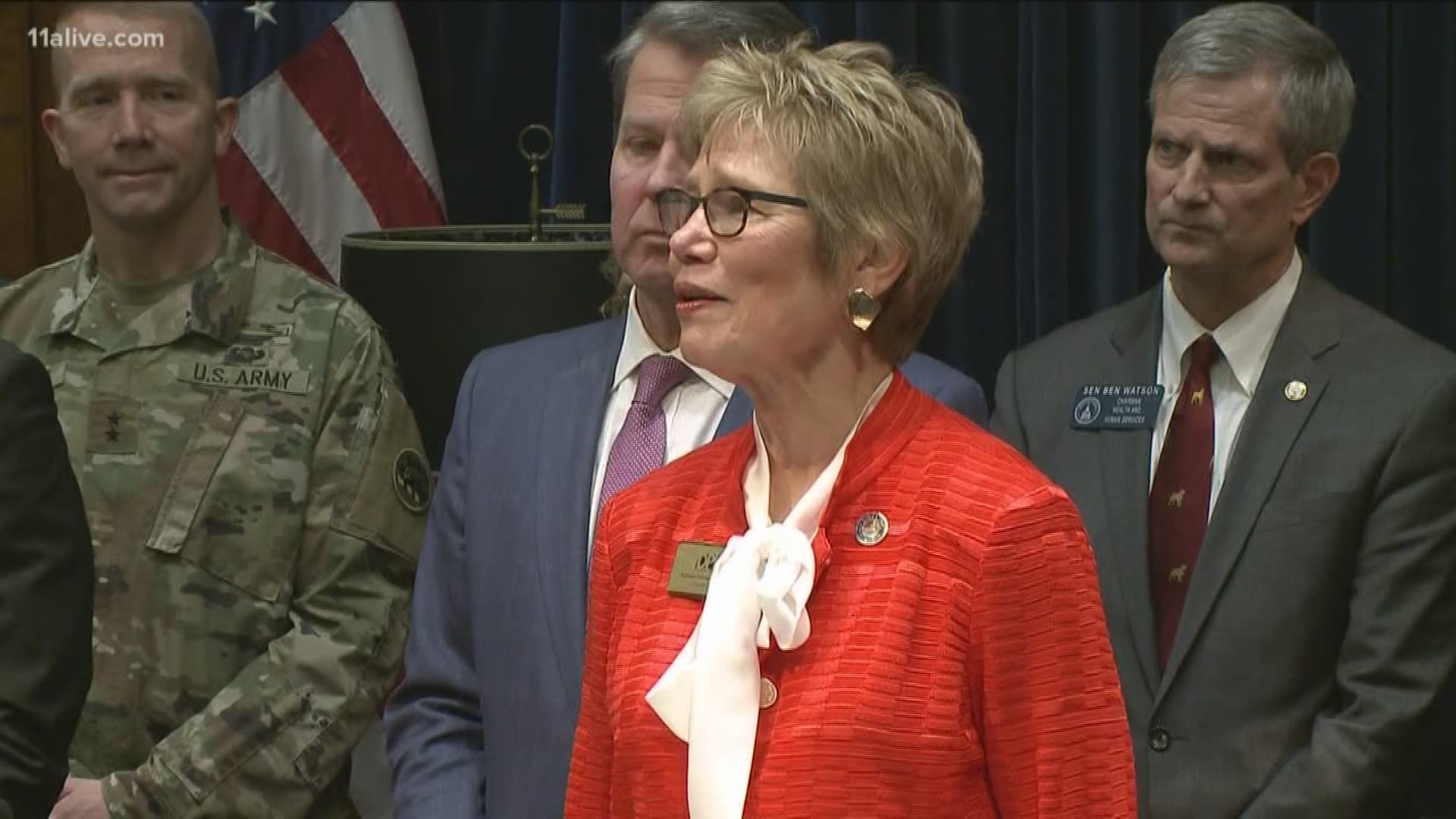 ATLANTA — Georgia Gov. Brian Kemp said during a Thursday afternoon press conference that there are no new cases of coronavirus in the state and that this is not a time for citizens to panic.

Gov. Kemp and other state leaders gave an update on recent discussions with the vice president and federal officials regarding coronavirus preparedness.

He also announced that Georgia has begun processing and testing the COVID-19 kits at the Georgia Public Health Laboratory in Decatur.

"As I have said before, we have to be vigilant for vulnerable populations and for coronavirus," Kemp said. "We know that the elderly and those with preexisting conditions are the ones that are most at risk."

More 2,500 kits have already been distributed in the U.S. and Toomey said more than 100 people were tested using the nasal swabs in Georgia on Thursday.

She said that any uninsured citizens that needed to be tested would get it at no charge.

Gov. Kemp also said that residents should be on the lookout for scams and hoaxes in reference to coronavirus.

"Continue to follow the information that is coming directly from the governor's office or the Georgia Department of Public Health as well our federal partners like the CDC," he said.

John Selden with Hartsfield-Jackson Atlanta International Airport said the airport has a comprehensive plan and that they are following screening procedures for U.S. citizens coming back into the states from China and Iran.

"I feel really good about that," Kemp told 11Alive. "Those processes are working at the airport."

Selden said only one person had to be taken to Emory from those screenings -- and that person was released after 72 hours once they confirmed he did not have the virus.

With the NCAA Final Four coming to Atlanta next month, Kemp told 11Alive that he is not concerned because he feels the "risk remains very low."

He said they plan to be "over prepared" so that we don't see things get worse.

On Monday night, Gov. Kemp held a similar news conference in his office where he announced the state's first cases of coronavirus.

Officials said the cases are of two members from the same household in Fulton County who have the ailment. The cases involve a 56-year-old man who returned on Feb. 22 from a work trip to Milan, Italy, and his 15-year-old son, public health officials said Tuesday.

The household also includes a wife and second 12-year-old child who are "slightly symptomatic" and are being monitored.

“We knew that Georgia would likely have confirmed cases of COVID-19, and we planned for it. The immediate risk of COVID-19 to the general public, however, remains low at this time,” Toomey said Monday night. “I cannot emphasize enough the need for all Georgians to follow the simple precautions that DPH always urges to prevent the spread of respiratory viruses.”

In an interview with 11Alive, Kemp said he will continue to be open with the citizens of Georgia.

"I have pledged to the people of this state that I'm going to be transparent. If there's something that happens good or bad, we're going to share that news so that we can continue to be prepared here in Georgia," he said.