A hearing for the lawsuit had been scheduled for Tuesday morning. It has since been canceled. 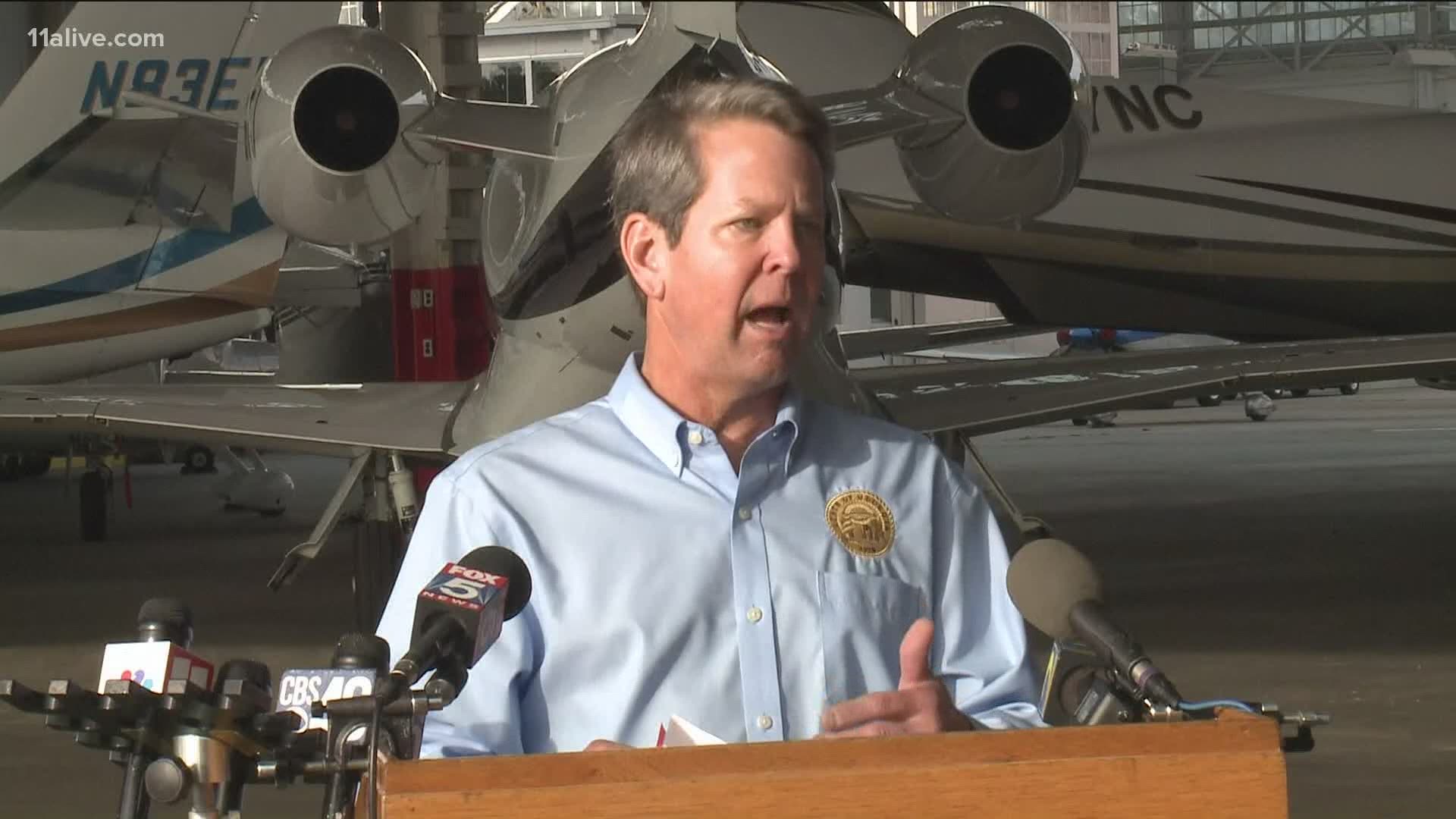 ATLANTA — Plans to hear arguments on an emergency request by Georgia’s governor to stop Atlanta from enforcing a public mask mandate and other COVID-19 restrictions have been canceled, after two judges recused themselves from the case.

Fulton County Superior Court Judge Kelly Ellerbe was scheduled to preside over the hearing on Gov. Brian Kemp’s motion for 11 a.m. Tuesday, but it was canceled after Ellerbe stepped down from the case.

An order signed by the judge read: "After consulting with counsel via telephone conference and email, the Court hereby recuses itself from this matter pursuant to Uniform Superior Court Rule 25.7. These matters shall be removed from the docket of Judge Kelly Lee Ellerbe and reassigned to another Judge. The Clerk of Superior Court shall take whatever administrative action is necessary to accomplish said reassignment."

In a statement, the office of state Attorney General Chris Carr issued this statement on why Judge Ellerbe recused herself: "Judge Ellerbe notified all of the parties that she spoke with an Appellate Judge to talk about a prior opinion that she felt may have some bearing on the issues in this case. Judge Ellerbe became concerned about having had this discussion, and she immediately notified the parties. Our office appreciates Judge Ellerbe’s transparency and professionalism."

The case was then handed over to Judge Shawn LaGrua, but she, too, recused herself from hearing the case.

LaGrua wrote in her order of recusal that she would not hear the case because she formerly worked as Inspector General for Kemp while he served as Georgia Secretary of State. She added that she also remains under consideration for gubernatorial appointments by Kemp.

"Thus to avoid any appearance of impropriety or bias on the part of the Court, the Court hereby directs that this matter be removed from the docket of Judge Shawn Ellis LaGrua and reassigned to another judge," the order reads.

According to a spokesperson for the Fulton County Superior Court, the case has been assigned to Judge Jane Barwick.

In a lawsuit filed Thursday against Atlanta Mayor Keisha Lance Bottoms and the members of the City Council, Kemp argued that local leaders don’t have the legal authority to change or ignore his executive orders, including deciding whether to mandate masks.

Mayors of many towns and cities across the state have implemented their own mandates in order to slow the spread of the virus. None of those mayors were named in Kemp's lawsuit.

Content from the Associated Press is included in this report.

Bottoms bristles at request for emergency injunction against speaking to press

Mayor Bottoms on Kemp's lawsuit: 'We'll see him in court'