Governor Kemp cleared up any confusion over where he stands on the mask debate. 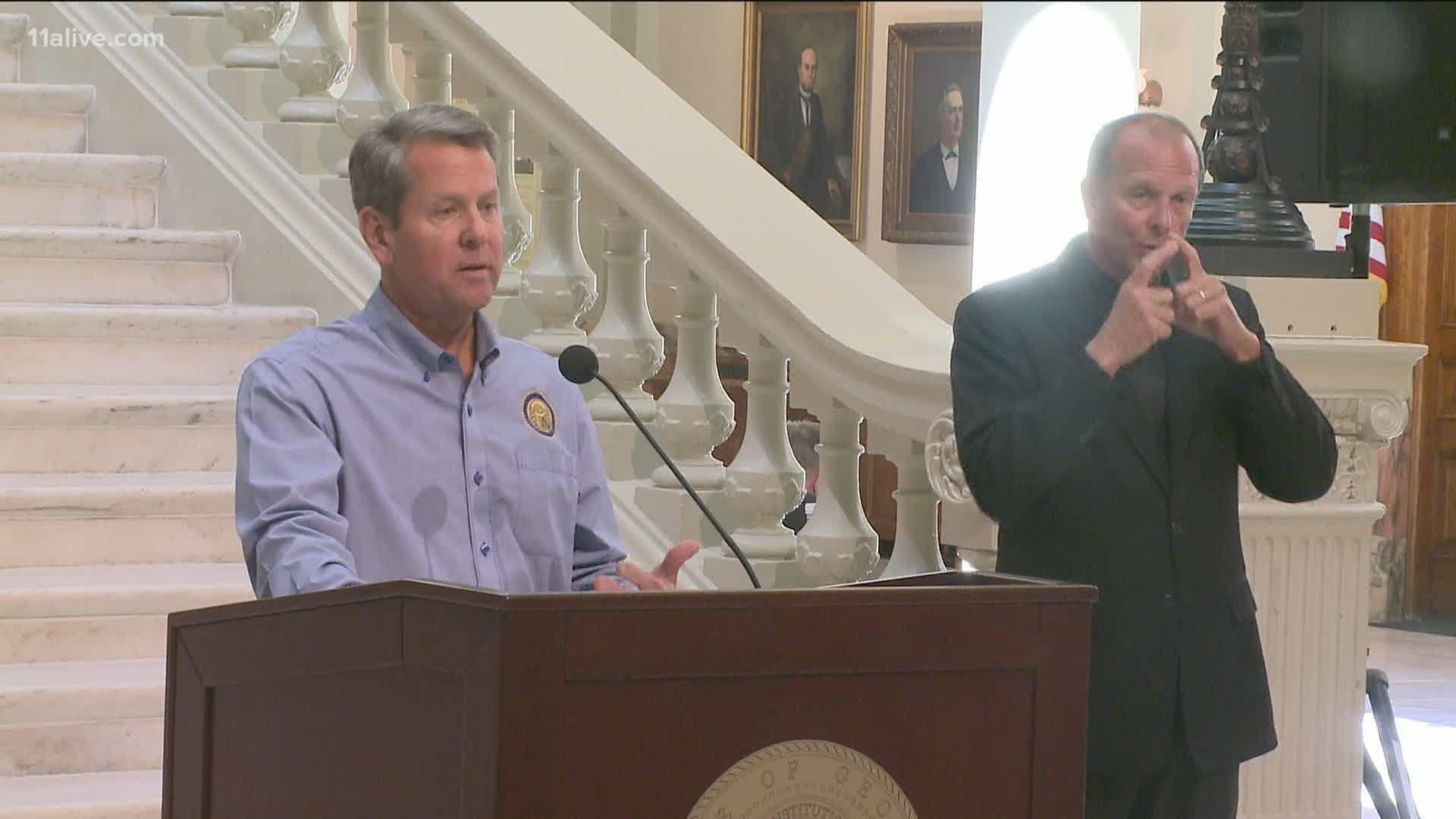 ATLANTA — Gov. Brian Kemp addressed the media in his weekly COVID-19 briefing, stating there’s two battles Georgians are fighting: the battle to keep the virus from spreading and the battle to open the economy.

Kemp said as he relaxes restrictions, Georgians should keep the protective measures in place – including wearing a mask.

“Wearing a mask helps prevent you or me from spreading the virus if we happen it have it, especially if your asymptomatic. So, if you’re wearing a mask, you’re protecting other people,” he said.

The Centers for Disease Control and Prevention recommends wearing a face covering to prevent spreading the virus to others.

RELATED: Why health experts say masks with exhalation valves can do more harm than good

Kemp cleared up any confusion over where he stands on the mask debate. He said he won’t likely issue a mandate to wear a mask in public, but he still considers wearing one as a part of the state’s public health guidance.

“Not everyone’s doing that, I’m asking everyone to do that," he said. "I feel like I’ve been asking them in a reasonable way by wearing it when it makes common sense.”

The governor added that wearing masks, social distancing and keeping gatherings small is part of what allowed him to reopen the state in phases.

Kemp’s new order allows people to now gather in groups of 25. But video from Memorial Day weekend show large crowds at certain businesses with little regard to social distancing.

Kemp said while he hasn’t personally seen any videos of large gatherings, he knows so far when businesses haven’t complied with the rules, they’ve been issued a verbal warning.

“But if we see large crowds that are out of control, we will take much stronger action than that," he assured.

Kemp added that local law enforcement and mayors have been taking action to warn businesses about large crowds. He urged anyone who sees a large gathering of any kind in a public area to make local officials - or his office -aware.

“We’re not going to put up with putting Georgian’s health in jeopardy,” he warned.

As he wrapped up his briefing, the explained why went forward with relaxing restrictions, even as the number of positive cases in the state went up this week.

Kemp said on Memorial Day weekend, the private sector finally caught up on a backlog of 15,000 tests and submitted those results to the Georgia Department of Public Health. He said he believed this is the reason for the recent spike and remains confident in his decision to move forward with relaxed restrictions.