The district asked parents to drive kids to school on Tuesday before they go virtual on Wednesday. 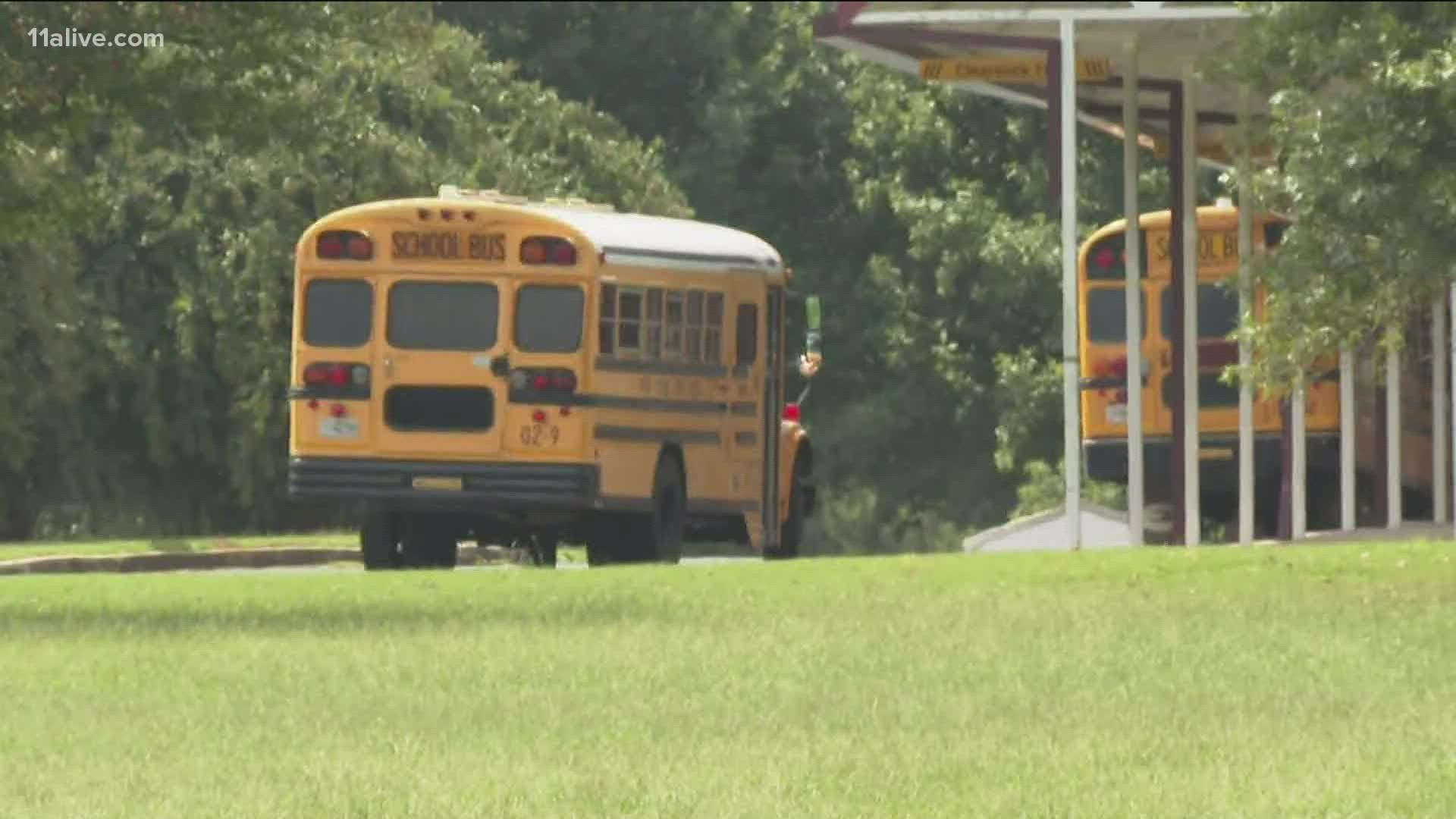 SPALDING COUNTY, Ga. — The Griffin-Spalding County School System announced on its website they would move to virtual learning on Wednesday after three of their transportation staff members have died in recent weeks, causing a disruption to bus operations.

They said the deaths have caused a "strain and disruption" to transportation operations. Parents are also frustrated.

JUST IN: WHO chief urges halt to booster shots for rest of the year

"It’s very horrible and frustrating for us right now," said Sierra McDonough, a parent. "I really feel like they should have did it virtually just because, and see how everything was going to play out these next couple of months."

The cause of death for the three employees has not been officially released. But school leaders said its widely speculated that all three died from complications with COVID.

"I’m just hoping to reach out to the families and let them know my condolences. It’s just a sad time right now," said McDonough.

Going virtual for the rest of the week also allows the remaining drivers to "process the emotions associated with the loss of their peers," school officials said in an email to 11Alive.

Charlie Greggs said bus drivers are in a tough position during the pandemic.

But before this announcement, Griffin High School was already learning virtually because of a COVID-19 outbreak.

District leaders said this is a balancing act for everyone, stating that "many are struggling with how to fulfill their work commitments and still provide care for their own children."

According to school officials, as of Thursday, out of over 9,000 students, 95 have COVID-19, 505 are currently in quarantine because of close contact. With more than 1,500 employees, 20 of them have the virus.

"This is a very frustrating time right now for all of us and we just need to protect our children," said McDonough.

"It’s hard for them to find anyone to drive the buses now because everybody’s scared, and I can understand that too because I’m afraid myself," Greggs said.

Superintendent Keith Simmons said losing three bus drivers weeks apart is not only heartbreaking, but also a logistical challenge for the district.

"We don’t have a lot of experience with trauma of this nature," Simmons explained.

He said they simply can't get students to and from school.

"This is about our inability to transport roughly 60-70 percent of our students to and from school," he explained.

District leaders said they are working on what they can do differently, including the possibility of having plexiglass dividers separating bus drivers from students. The superintendent said there are some buses that already have them.