Georgia State University looks to the Board of Regents, which states masks and vaccinations are not required on campus. 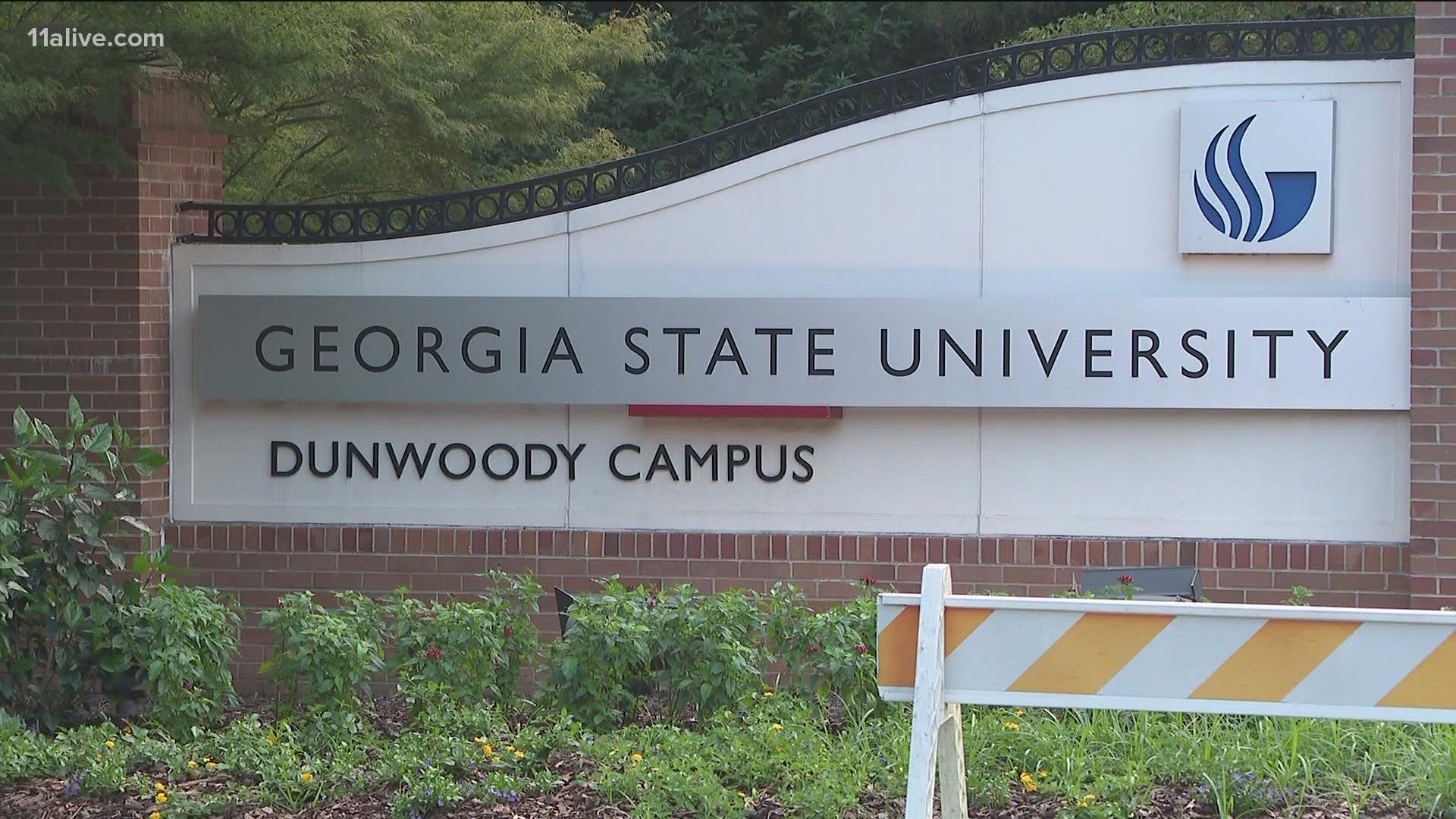 DUNWOODY, Ga. — Cody Luedtke was looking forward to teaching another group of students this school year at Georgia State University. She hoped it would look more normal than last year and was excited about the possibility of in-person classes -- until the recent surge in COVID-19 cases and the Delta variant.

Some university systems nationwide are requiring masks - some even vaccinations - but public campuses in Georgia do not require either of those.

"I had offered to teach online or face-to-face with a mask mandate... and after I didn't resign, I was fired by the end of the week and my last day was Friday," says Luedtke.

She was scheduled to coordinate and teach biology labs this semester.

After drafting a letter to the department leadership saying she "refused respectfully" to teach in an in-person environment where students were not required to wear masks, she says she was asked to resign.

"I fretted about it quite a bit until I finally decided I couldn't teach in an environment like that," she added. "It crossed a moral boundary for me because its so unsafe for the students and the greater community."

Luedtke taught at the university for nearly six years, and says she had a combination of feelings on her last day.

"I was relieved I didn't have to teach in the fall in classrooms that are full of students, some of which aren't going to be wearing masks. I was sad to lose my job. There are a lot of people there that I care about. A lot of my colleagues."

Georgia State University looks to the Board of Regents of the University System of Georgia for its policies, which state masks and vaccinations are not required on campus.

11Alive spoke to GSU Clinical Associate Professor, Dr. Harry Heiman about this before the start of the school year. Dr. Heiman is a Fellow of the American Academy of Family Physicians, with more than 20 years of clinical practice experience.

"We have some of the finest research universities in the country," he said. "We have a school of public health that’s been tracking this pandemic and doing modeling and policy analyses both domestically and globally. While we have the science and we’re at the cutting edge of informing the evidence at our very institutions, our policies are contrary to what we as responsible educators should be doing."

Luedtke, who is vaccinated, says she wanted masks to be required in her classroom - not for herself, but for her students.

"A lot of our students are low income and they live maybe with extended family so I just saw that happened at my classroom potentially spreading outwards to the community and possibly causing death and I couldn't do that," she said. "I couldn't let that happen."

She adds that a lot of her students are from racial and ethnic minority groups, which the Centers for Disease Control and Prevention has outlined as being the most affected by the virus.

"[They have] the worst outcomes, higher infection rates, higher hospitalization rates... The school serves a lot of students where this may be their only good option for an education because its affordable, its accessible," she added. "Students shouldn't have to get themselves in danger to get that education."

In a statement, GSU says its telework/remote work information states:

"Department heads or their designees have the authority to establish teleworking arrangements. Telework should not be considered an employee right or entitlement. Telework requests and designations are based upon management discretion and in accordance with the determination of what best serves the university and its students."

"The university has a remote work policy and American Disabilities Act accommodation process.  This employee was not eligible under the university’s guidelines for remote work and did not participate in the ADA process."

Luedtke said she does not have a disability.

"That's why I didn't ask for an accommodation in that way," Luedtke said. "I have taught labs virtually and many other faculty are teaching virtually. I didn't take it personally. I understand the people that were involved in letting me go were doing their jobs, following the policy sent down from the University System of Georgia."

The instructor says many students seem to be voluntarily wearing masks - at least in the Perimeter College campus where she taught, and the university says so, too.

However, with less than half of Georgians vaccinated, Luedtke says she hopes eventually both masks and vaccines can be required at all Georgia institutions.

"I would really like the Executive Order prohibiting vaccine requirements to be rescinded or revoked and I'd like the Board of Regents to lift their mask optional policy and make a mask required policy," she said. "If that Executive Order was rescinded, I definitely think we should require full vaccinations for student, faculty and staff at all University System of Georgia institutions."

Luedtke says she's likely not able to get unemployment assistance because she's considered to be "at fault", but she set up a fundraising page to help pay for her health insurance and rent.

As of Wednesday, she's raised more than double what she had hoped. She tells 11Alive she plans on donating some of that money to a COVID-19 relief fund.