Teachers who demonstrated said that they felt their lives would be at stake if students returned to campuses. 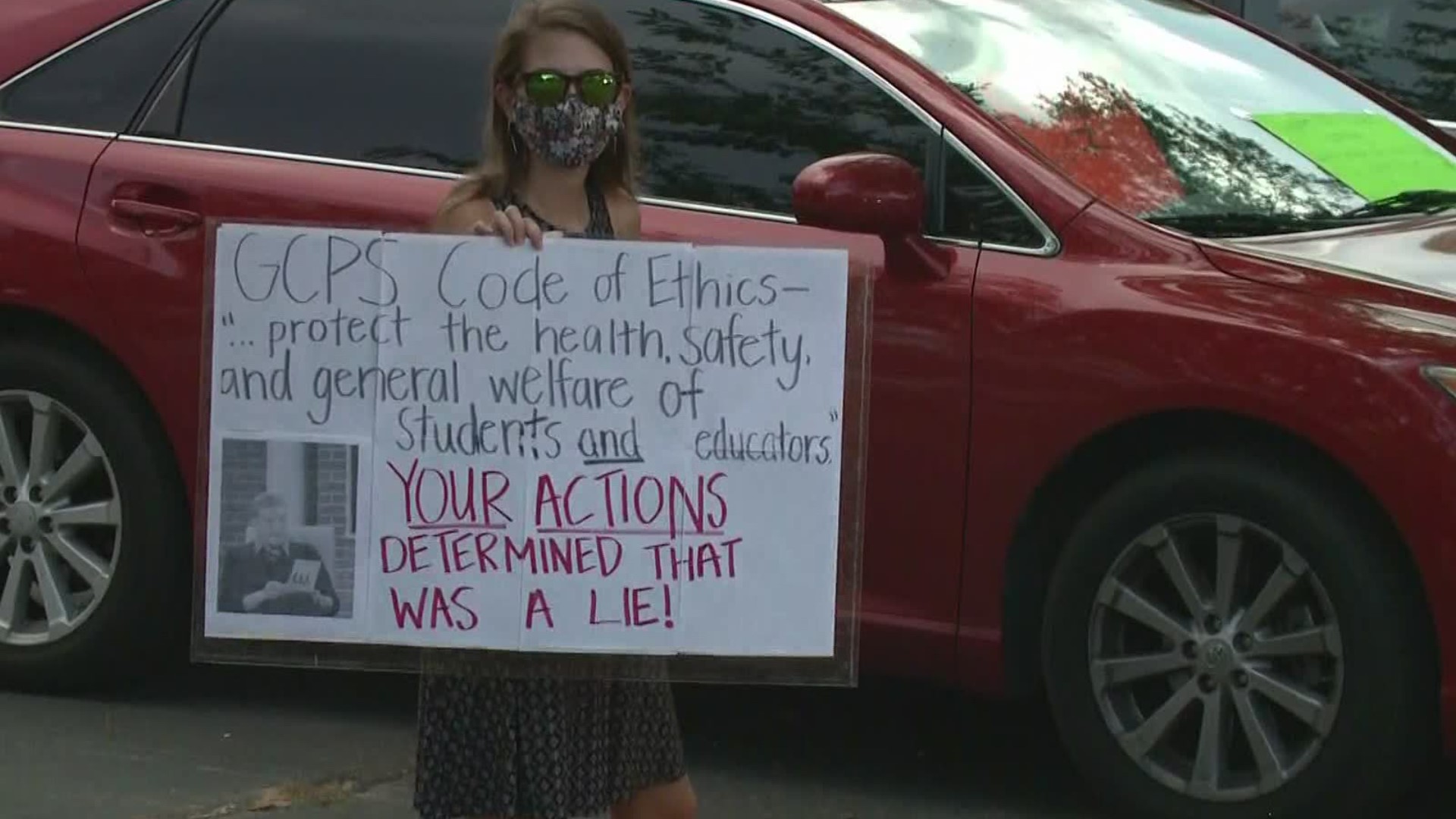 It was all in protest of the district's revised reopening plans announced earlier this week.

On Tuesday, the school district - Georgia's largest in the state - announced a staggered plan to transition students back to campuses for in-person learning, based on parents' choices. While the semester will still start virtually, the process of bringing students back into the classroom would begin two weeks into the new school year.

Part of the revision was, according to the district Superintendent J. Alvin Wilbanks, was to help meet the requests of parents who expressed that they wanted their kids to learn in person.

Teachers who demonstrated, however, said that they felt their lives would be at stake if students returned to campuses. They held signs and blared their horns, pushing for all-virtual learning.

One former teacher we spoke to actually resigned over the issue.

The staggered plan to return kids to school came just days after it was announced that nearly 260 Gwinnett Schools employees were "excluded from work" due to confirmed cases of COVID-19 or exposure to the virus.

In a statement earlier in the week, Wilbanks said that they tried to come up with a plan that would be best for the circumstances.

"We understand that no plan will be universally popular with all stakeholders. But we are committed to doing what we believe is best for students in terms of their health, safety, and education," Wilbanks said.

Classes are set to begin on august 12th.