Wednesday marked the busiest travel day in the United States since mid-March, when places started to shut down due to the pandemic. 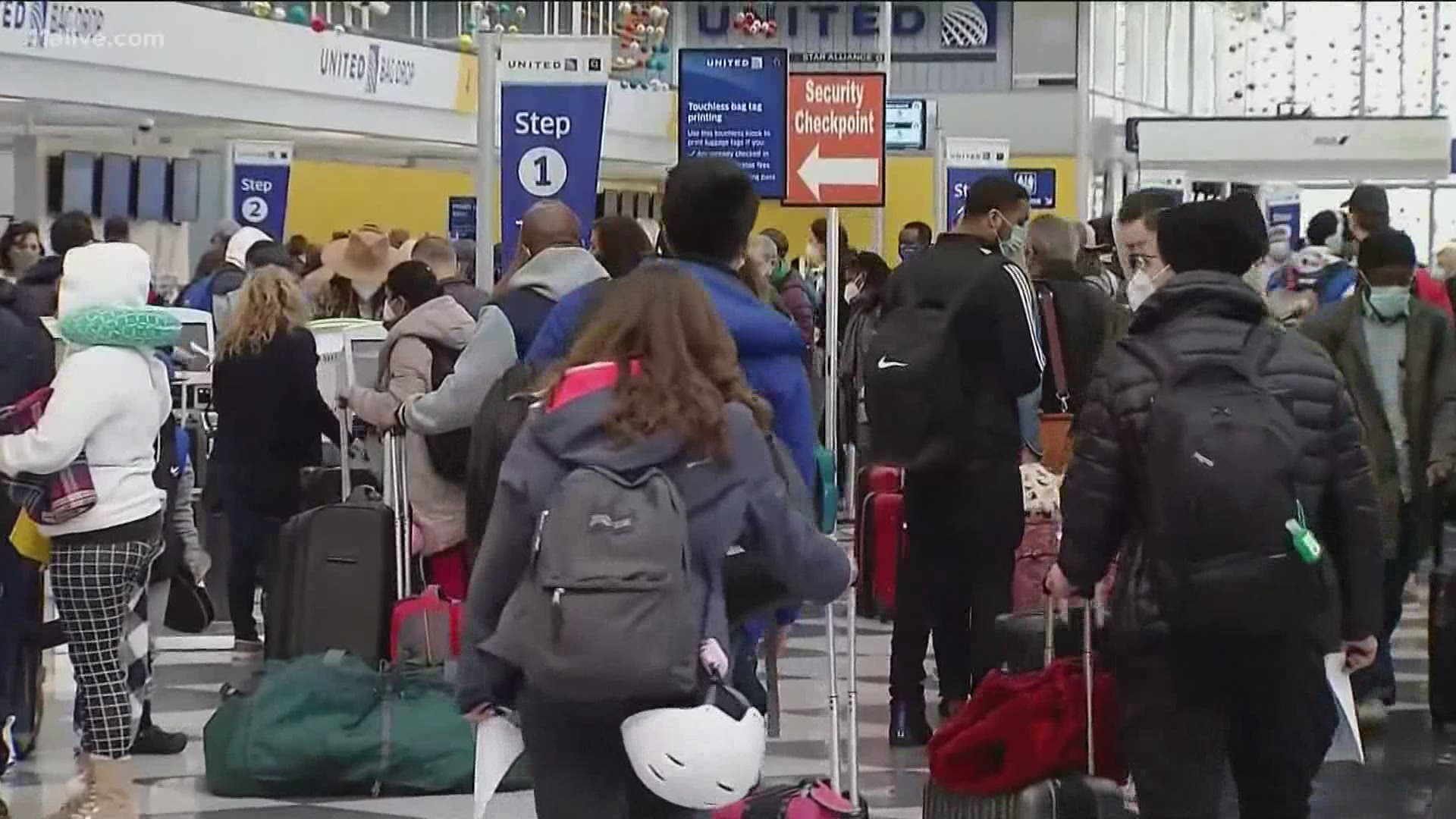 ATLANTA — Millions of Americans are setting records for the number of travelers this holiday despite COVID-19 health warnings from the Centers for Disease Control and Prevention.

Christmas Eve was no different, despite a soggy day throughout many parts of the United States.

While those statistics are about 29% lower as compared to last year, passengers who flew into Hartsfield-Jackson Atlanta International Airport say the flights tell another story.

"That mess was full," said Gregory Reynolds, referring to his flight from Chicago. "Top to bottom. There wasn't an empty seat."

This past weekend, the Transportation Security Agency said they saw more than 1.1 million travelers three days consecutively, from Friday through Sunday across the nation. Wednesday also marked the busiest travel day in the United States since mid-March, when things started to shut down due to the pandemic.

"I've been to the airport before COVID and everything but it's slowly picking up," said Justin Eagen who flew in from San Diego. "It's not nearly what it used to be."

This is all a concern for health officials who saw COVID-19 cases surge in many states after Thanksgiving travel set records across the nation in November.

"I'm just not going to let that box me in and determine how I'm going to live my life," added Reynolds, who is in the process of moving from Chicago to Atlanta. "If I take proper precautions, I should be able to act normally as long as I'm wearing my mask and protecting myself, and myself against others."

If you are not part of the 3/4 of Americans that AAA says will stay home for the holidays, the CDC recommends getting tested 1 to 3 days before your trip and again 3 to 5 days after your trip to make sure your test comes back negative.