I took an at-home COVID-19 test. Here's what I learned. 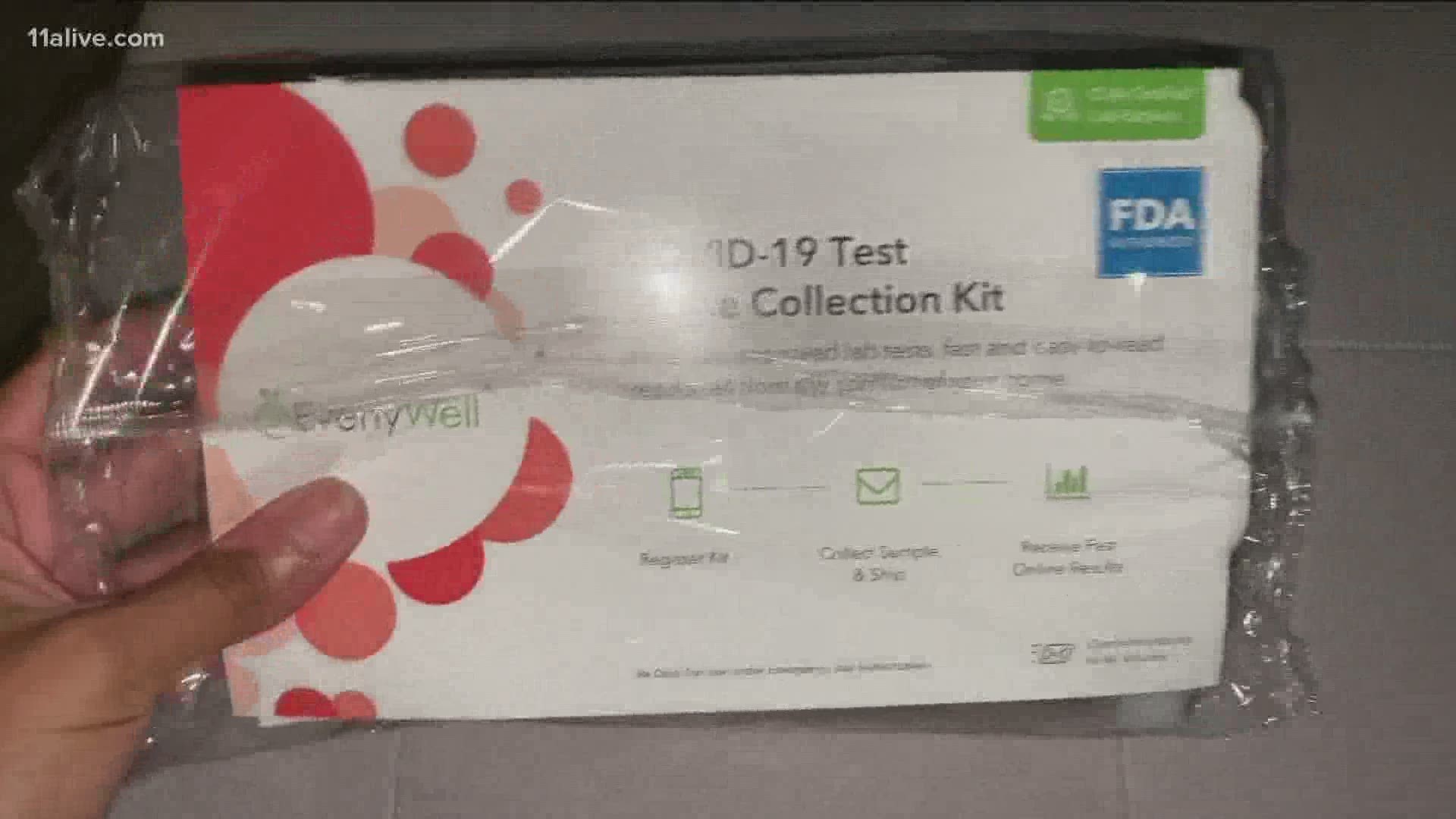 ATLANTA — 11Alive’s Hope Ford took both an at-home and in-person test for COVID-19. She recounts the process, pros and cons and what she learned from the experience.

Around the weekend of July 4th, I started feeling a little off. I had a low-grade fever, ringing in my ears, headaches and fatigue; all symptoms related to COVID-19.

A few days after I started feeling bad, someone I encountered the week earlier told me they tested positive for COVID-19. I immediately started searching for a place to get a test.

But it wasn’t easy. Appointments with CVS were booked for several days and because it was the weekend of the July 4th not many other places were open to get a test.

So, I decided to order an at-home test from Everlywell, a company that started in 2015 and provides 30 different types of at home tests. Their COVID test is FDA approved and the one that could get to my house the quickest.

I ordered it on a Sunday, and it arrived on Tuesday. In the meantime, I decided to get an in-person test as well. Luckily, I found a Fulton County testing site at St. James United Methodist Church and went the Monday before I got the at-home test.

I had to wait about an hour and a half in my car to get the test. I registered on my phone at the testing site and had to self-administer the nasal swab. I was told the results would come back in about five to seven days.

When the at-home test arrived, it was after 5 p.m. and the instructions said you have to take the test, then make sure you mail it that same day, overnight to the lab. Since I missed the window of overnight pickup, I waited an extra day to take the test. Waiting a week after being exposed to someone with COVID and waiting two days in between tests, as it turns out, was a good idea.

“You want to make sure there’s a few days since your exposure to make sure that you’ve given enough time for there to be enough virus present in your nasal passages or in your nose to pick up on a swab," said Dr. Sujatha Reddy, 11Alive’s medical correspondent.

"If you test too soon, you may get a negative result because you’ve done it too quickly. And if you’re worried about having had done the test to quickly, it best to repeat it possibly in a few days," she explained.

The at-home test was well packaged, and everything was secure. It gave step by steps on how to sanitize everything. It was also obviously a self-administered test and look much like the one I took at the Fulton County testing site.

Let’s look at some of the pros and cons from both experiences.

Finding an in-person test was difficult and the wait time in line was long, but not unbearable. Waiting for the at-home test was obviously easier, because I just clicked order and waited for it to arrive at my door.

Finding at in-person test was the stressful part. Some testing sites required you made an appointment first, and I found several places that only had open spots two weeks out from when I was having symptoms.

The in-person test took six days for results, but now some sites are running between seven and ten business days.

The at-home test promised it would get to me in two business days and I would have results in 72 hours after the lab received the test. This proved to be true, as I mailed the test on a Wednesday, they received it on Thursday, and I had results by that Sunday.

Both were unpleasant. But, that’s the point.

“You want to make sure you’re getting the test far enough back to be in the best location to pick up virus and it’s probably, if it’s not a bit uncomfortable, you probably haven’t done it right," Reddy said.

The at-home test cost $109 at Everlywell, and can be covered by insurance, according to the website.

The in-person test at the facility I went to was free.

According to a recent study done by JAMA Network Open, at-home tests are almost just as accurate as in person tests. The at-home swabs were 80 percent as sensitive and 97 percent as specific as the tests administered in the clinic, the study found.

But, there’s three things you should consider when taking an at-home test.

“It may be best to go with a company that has been doing at home tests for other things for a long time and may have a reputation. Or go with a large commercial lab," Reddy said. "Most of us have heard of Quest and LabCorp or a hospital-based test is probably safe. But you want to use a company that’s reliable and trustworthy.”

2. Make sure you administer the test correctly.

“It’s not a difficult test to administer, you just have to follow the directions to the T,” said Dr. Reddy.

3. Consider taking an in-person test if the at home test is negative but you still have symptoms, or they get worse.

“I think an at-home test is better than no test, but you still have to be careful how you pick your at home test,” Reddy added.

So, at the end of the day, for me, it was less stressful and quicker to get the at-home test, but I’m glad I took both just to be sure.

If you’re wondering, I still quarantined for 14 days after I realized I was exposed to COVID. After receiving two negative COVID tests, I found out I had an ear infection, which explained my symptoms (and is a good reminder that other things can be wrong besides COVID.)

My boyfriend went through the same process as me. He received his results, also negative, from the at-home test in three days. He also took an in-person test on July 11 at the Little 5 Points Center for Arts and Community and waited over three hours in line for a test. As of the time of writing this article on July 23, he still hasn’t received his results from his in-person test. 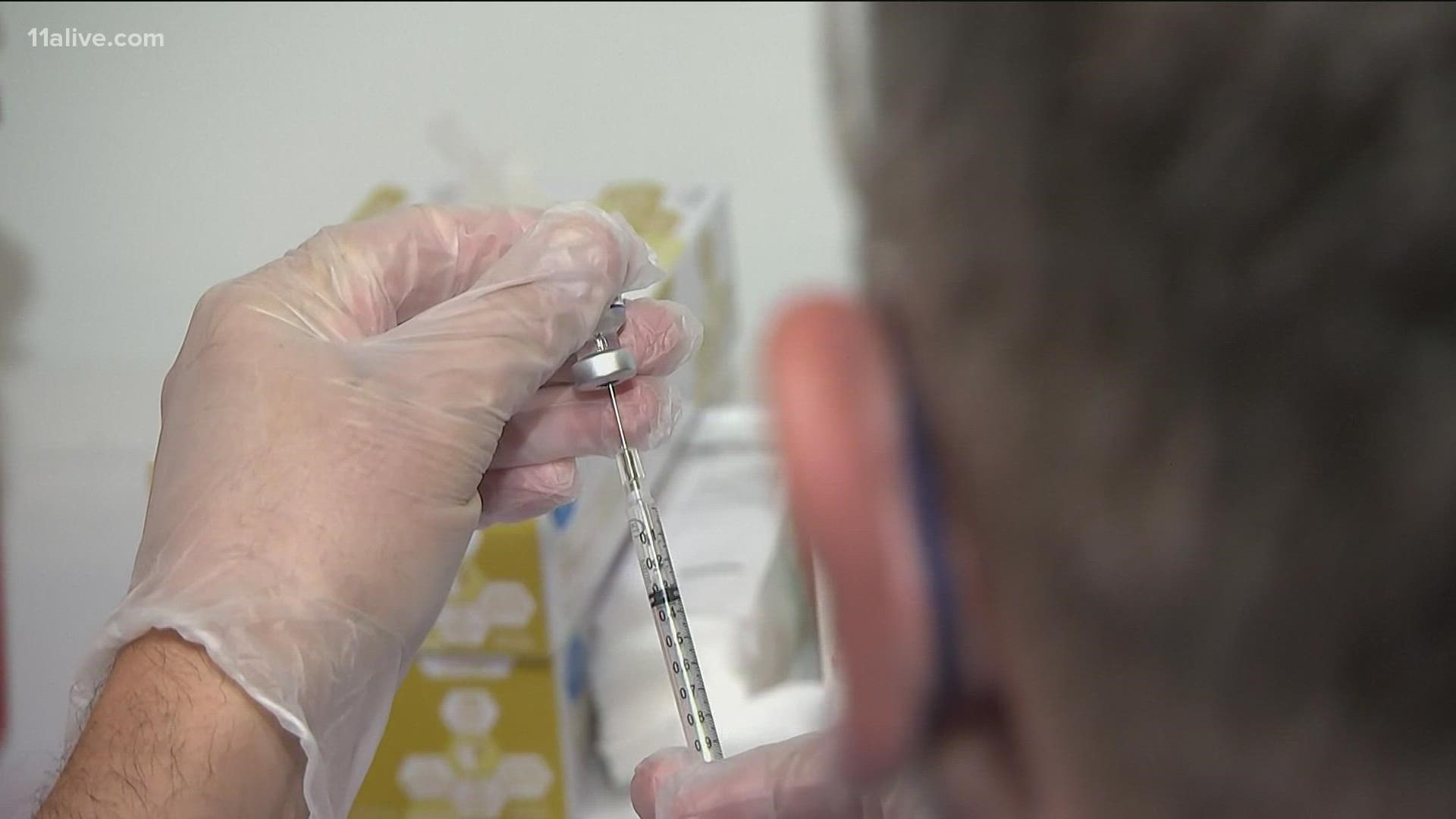