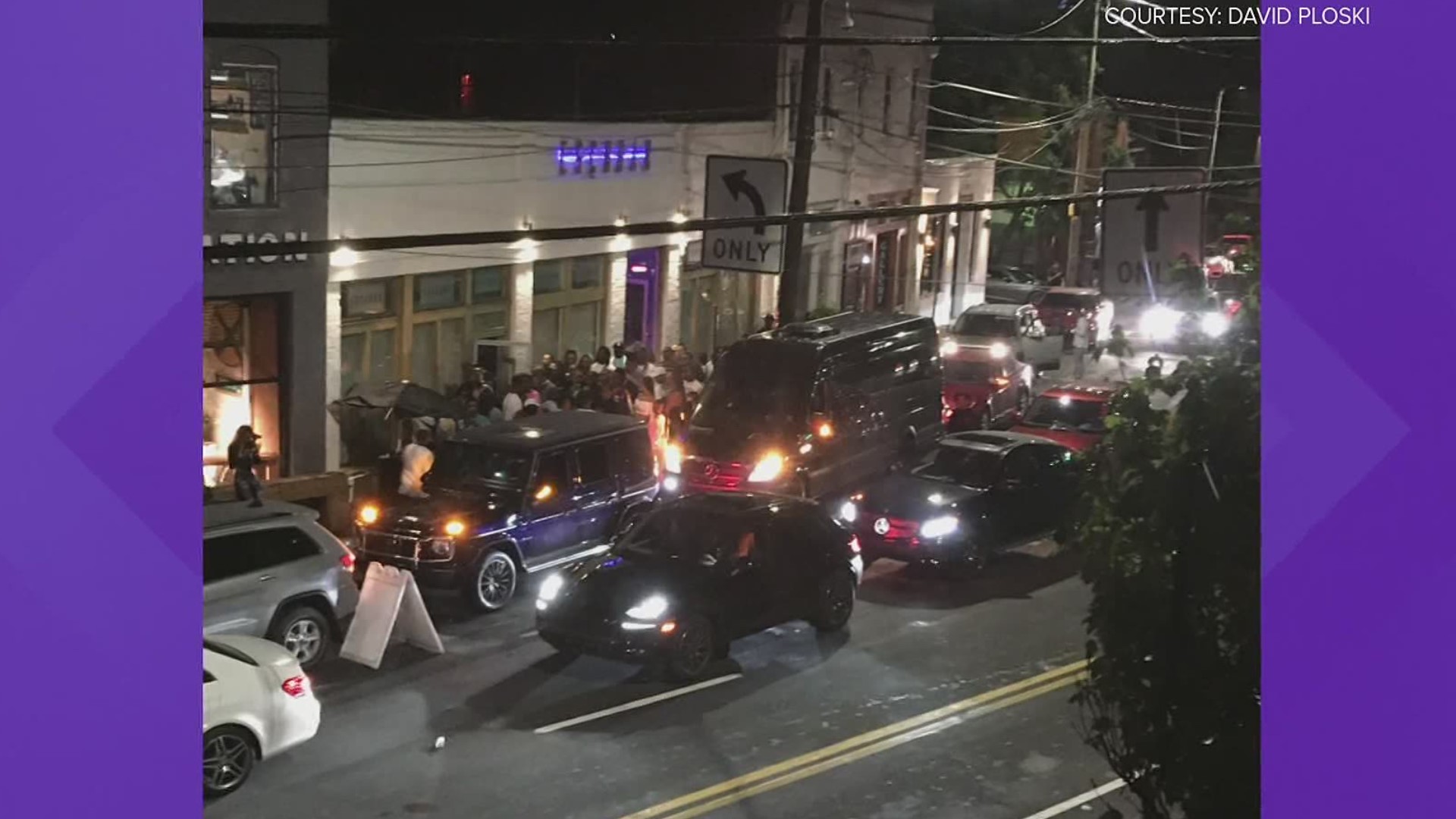 ATLANTA — Despite an order barring nightclubs and bars from opening in Georgia, there was a lively bar scene over the holiday weekend in Atlanta.

A video making the rounds on Instagram purportedly showed a crowd at a Ponce de Leon restaurant-and-lounge called Boogalou.

It looks crowded at first glance, but it’s not shoulder-to-shoulder. There's loud music, swaying bodies, and little - if any - evidence of patrons wearing masks, which they aren’t required to wear in restaurants; only staff are required to wear masks.

RELATED: Safety tips to consider when returning to restaurants

Many nightspots are able to skirt the ban on nightclubs and bars because they have restaurant licenses.

A flyer says Bougalou threw a Memorial Day party Sunday that lasted from 4 p.m. to midnight.  And when asked about it, Boogalou management told 11Alive simply, “WE ARE A RESTAURANT !!” Outside the business Tuesday afternoon, there were flyers explaining CDC guidelines and stickers on the sidewalk to keep waiting patrons six feet apart.

Likewise this weekend, a thick crowd gathered outside in the district of still mostly-closed bars on Edgewood Avenue. To bar owners like Johnny Martinez – who owns two nightspots on Edgewood – it illustrated a pent-up demand to reopen.

RELATED: 'If we let our guard down, it’ll come back' | Health expert warns of possible second wave

He said more than 30 people lost jobs when he closed Joystick Game Bar and the Atlanta Beer Garden. He expects to slowly reopen Joystick next weekend while limiting crowds. Other nightspots are already promoting booze and DJs and even promising social distancing on flyers.

"What we’re devoted to, more than anything else, is the health and safety of our customers, and that comes first," Martinez said. "So we’re opening, but it’s a slow process. There will be stages involved. And honestly we’re going to reassess as we go through it."

Meanwhile, the crowds depicted on social media left Mayor Keisha Lance Bottoms "extremely disappointed," according to a spokesman, who added "she is encouraged by the vast majority of Atlantans who value their lives and the lives of others enough to practice social distancing and use some common sense."

Reservations, masks and more: This is how Six Flags Over Georgia is planning to reopen

Safety tips to consider when returning to restaurants