As testing picks up, two major questions are circulating. 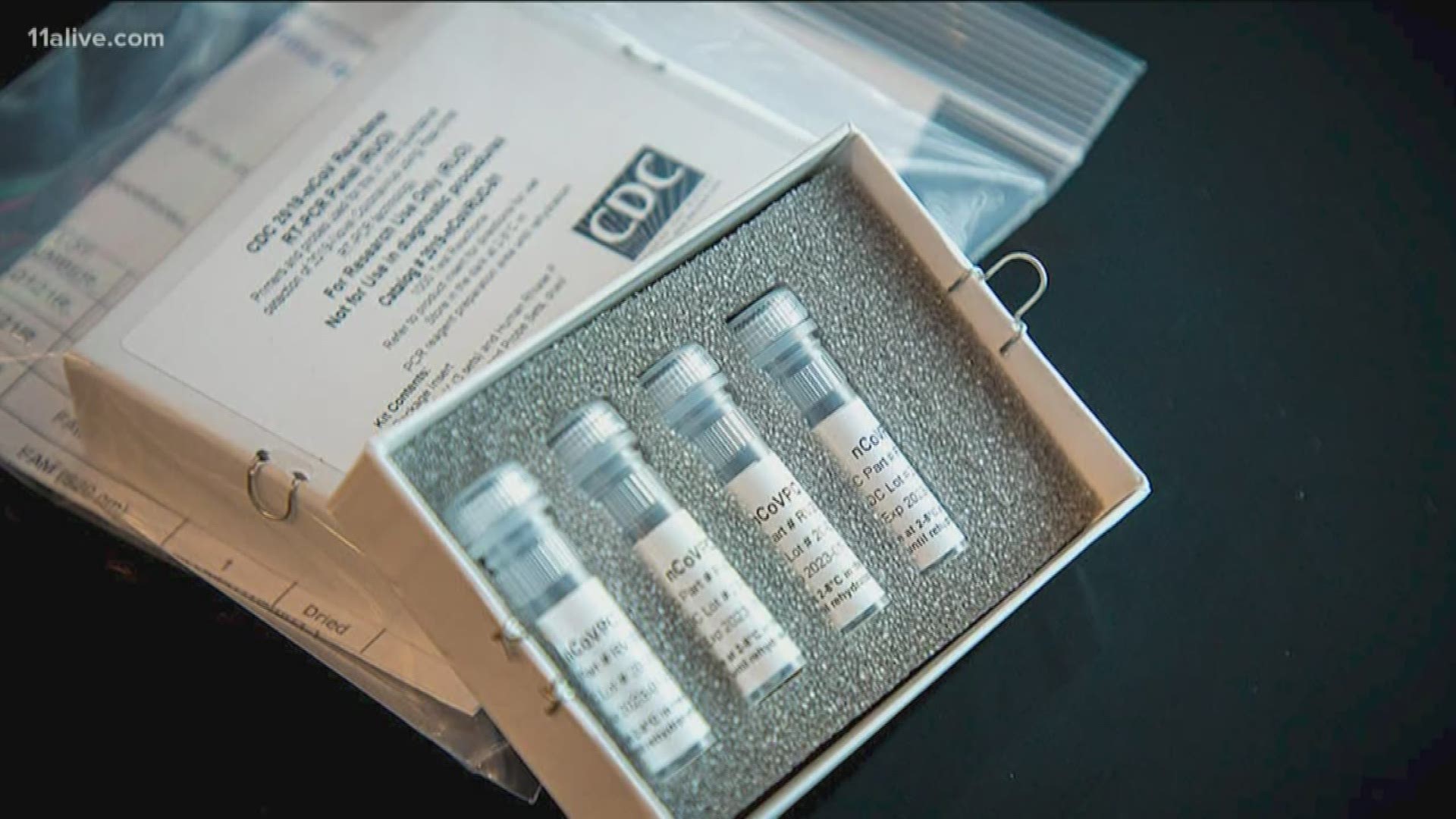 ATLANTA — The number of people being tested for potential cases of COVID-19 is increasing - but that also means the number of confirmed cases of the virus in the United States will keep rising.

As testing picks up, two major questions are circulating: How many Americans have been tested for COVID-19 so far, and are there enough tests available?

The answers to both of these questions have been difficult to uncover.

Secretary of Health and Human Services Alex Azar addressed one of those questions on Monday during a White House briefing.

“So, I could not give you a number of how many Americans have received a test, because many of those tests have been conducted by hospital non-public health labs,” Azar said.

Currently, federal public health officials say they are aiming to have at least four million tests available by the end of this week.

“I cannot promise it, but that’s what the goal is,” Dr. Anthony Fauci, National Institute of Allergy and Infectious Diseases director, said.

11Alive found that even if four million tests were distributed, that would only allow for testing one percent of the US’s population - far behind the testing abilities of other affected nations around the world.

RELATED: This is what we know about Georgia's positive coronavirus cases

However, just Tuesday, both state health agencies and private labs show an uptick in testing, outpacing of the CDC’s testing, according to numbers posted to the CDC website.

Some commercial diagnostic labs have also received emergency approval to create their own tests for the novel coronavirus, but the exact total tests that have already been performed still isn’t available.

Health and Human Services' Azar explained that private labs aren’t currently required to report their testing figures to the CDC.

“They don’t have to currently report to us that they’ve conducted that test or what the result of that test is. The CDC is actively working right now to build that IT connectivity with them so we can gather that information,” Azar further stated during Monday’s White House briefing.

Rep. Doug Collins self-quarantines after coming in contact with person with coronavirus