More people getting tested for COVID in metro Atlanta: Here's why

Officials say the first wave came around the time of the election. The second comes as people prepare for holiday travel. 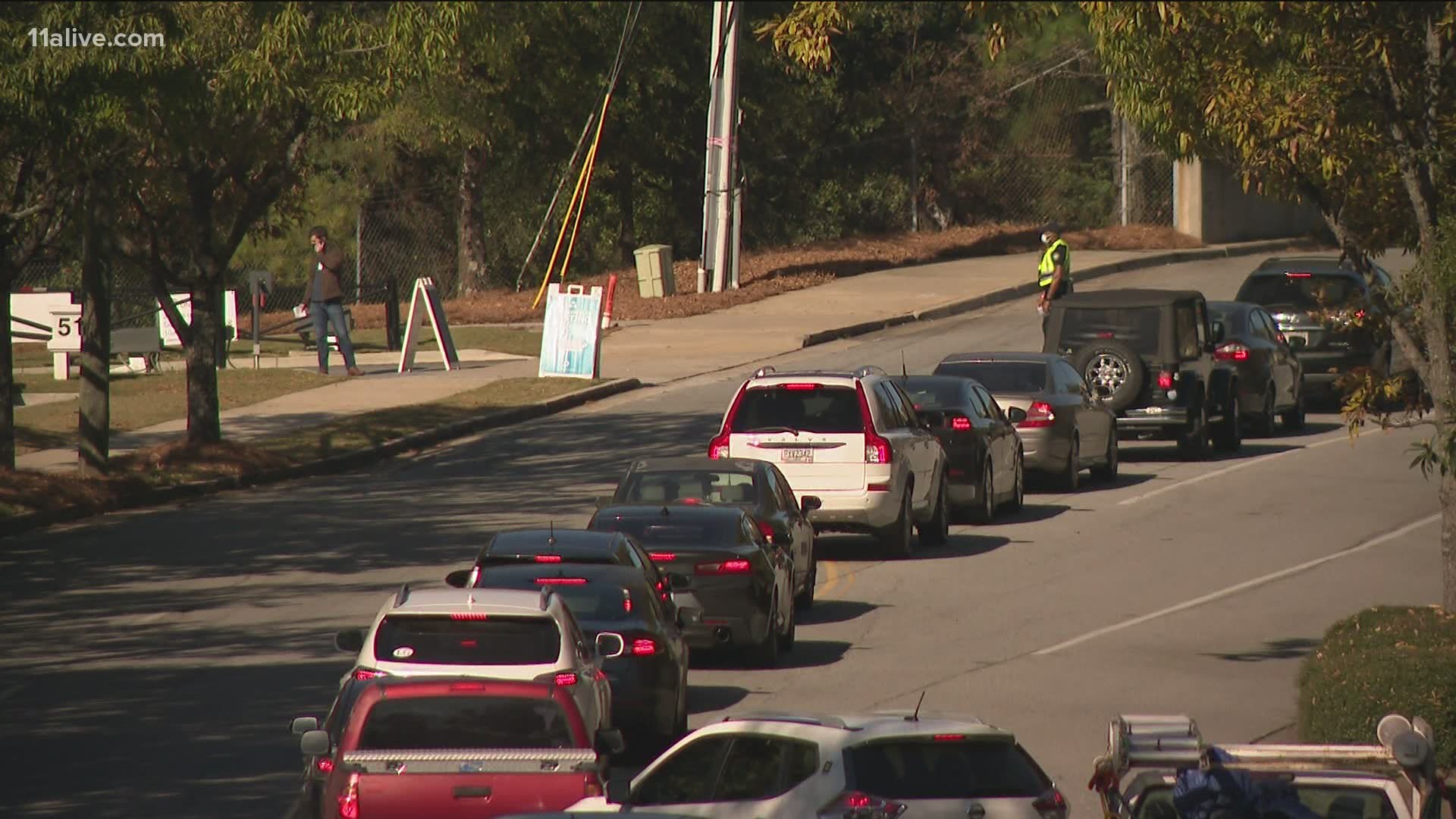 ATLANTA — As coronavirus cases rise, so does testing with proof lying in the long lines spotted around metro Atlanta.

11Alive set out to understand the reason behind the sudden increase.

Ursula Douglas said that her organization, nationwide, has administered about 2.5 million tests.

Douglas, the strategic partnership leader for Community Organized Relief Effort (CORE) Georgia, said that before the election they were testing between 700 and 800 people a day in Fulton, Gwinnett, DeKalb and Cobb counties. But right now, they're testing double that with the first big wave arriving around the Nov. 3 election.

“We had so many people who were grouped together just during the early voting period and on election day,” she said.

Douglas said the second wave came as people prepare to see loved ones for the holidays.

“We will test anyone - asymptotic or not,” she said.

She added that there’s no need for insurance and that those getting tested don’t need identification.

“We just simply need your name and contact information,” she said.

CORE was one of the first groups on the ground providing free COVID-19 tests and contact tracing.