Jentezen Franklin tested positive for COVID-19 days after attending a White House Christmas party. The church says he was exposed to someone at the congregation. 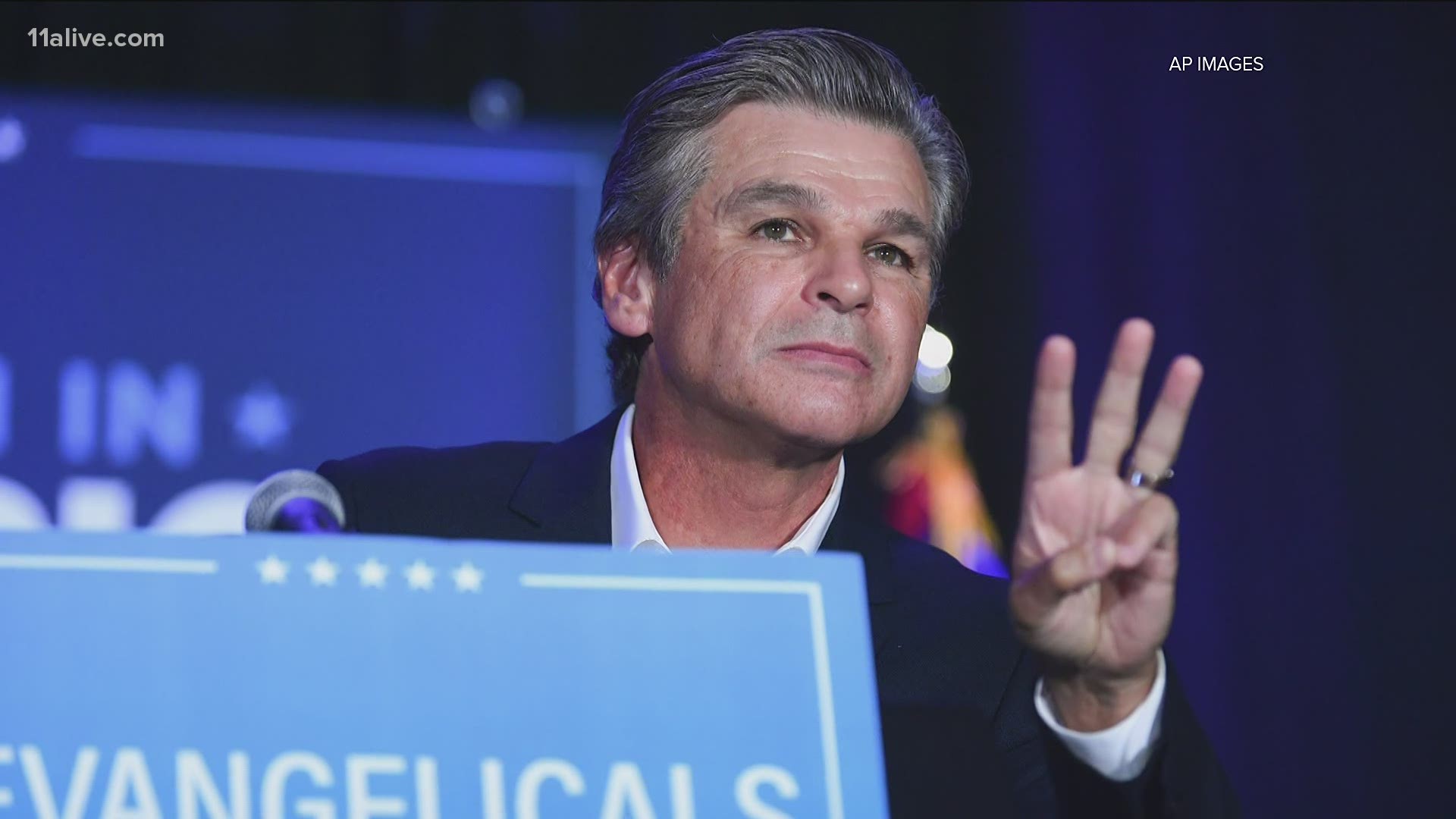 GAINESVILLE, Ga. — The senior pastor of Free Chapel, a megachurch in Gainesville with seven campuses in three states, tested positive for COVID-19 after coming in contact with someone who had the virus, the church announced during its service on Sunday.

Jentezen Franklin was not in attendance when Pastor Javon Ruff shared the news with those at the Gainesville church, as well as to those who were watching the live broadcast at its other campuses.

"He is doing extremely well," Ruff said of Pastor Franklin. "He wants you to know that he's doing great. We're going to continue to pray for him, but he's following the CDC guidelines."

A spokesperson for the church said his symptoms are mild.

A picture shared on Franklin's Instagram page shows him at a White House Christmas party with his daughter just five days ago.

"Thank you @flotus and @realdonaldtrump for inviting us. It was gorgeous!" the post read.

President Trump has hosted a number of Christmas parties this month, and it's not clear if he actually attended this one personally. Georgia Gov. Brian Kemp attended a party at the White House on Friday.

Trump's parties have faced criticism for drawing dozens of people indoors, often seemingly without much use of masks. The White House has countered that "You can celebrate the holiday of Christmas, and you can do it responsibly."

(Story continues below video of announcement)

"Pastor Jentezen Franklin’s visit to White House had no correlation with his diagnosis," a church spokesperson told 11Alive in a statement. "He was exposed to an associate of the congregation in the metro on Thursday who turned out to be infected."

In October, Franklin attended a ceremony at the Rose Garden, which became classified as a "super-spreader" event after many prominent Republicans tested positive for COVID-19.

Free Chapel announced that their Christmas Eve Candlelight Service would be online only "out of an abundance of caution," Ruff said.

He said that weekly services would resume on Jan. 3.

During the live stream on Sunday, many in the crowd were seen without masks.

After a nearly five-month hiatus of in-person services, the church began to gather again on Aug. 30 with outdoor services. Indoor services resumed Sept. 13.

Each week Franklin's television program, Kingdom Connection, is broadcast on major networks all over the world, according to his website. He is also a New York Times best-selling author, who has written ten books.