Johns Creek teen loses both parents to COVID in mere days: 'I know they're watching me from above'

Justin Hunter and his parents, Angie and Eugene, came down with the coronavirus. But, unlike him, they continued to decline. 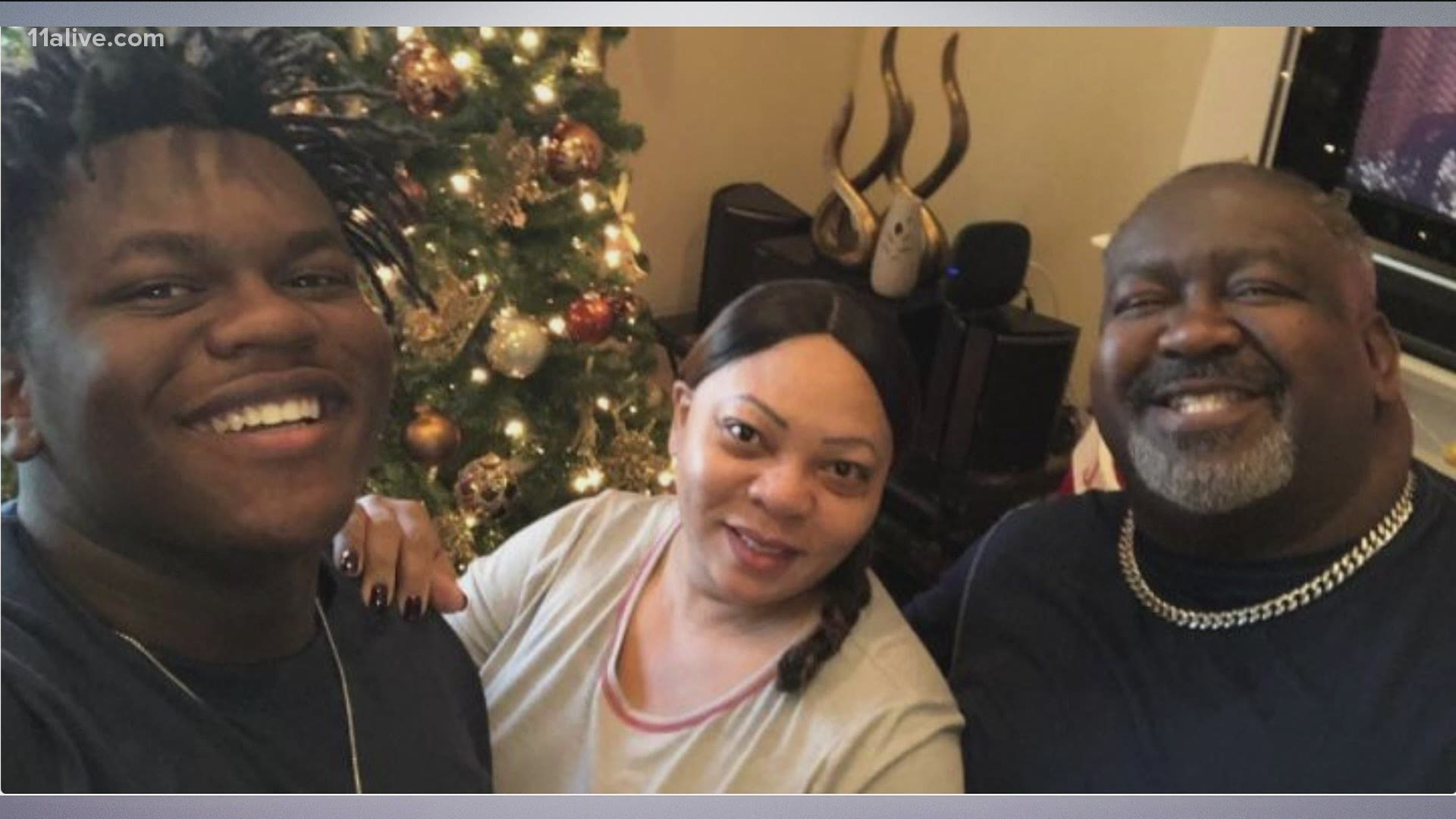 Justin Hunter said his parents, Angie and Eugene, had no pre-existing health conditions.

He said they all tested positive a week and a half earlier, so all three of them were quarantined. Then, both his parents' symptoms got worse and they were admitted into Emory Johns Creek Hospital.

But they didn't get better. On Sunday, July 26, his father, 59-year-old Eugene Hunter died.

"The hospital called me and had to break the news," Hunter said.

He said it was hard after losing his dad to only get to talk to his mom over the phone.

"(She said) she's gonna keep fighting to get better to come back," Hunter said.

But only four days later, on July 30, the hospital called again. This time to tell Hunter his 57-year-old mother, Angie had died

"(They) told me I couldn't come in and see them- I was torn up," Hunter said.

Hunter is still in quarantine, for at least a few more days. But he said he does not feel alone.

"I know they're watching me from above and they're gonna be the ones to give me strength to get through this," Hunter said.

He says it happened so fast that he is still in shock. But he said it helps to know they're in a better place.

"I know they're with God so they're in good hands," he said.

Hunter is a rising senior and hopes to go to college next year. There is also a GoFundMe page set up to help Justin Hunter: