The state's public health commissioner said they would begin reporting and keeping track of the data. 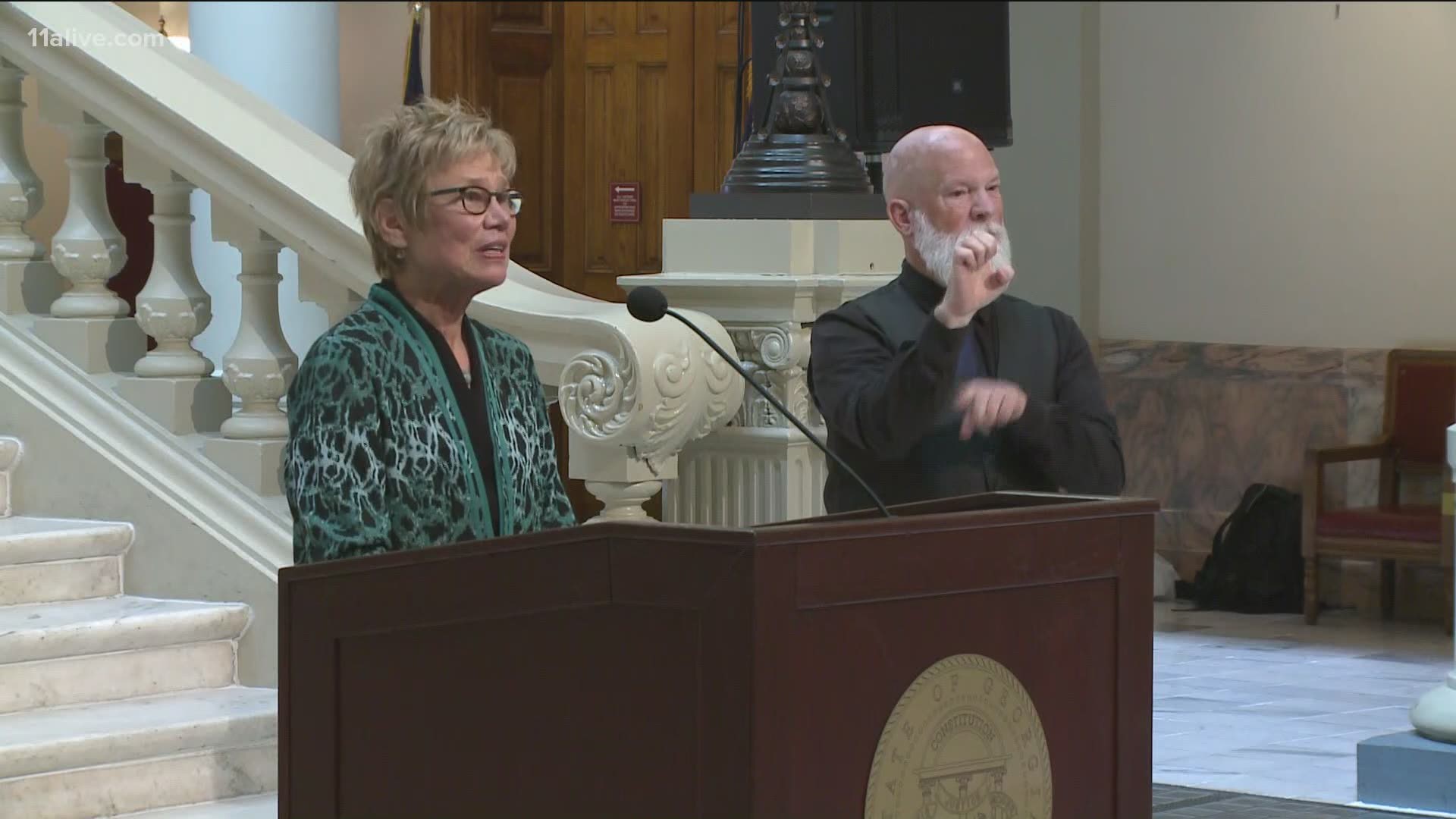 ATLANTA — Georgia has nine confirmed pediatric cases of the mystery illness, similar to the Kawasaki syndrome being seen spreading among children in the United States.

Georgia Department of Public Health Commissioner Dr. Kathleen Toomey made the announcement during the governor's press conference at the State Capitol on Thursday.

"We have nine cases right now in our state of the new pediatric kawasaki-like syndrome," she said. "That's something we had to begin reporting right now, because it was never recognized before."

In an additional statement from the DPH, a spokesperson said the nine cases were confirmed this week, however the illnesses occurred over the last several months. In addition to the nine confirmed cases, three more cases have been ruled out. Another three remain under review. The ages of the cases range from young children to early teens, the DPH said.

The U.S. Centers for Disease Control and Prevention recently sent an alert to doctors that warns of this inflammatory syndrome in children believed to be connected to the coronavirus pandemic.

The syndrome affects blood vessels and organs and symptoms include prolonged fever, abdominal pain and vomiting. Medical professionals say the syndrome appears to be an atypical Kawasaki-like disease, an illness that causes inflammation of the blood vessels throughout the body.

In testimony last week before a Senate committee on the administration’s coronavirus response, Dr. Anthony Fauci said children, in general, do better than adults and the elderly, but he warned there is still much to learn about the virus.

“For example right now, children presenting with COVID-19 who actually have a very strange inflammatory syndrome very similar to Kawasaki syndrome,” Fauci said. “I think we better be very careful that we are not cavalier in thinking that children are completely immune to the deleterious effects.”