'I appreciate his bold leadership and insight during these difficult times and the framework provided by the White House to safely move states forward," Kemp tweeted 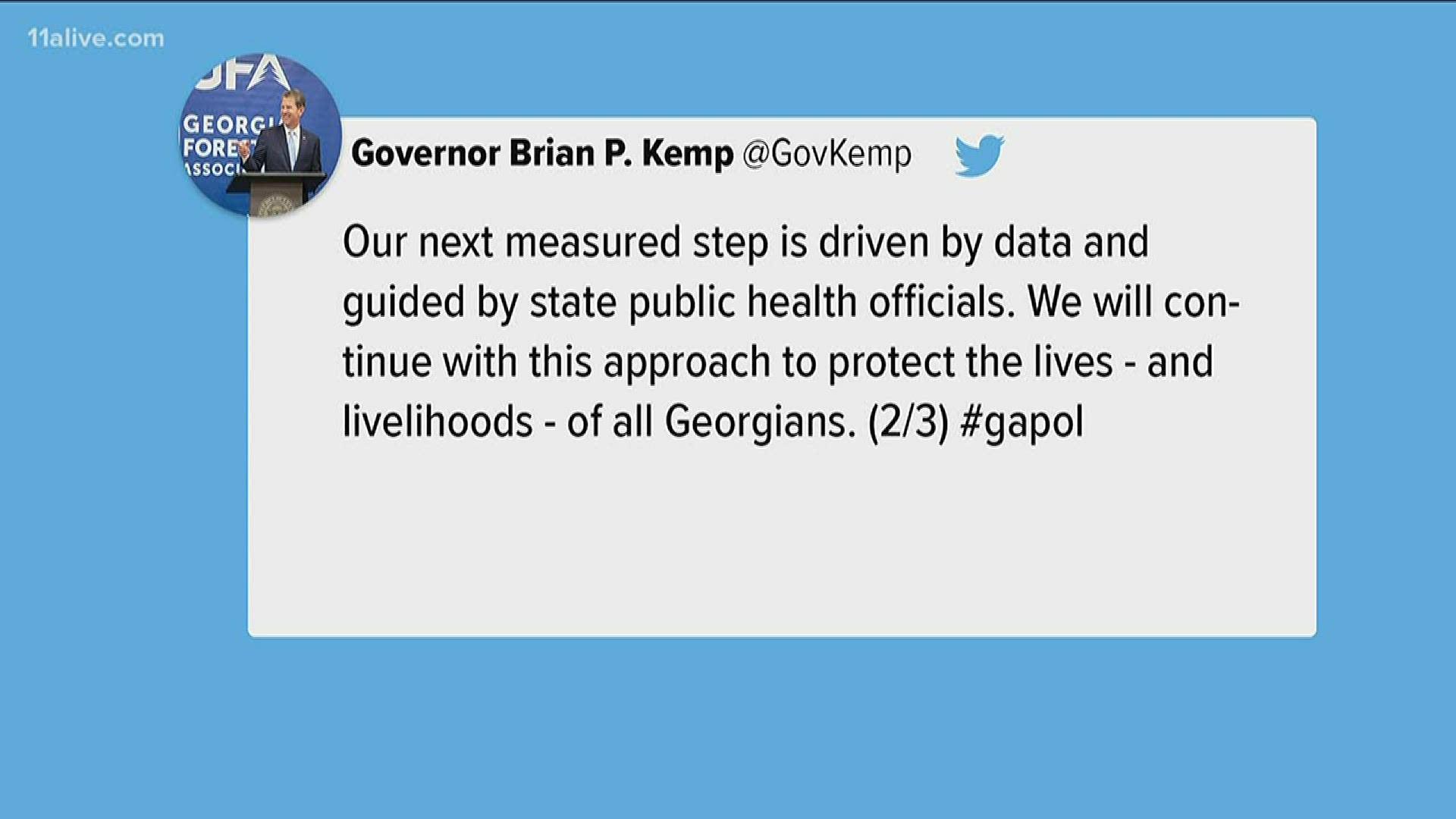 ATLANTA — After President Donald Trump said he "strongly" disagreed with Brian Kemp's decision to reopen Georgia's economy, the governor took to Twitter saying he is still confident that the businesses that decide to open will adhere to the guidelines that have been set.

"Earlier today, I discussed Georgia's plan to reopen shuttered businesses for limited operations with @POTUS," Kemp tweeted. "I appreciate his bold leadership and insight during these difficult times and the framework provided by the White House to safely move states forward."

"Our next measured step is driven by data and guided by state public health officials. We will continue with this approach to protect the lives - and livelihoods - of all Georgians," Kemp added.

During the White House Coronavirus Task Force Briefing on Wednesday, Trump mentioned that he had a conversation with Kemp and told him that he strongly disagreed with the decision to open certain facilities.

"I think spas, beauty salons, and tattoo parlors and barbershops in Phase One, we’ll have Phase Two very soon. It’s just too soon. I think it’s just too soon," Trump said.  "And I love the people, I love those people that use all of those things the spas and the beauty parlors and barbershops and tattoo parlors, I love them. But they can wait a little bit longer, just a little bit, not much.

In a tweet, Kemp said he's confident that business owners who decide to reopen will "adhere to Minimum Basic Operations, which prioritize the health and well-being of employees and customers."

Before the president's remarks, Kemp did a one-on-one live interview with 11Alive's Jeff Hullinger where Kemp briefly mentioned that he talked to the president and Vice President Mike Pence recently, calling the conversation with Trump "great".

He also mentioned that his decision was based on science and data.

"I trust our people to do the right thing follow the guidance and open when appropriate," he said.