Kemp: Had to get the state moving toward getting back to work

The governor held his first press conference since some businesses were permitted to begin reopening under strict social distancing guidelines. 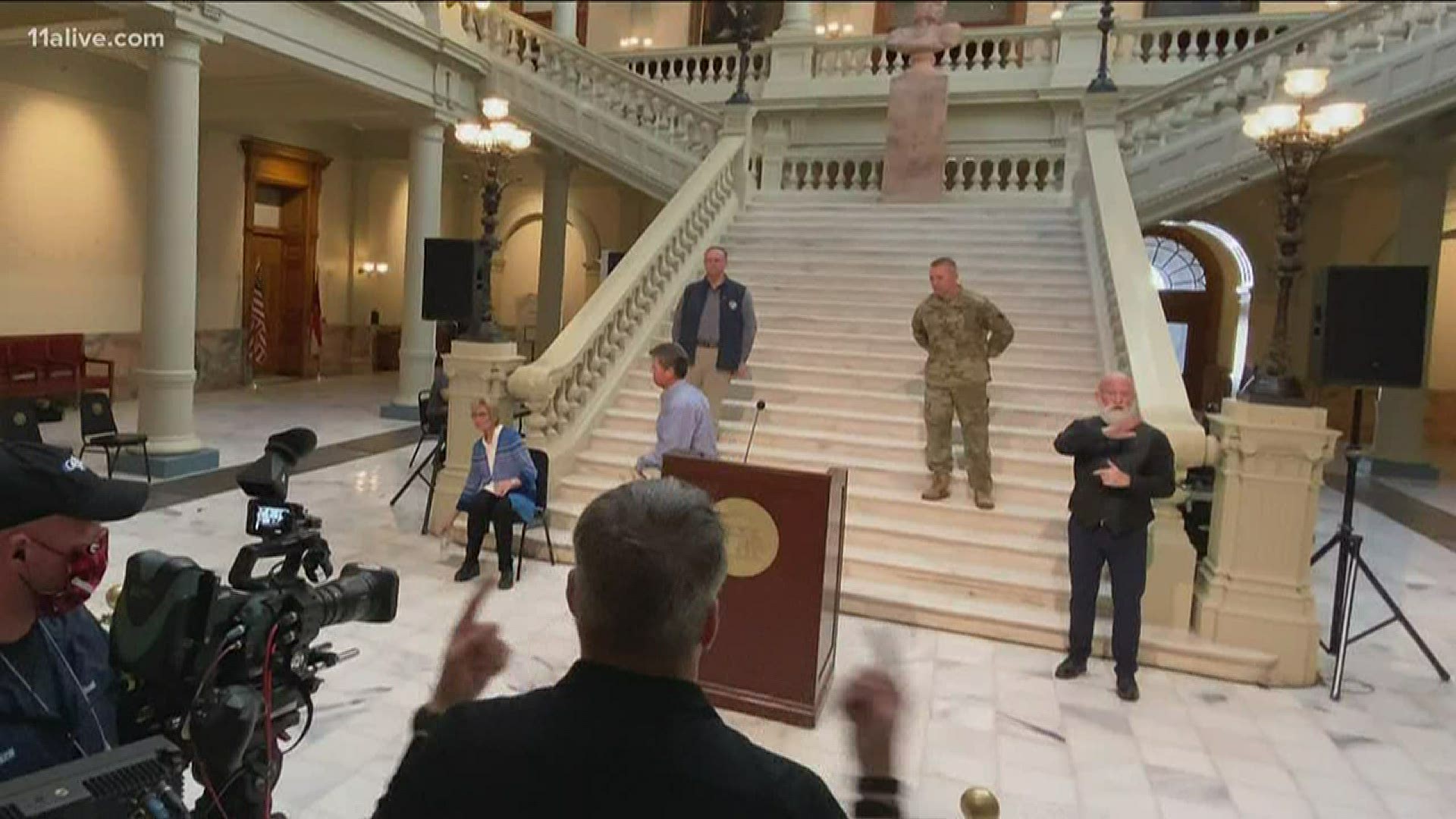 The governor said that he was happy with how things were moving forward, given the adherence to the overall guidelines that he set forward in fighting COVID-19.

Georgia is one of the first states to allow businesses to reopen in the wake of the novel coronavirus, with barbers, hair salons, gyms, and bowling alleys being permitted to reopen last Friday.

Sit-down restaurants, movie theaters, and social clubs were permitted to reopen on Monday. In both categories, strict social distancing guidelines were set forth for businesses that made the choice to reopen.

The governor said that he made the move to push forward in order to allow business owners to get back to work, in many cases, so that they would not lose their livelihoods.

Kemp had faced criticism last week from President Donald Trump, who suggested that he was moving a bit too quickly in permitting businesses to go back to work in Georgia.

This was after a national scientific model which the CDC and other national researchers have touted as being most accurate indicated that the state would be best served by waiting until mid-June before permitting businesses to begin to get back underway in Georgia.

His statement led to a contentious exchange with NBC News reporter Blayne Alexander, where she asked him about what data Kemp and the state of Georgia were using to make the decision to move forward, especially given that the president and others had said the state was moving too quickly.

"I know it may be hard for NBC News to understand this, but all the data is publicly available on the public health department's website," Kemp said. "As I've said before, I've made the decisions based in conjunction with Dr. Toomey and many, many other individuals, and following the data. And there's a lot of data. I've mentioned a lot of it today."

RELATED: Coronavirus in Georgia | Confirmed cases at 23,773 with 942 deaths

Toomey said that while the full criteria that the federal government has not been met by Georgia, enough of the markers were met that allowed the state to move forward.

The shelter-in-place order for Georgia's residents remains in effect through Thursday, April 30, Kemp said. He emphasized that the medically fragile would still need to remain sheltered through at least May 13.

Kemp said that both of those dates remain fluid and that his office is re-evaluating what things will look like beyond those dates.

The governor said that it certainly would not be a matter of returning to business as it was prior to what it was before the pandemic began.

Lawrenceville threatre invites you to join the digital stage