He said he thinks a lot of people do not have a "good understanding" of how the state plans to do reopen and what the ground rules are going to be. 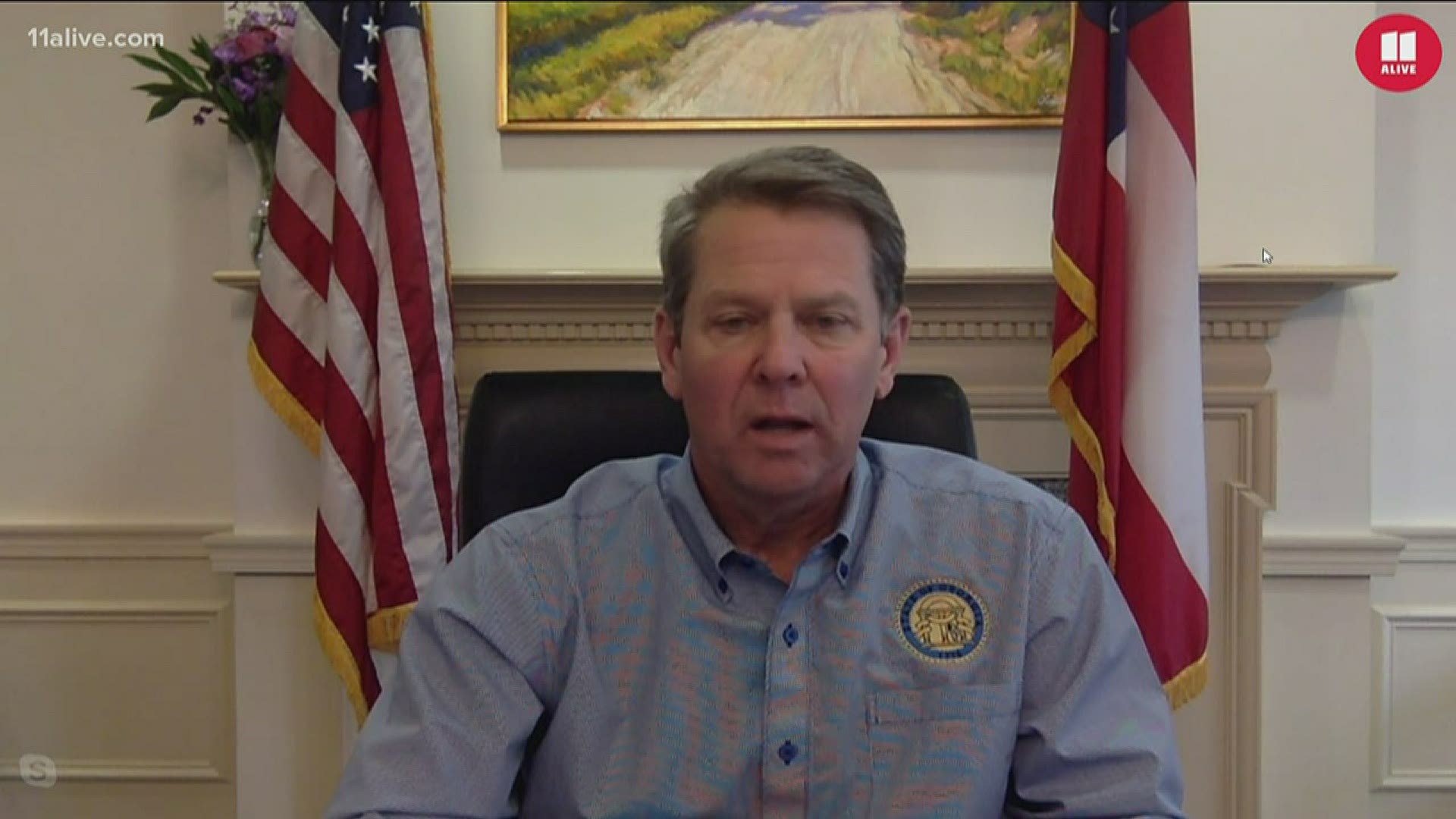 ATLANTA — In an interview with 11Alive's Jeff Hullinger on Wednesday, Georgia Gov. Brian Kemp said he stands by his decision to start opening businesses in the state.

Gov. Kemp announced on Monday that salons, spas, tattoo parlors and bowling alleys would be among the business that can start to open on Friday. On Monday, restaurants could begin offering dine-in service and theaters can open.

When asked about the criticism he's received locally and nationally, he said there will be strict guidelines.

He said he thinks a lot of people do not have a "good understanding" of how the state plans to reopen and what the ground rules are going to be.

RELATED: With decision to reopen, Kemp draws all eyes on Georgia

"We’re not handing the keys back to people and telling them hey back to business as normal," Gov. Kemp said. "There’s a lot of great businesses in our state operating right now under 20 strict guidelines. You haven’t heard the horror stories in those businesses."

He said that trusting the businesses to do the right thing will be pivotal.

"They have a liability duty perspective to their employees to keep them safe. They’ve got to convince their customers that it is safe to come back into these establishments," he said.

"We have to trust the entrepreneurship in our state. We also have to trust human nature that our business people - for their financial future - are going to make sure they’re doing things the right way," he added.

On Tuesday, his office released the new guidelines for salons and spas to open beginning on Friday.

Kemp also understands that not all businesses that are able to open, will open.

"Some people say 'it may not be time for us,' others it's going to take them a few days to even start ramping up where they could start doing basic minimum operations ... get the facilities cleaned like they need to and I want to give them the opportunity to do that."

He continued to say this was a decision based on science on the data we’re seeing.

Less than an hour after the interview with 11Alive, President Donald Trump said during his daily White House Coronavirus Task Force briefing that he "strongly" disagreed with Kemp's decision to begin reopening Georgia.

Kemp, in a series of Tweets, reiterated what he told 11Alive.

"Our next measured step is driven by data and guided by state public health officials. We will continue with this approach to protect the lives - and livelihoods - of all Georgians," Kemp said in the Tweets. "Just like the thousands of businesses currently operating throughout Georgia, I am confident that business owners who decide to reopen will adhere to Minimum Basic Operations, which prioritize the health and well-being of employees and customers."