Kemp said he's been trying to balance the needs of the state, while allowing the leaders of those smaller communities to determine what's best for them. 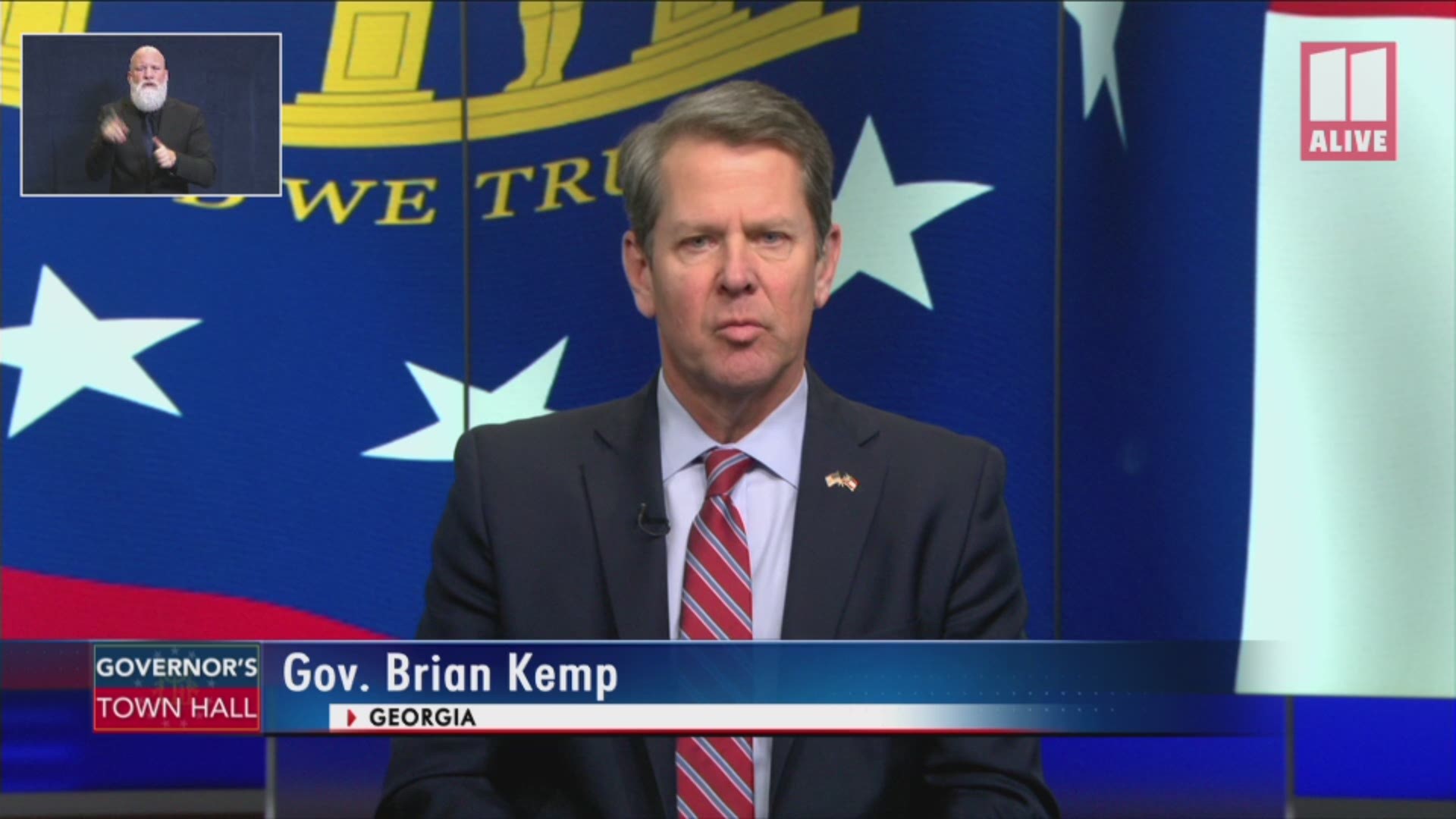 ATLANTA — It's a question that citizens across the state of Georgia have been asking since the coronavirus pandemic reached our state: Will Gov. Brian Kemp issue a shelter in place order for Georgians?

The question has come up repeatedly after one medical expert warned that Georgia was approaching the point of "no return" when it comes to curbing the spread of COVID-19, that has claimed more than 50 lives in a matter of weeks.

While Kemp ordered on Monday for those who were deemed vulnerable to the virus or medically fragile to shelter in place, he has not yet made the order apply to the whole state.

RELATED: Coronavirus has likely been in Georgia since last year, governor tells 11Alive

Kemp addressed that question during a virtual townhall for the state, hosted by media outlets, including 11Alive.

In his response, Kemp said he has been relying heavily on the advice medical experts from both Emory and the Georgia Department of Public Health.

"I've gotten a lot of great advice, I'm making decisions based on that advice, but I'm having to govern the whole state," Kemp said. "It's much different than certainly what Mayor Bottoms and other local elected officials have done. I've been in discussions with all of them about ways to handle this. I'm supportive of the actions that they're taking."

Kemp said he's been trying to balance the needs of the state, while allowing the leaders of those smaller communities to determine what's best for them - much, Kemp said, in the way the President and Vice President are allowing governors to make decisions for their states in how best to proceed. Kemp offered what's happening in Albany as an example.

The southwest Georgia city in Dougherty County has been hard-hit by the virus; it has the highest number of cases of - and deaths from - COVID-19 in the state, outside of the metro Atlanta area.

"I asked them a week ago if they wanted me to take action to help them with the hotspot that we have down there. They asked me not to do that, they wanted to handle that locally," Kemp said. "A week later, I was on a call with all the local elected officials not only in Dougherty County but surrounding counties as they all came together to take action. We have a lot of resources on the ground down there, but that's why I've made the decisions that I've made."

"I still have arrows in quiver, if you will, if things get worse," he added.

RELATED: These states have issued stay-at-home orders. What does that mean?

Kemp continued, saying that even though a state-wide shelter-in-place order is not in effect, it's up to Georgians across the state to help stop COVI-19.

"My case tonight to Georgians is, if you will help us stop the spread, continue to fulfill the 15 days that the president, vice president and the national task force to stop the spread ... if we can get our citizens to follow these directions, we will absolutely turn this curve. We can get on the other side of this virus."

"It's critical that we do that for our healthcare system," Kemp concluded.

With jobless claims up due to COVID-19, Georgia extends length of time individuals can collect unemployment benefits