The governor announced the news in a Wednesday press conference from the state capitol. 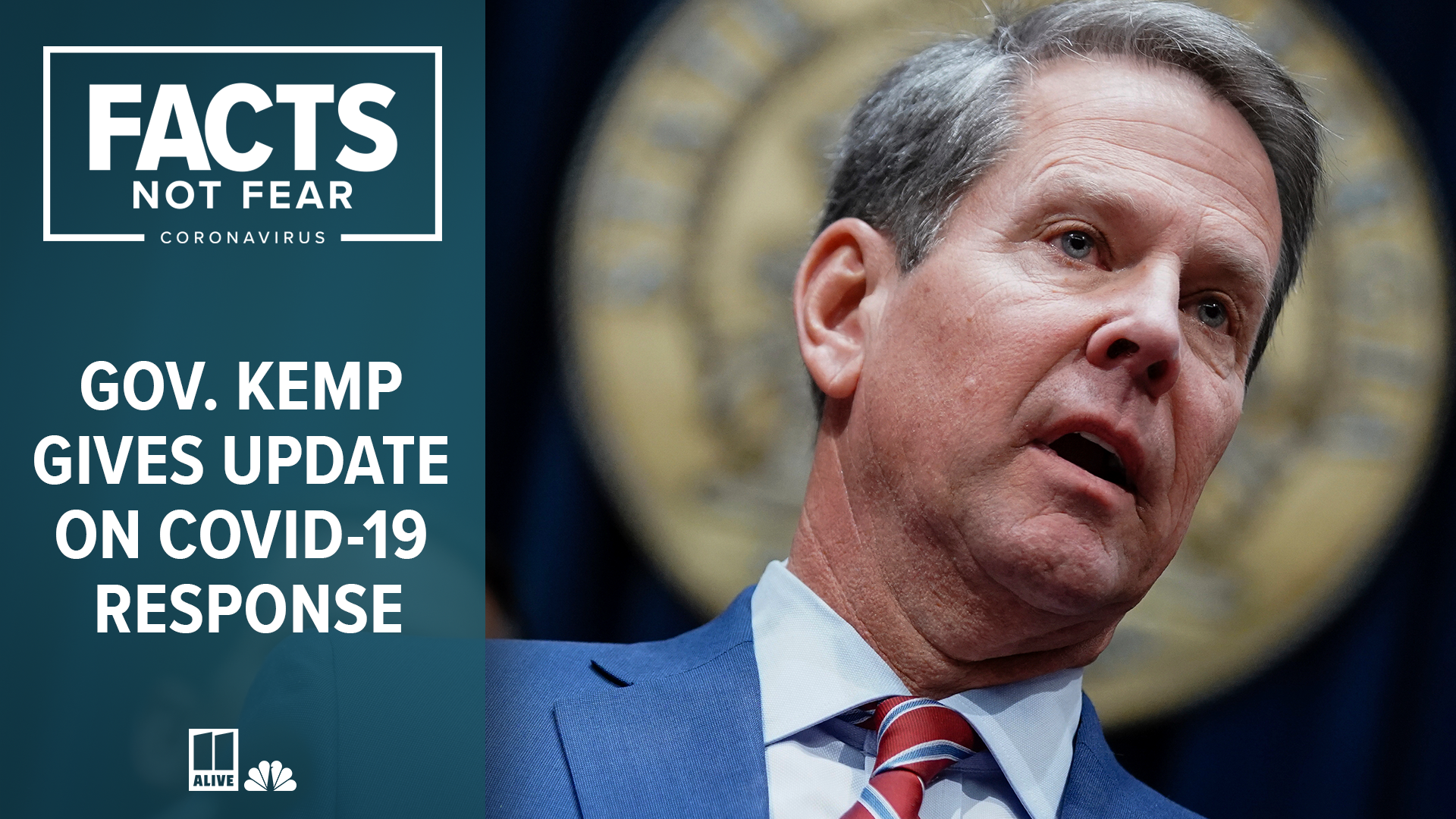 ATLANTA — Update: Gov. Kemp has signed the order. Here's what you need to know.

Weeks into the coronavirus pandemic's onslaught in Georgia, Gov. Brian Kemp said he will issue a statewide order for all Georgians to stay at home.

The governor announced the news in a Wednesday press conference from the state capitol. The move comes as the statewide - and nationwide - fight to gain control on the spread of the COVID-19 coronavirus intensifies.

"Tomorrow, I will sign a statewide shelter-in-place order which will go into effect on Friday and run through April 13, 2020," Kemp said. "This date is in line with our public health emergency order."

Essential businesses, he said, will remain open and that the order will be presented to the public on Thursday.

When Kemp initially declared a Public Health Emergency in Georgia - the state's first ever - last month, Kemp seemed reluctant to issue the order for all Georgians to stay at home.  While did order for populations vulnerable to the virus to shelter-in-place, it did not apply to all Georgians. Yet, even Georgia's own citizens called for the governor to enact a blanket order.

In a virtual town hall last week, Kemp said he wanted to leave it up to the state's local leaders to decide how to handle those requests. Several cities have taken that liberty and issued their own orders, including in Atlanta, and others.

RELATED: Atlanta mayor: If it were my call I would have a stay-at home-order for the entire country

However, in the last week, more and more governors of U.S. states have issued similar orders to combat the virus. As of Wednesday morning, Georgia was one of a handful of states who still did not have stay at home orders in place. But hours after Florida's governor Ron DeSantis issued his own order that afternoon, Gov. Kemp followed suit.

The virus has spread like wildfire across the state and has shown no sign of slowing. In Fulton County alone, there are more than 600 positive cases of the virus with 19 deaths being reported. But the virus has exploded in hard-hit Dougherty County in southwest Georgia, where there are 480 positive cases of COVID-19, the second-highest amount of cases in the state. It has also proven to be especially deadly there; 27 of the state's 139 deaths have happened in the rural county.

In a Tuesday White House briefing by President Trump's coronavirus task force, health officials warned that between 100,000 and 200,000 Americans could potentially die from the virus, even in the best case scenario of everyone heeding orders to stay at home whenever necessary. Georgia's own local health experts said that the worst of the virus has yet to come, and predicted April 23 as the state's worst day for the virus, with an estimated 84 people who could die during the pandemic's "peak week" in the state.

But, with Georgia's own stay at home order that will be in place, health officials hope that the spread of the virus will slow, and spare the healthcare system that's already been stretched thin.

News for coronavirus in Georgia

Why you're not seeing COVID-19 recovery numbers in Georgia

Georgia only at the beginning of seeing fatal cases of coronavirus, model predicts