Clamor for tougher measures in Georgia being led by Democrats and health care professionals. 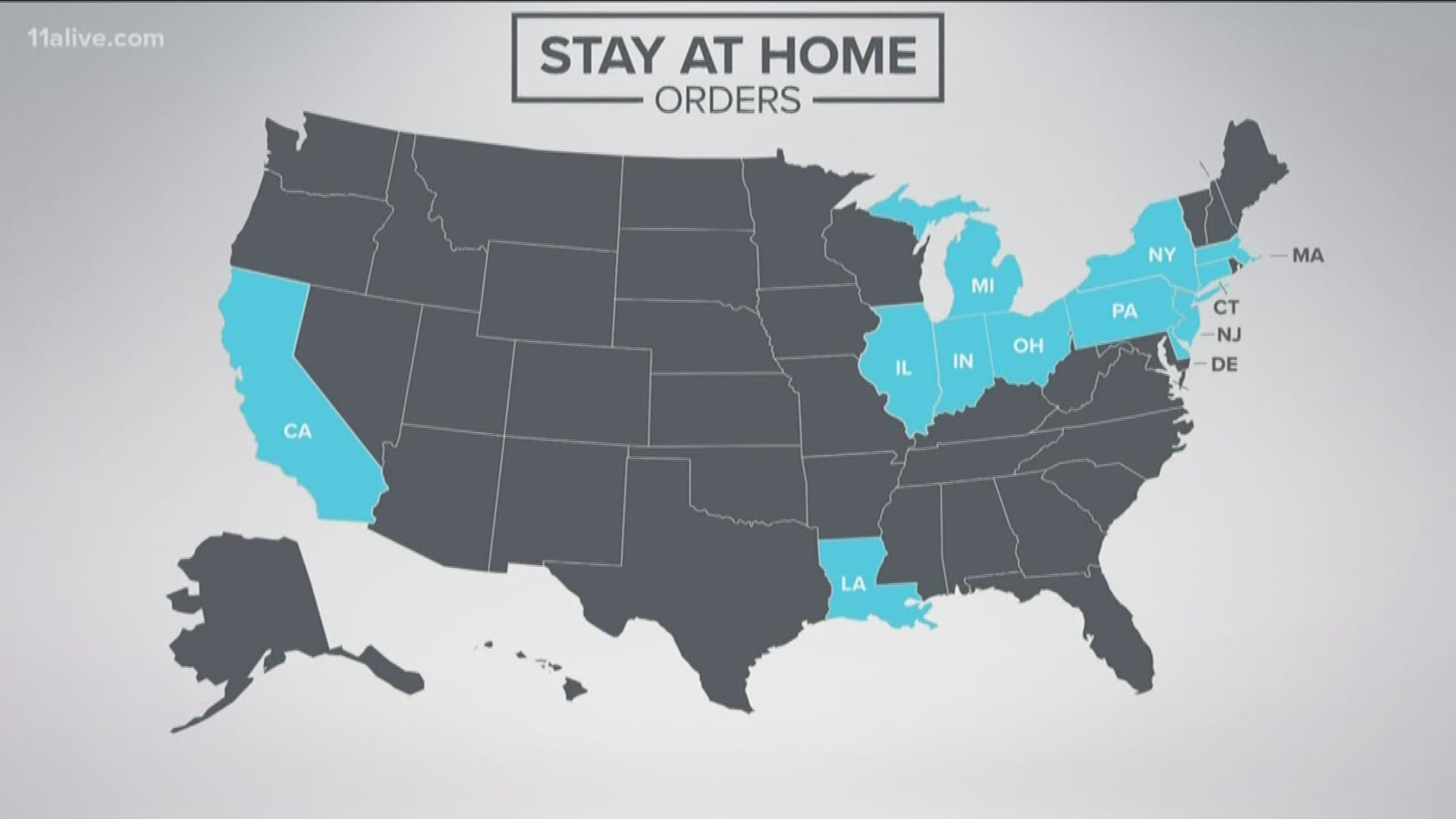 ATLANTA — Late Monday afternoon, Gov. Brian Kemp ordered a “shelter in place” for elderly and medically vulnerable Georgians -- many of whom have already placed themselves into quarantine against the coronavirus pandemic.

The governor also ordered bars and nightclubs across the state to close.

Kemp declined to expand the quarantine order to include younger or more healthy residents as a number of other states have already done.

Kemp said last week that he would not do any such thing here.

"I continue to call on locals to take appropriate action in their communities," Kemp said last Thursday.

A look at the Atlanta BeltLine's popular Eastside Trail on Saturday gave a taste of how difficult such an order would be in some parts of Atlanta.

Medical experts say healthy, younger people can spread the virus when they decline to quarantine themselves or to practice "social distancing," while having muted symptoms themselves.

It is not clear how much the scene of people gathered on a warm, spring day on the BeltLine would really change under a more restrictive government order, but Democratic State Rep. Scott Holcomb of Atlanta said on Monday that it is time to try.

"In a crisis, it's important to be fast and big, not slow and small. And incrementalism does not work," Holcomb said. "I think we need to act and the time is right now."

Holcomb added that enforcement would be difficult, saying Georgians would largely have to "self-enforce."

After Kep announced the new, incremental restrictions, state Sen. Jen Jordan (D-Atlanta) described them on Twitter as "so incredibly weak."

Holcomb said the patchwork of rules in different jurisdictions around Georgia is confusing residents and muddying the government message needed against the pandemic.

Kemp's Twitter feed has been awash with criticism of his unwillingness to "shut it down." Some of the criticism has come from folks who say they support the governor, yet are pleading with him to take tougher action.

Then, there are health care workers -- including Dr. Mary Beth Sexton, an infectious disease specialist at Emory University -- who says the pandemic calls for a strong government response.

"There are all these questions about, 'Is something too much? Is it overkill?'" Dr. Sexton asked during an interview with 11Alive News. "The thing is here, if it looks like this was overkill a couple of weeks or months from now, then we actually did our jobs right and did the right thing. We want this to look like it was overkill -- because it'll mean it worked."

'This was never meant to be a vacation; It was meant to save lives' | Atlanta ER doctor pleads with people to stay home

How to file for unemployment during the coronavirus pandemic