Health officials: Wear masks, practice social distancing even if you test negative for COVID before Thanksgiving

'It is particularly important that we don’t use that COVID test as a justification to go and not follow the guidelines.' 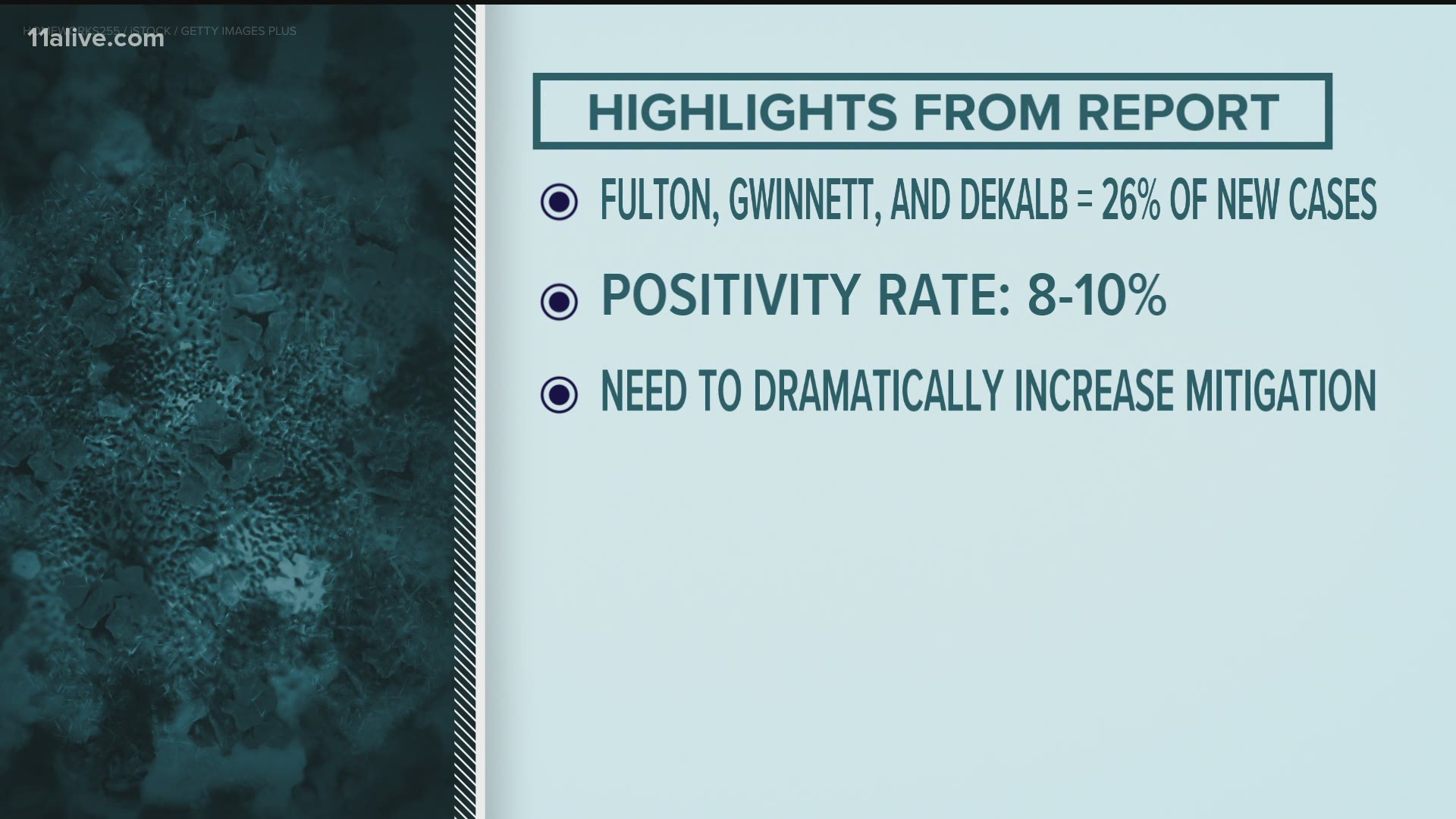 Tuesday afternoon, Gov. Brian Kemp said he’s still hopeful the holiday weekend will only bring a “bump in cases, not a spike.”

He also said he was glad to see the state ranks near the bottom of rising infections, 48th out of 50 states.

“We cannot go grow weary. We have to keep our foot on the gas in this fight and as celebrate this Thanksgiving on Thursday, I think we all have plenty to be thankful for,” said Kemp inside the Capitol.

Kemp said he doesn’t plan to implement any additional measures. Instead, he’s asking Georgians to do the right thing and adhere to public health guidelines.

He called for Georgians to continue wearing a mask, socially distance, wash your hands, following health guidelines and, finally get a flu shot.

She said a lot of people are getting a COVID test and using it as a justification for visiting family. Toomey said that a negative test could be a false sense of security because you could still contract the virus hours later and potentially transmit the virus.

“So, it is particularly important that we don’t use that COVID test as a justification to go and not follow the guidelines,” Toomey said.

Toomey also urged Georgians to stay at home for Thanksgiving and to use web applications, like Zoom, to catch up with family.

Kemp said the state could get some vaccine doses as early as mid-December.

He’s tapped Georgia Insurance Commissioner John King to coordinate with federal agencies to get the doses. King also serves as a Major General in the U.S. Army National Guard.

According to King, the CDC has approved the state’s vaccine plan, which includes identifying locations to get the vaccine, acquiring equipment to keep the doses refrigerated and getting the vaccine to the state’s most vulnerable first, like nursing home residents.

King said while it’s promising the vaccine is on its way, this is not the time to be complacent.

“Dr. Fauci recently said, ‘You know when you’re waiting for the calvary to arrive, you double down,” said King. “As a calvary officer in the military, that makes a lot of sense to me. We know that the vaccine is coming, we can’t let our guard down.”

King and Toomey are not sure how many doses the state will get initially, but it won’t be a lot at first.