During a meeting on Monday, one commissioner expressed interest in shaking up the health district's current board members by bringing in an elected official. 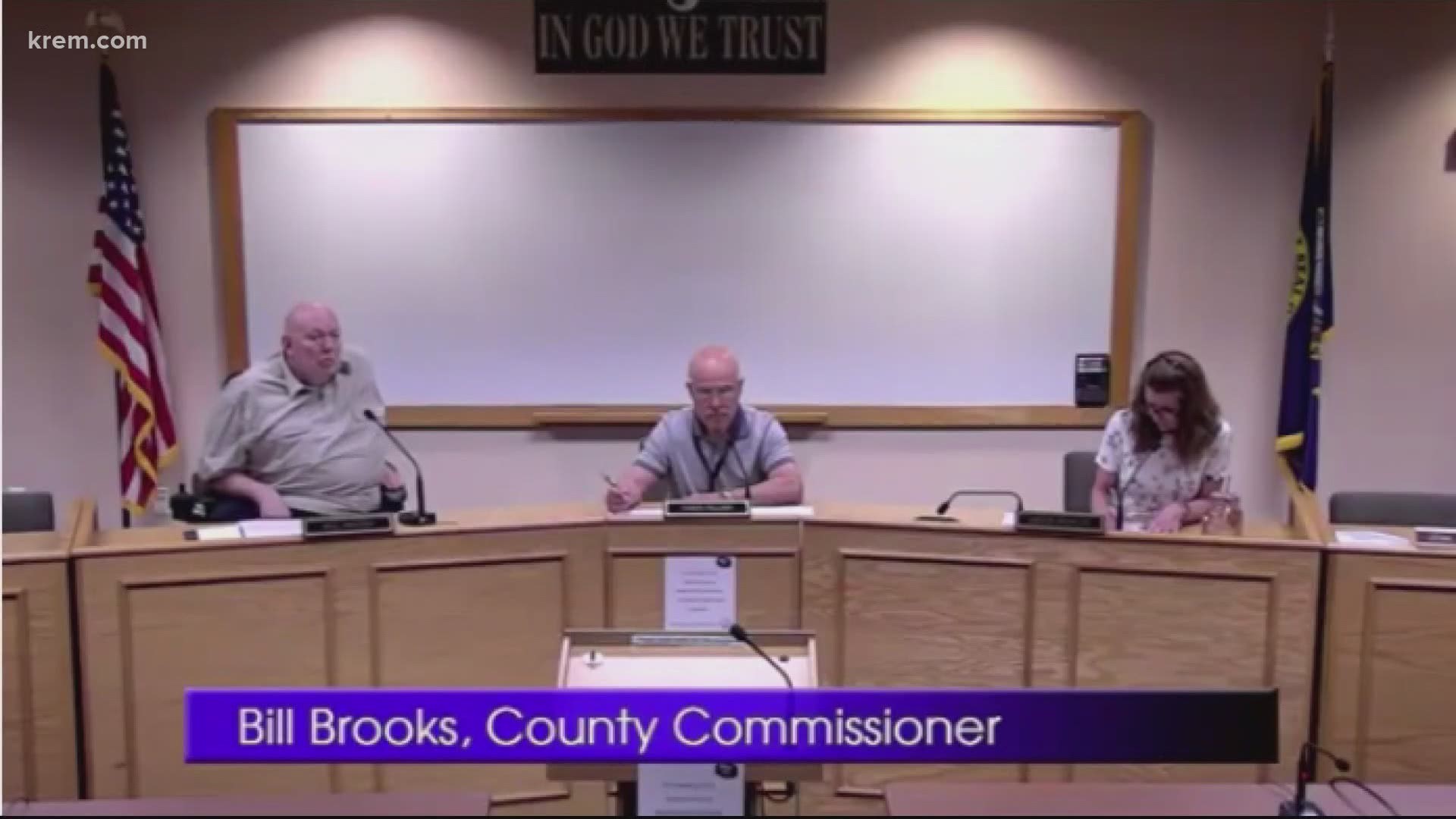 During a status update agenda meeting on Monday, one commissioner additionally expressed interest in shaking up the health district's current board members by bringing in an elected official to represent Kootenai County voters.

The fallout comes after Panhandle Health passed a controversial order last week in the wake of the COVID-19 pandemic that requires face coverings in public places in Kootenai County where social distancing isn't possible. Exceptions include children under two and those with health conditions that prevent them from wearing face masks.

Local officials have said that, citing state law, the Panhandle Health board acted legally in passing the order. But the composition of the health district's board has since come under fire by many who opposed the mask mandate.

Under state law, members of a health district board are appointed to their positions and are confirmed by a majority vote of all county commissioners within the applicable health district. The Panhandle Health District encompasses Idaho's five northern counties.

Of PHD's seven board members, two are from Kootenai County. Richard McLandress, a family physician, was first appointed to PHD's board in 1985. Jai Nelson, a registered nurse and former Kootenai County commissioner, has served on the board since 2011.

Some of Kootenai County's commissioners, along with members of the public, questioned the morality of having non-elected members of the health board pass the district's legally enforceable face mask mandate.

"Nobody elected them. They were appointed," said commissioner Bill Brooks on Monday. "I think people in those positions should be responsive to the voters."

Both Brooks and fellow commissioner Chris Fillios noted that their office had received well over 100 emails from concerned members of the public regarding the Panhandle Health mask mandate.

"This is state law folks, we don't write these," said Fillios during the status update meeting. "This is the law as prescribed."

RELATED: What to expect from the possible second stimulus check

Leslie Duncan, the county's third commissioner, expressed her interest in changing the dynamic of the health district's board.

"I think we should move forward into getting an elected person on that board to represent us," Duncan said.

In addition to making appointments to a health district's board, state law also allows for board members to be removed by a majority vote of county commissioners within the district.

As the commissioners discussed the health district's board, and didn't take any formal action, a small group of demonstrators gathered outside the county building to express their displeasure with PHD's mask rule.

"We're here because we do not like the mandates that are being forced upon us by other people," said Gerald Guthrie who was demonstrating with his family.  "There's a place for masks, but it's not on a full-time daily basis."

In the background, members of the public held signs reading "Don't mask my freedom" and "Say no to mandatory masks."

"We don't like people taking the liberties and making tyrannical decisions that affect us," said a man who goes by the name Viper and represents the Panhandle Patriot riding club.  "Wear a mask if that makes you feel more comfortable. But don't force your beliefs on a healthy population and make us submit to your way of thinking."

RELATED: 240 new cases reported in Spokane County over the weekend: What we know today about coronavirus numbers