Educators express growing concerns that some students may fall behind due to a lack of access to important resources. 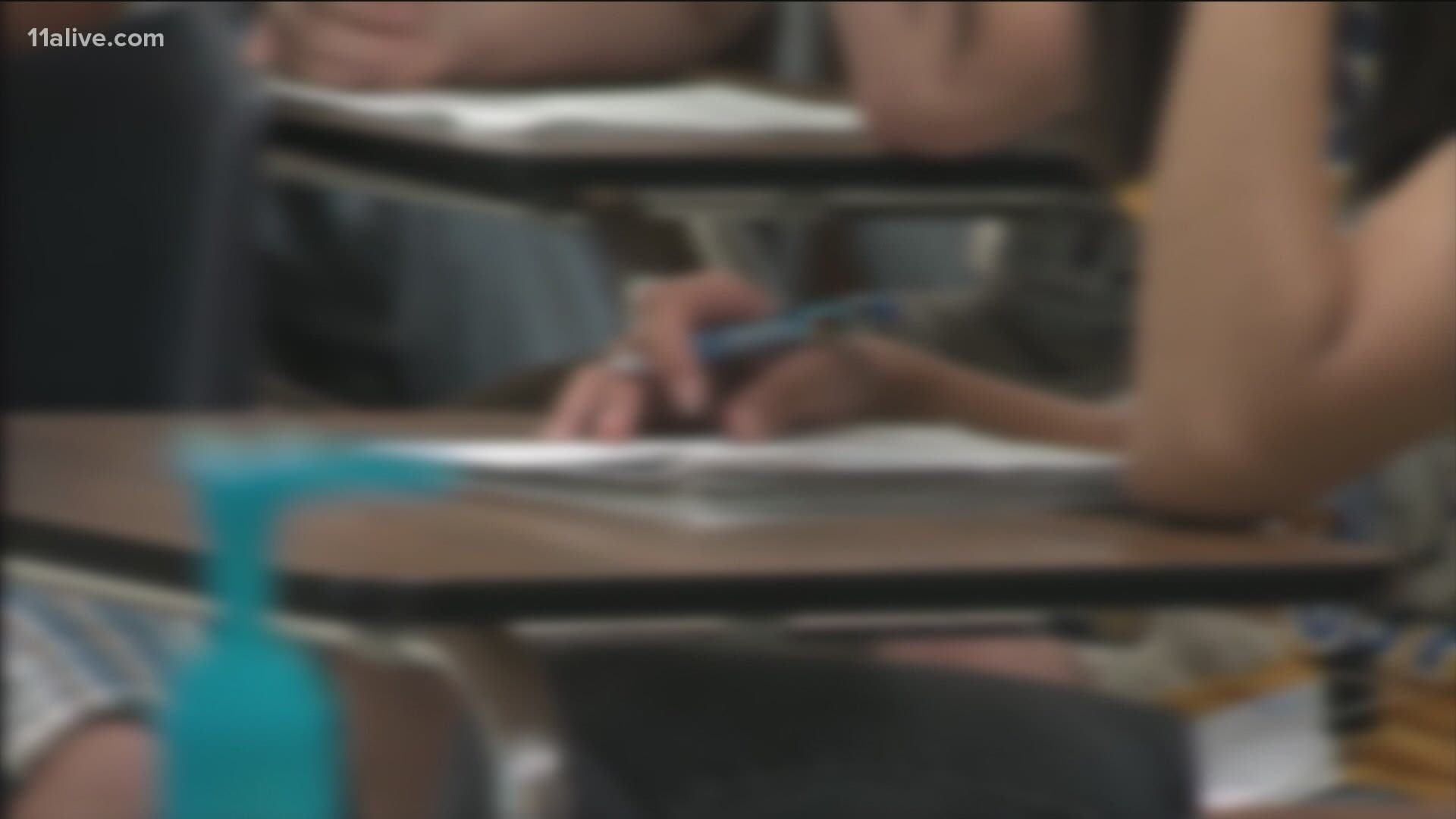 GWINNETT COUNTY, Ga. — Gwinnett County Public Schools will be going fully digital, at least for the first several weeks of the upcoming school year, as we continue to see a rise in COVID-19 cases in Georgia.

Originally, families were given a choice: in-person or online learning. But educators still gathered in the county for a rally Monday morning saying that there’s a lot the district needs to address before classes start.

Teachers said they want the option of working from home or from the classroom and some said the digital divide is still a problem for a lot of kids in the district.

11Alive looked at inequity in education even before the pandemic. Now, with online learning, there's growing concern some might fall behind even further. Access to a computer and internet seem nearly essential as COVID-19 continues to close classroom doors, shifting learning from a pencil to a click.

But access has proven to be a challenge for many Hispanic and African American students.

“I feel like this is just another variable, another layer added, that helps widen that gap and then some of our kids might not ever get out of that,” Nury Castillo Crawford said. “And that definitely worries me.”

“I think all of us just want what's best for our kids,” she said.

A survey by SOMOS found in April that, amid the pandemic, nearly 40 percent of Latinos did not have broadband internet access at home and 32 percent did not have a computer. The divide is felt in Gwinnett County where Hispanic and Latino students make up 32 percent of the district compared to 21 percent who identify as Caucasian.

“I had parents tell me, ‘You know, we walked with a Chromebook to McDonald’s and we sat outside of the parking lot,’ you know, not even in a car,” Crawford said. “She was like, ‘We sat outside with my two kids and we did - they did - their work outside in a parking lot at McDonald's.

As Gwinnett prepares for its public schools to start virtually, Crawford said the school district will provide hot spots and laptops to those in need. But there is still some concern for households with more than one student.

“You know, there's families that they have a elementary, middle school and high school kids and they cannot provide laptops,” Gwinnett parent Julie Gomez said. “Probably, they have one laptop for the whole entire family.”

Some educators also said that another challenge faced by some parents when trying to gain internet access was that these companies sometimes ask parents to provide their Social Security numbers. And while many immigrants don't even have one, others just don't feel comfortable providing one.