Both sides have been ordered to mediation -- prior to a scheduled court date on Tuesday. 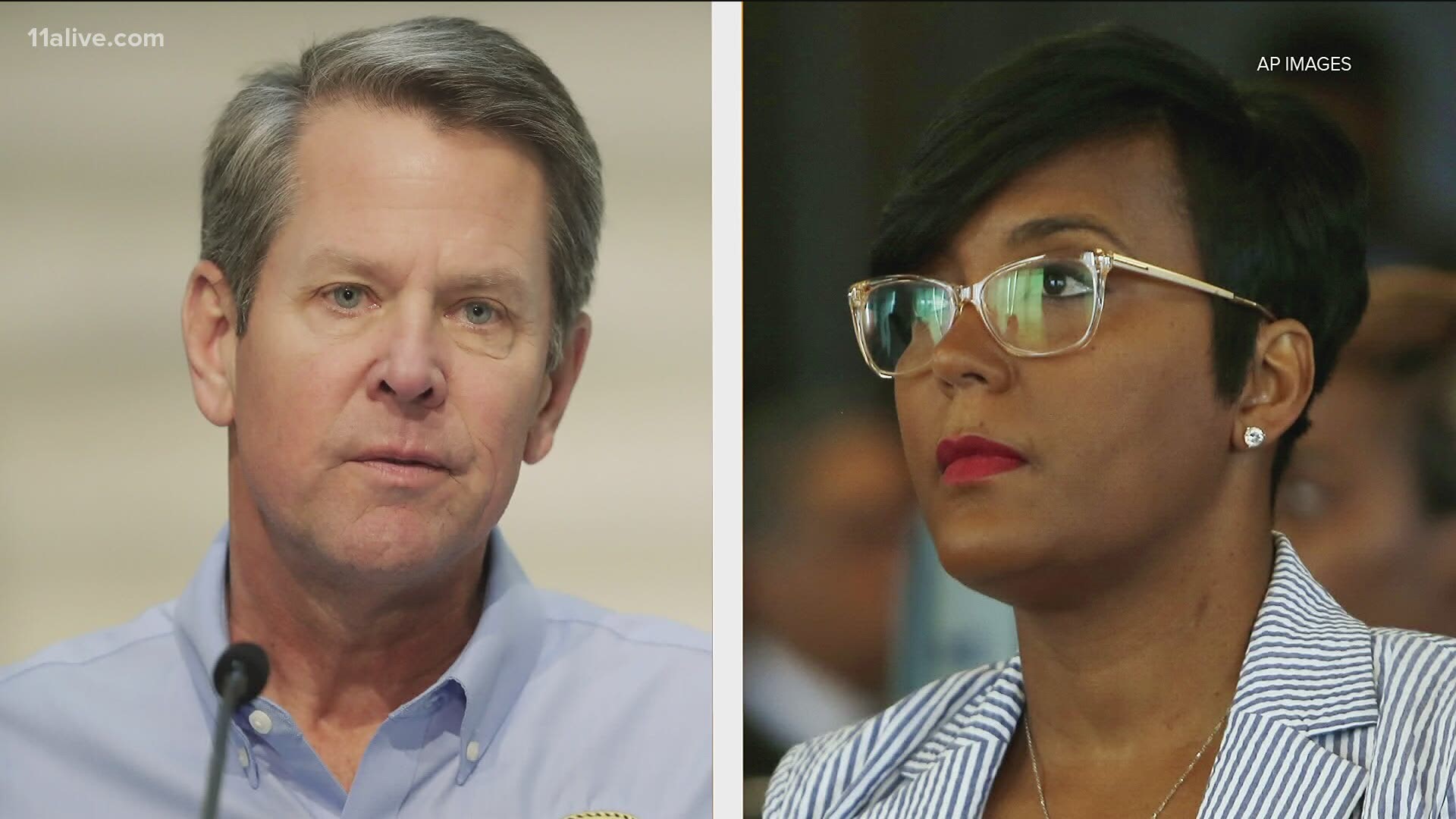 ATLANTA — Lawyers for Atlanta Mayor Keisha Lance Bottoms have filed a brief in Fulton Superior Court on Monday in response to the lawsuit filed by Georgia Gov. Brian Kemp against the mayor and the city council on July 16.

Kemp filed the suit in response to the way Bottoms and members of the council are handling the COVID-19 pandemic. The governor argues that local leaders do not have the authority to impose measures within the city limits that are more or less restrictive than those contained within any executive orders he has put in place statewide.

While the leaders of many states have imposed mask restrictions, Kemp is opposed to a statewide mask order, saying his office would "strongly encourage" mask use by Georgians.

The city of Atlanta is among more than a dozen jurisdictions in the state that imposed mask mandates of their own in order to curb the spread of COVID-19.

Bottoms countered, rejecting the governor's order, saying that her mandate for the city of Atlanta -- which includes passengers passing through Hartsfield-Jackson International Airport -- would stand.

"I believe that our city's mask ordinance, and I believe those across the state, are defensible, and it is not just my posture but the posture of many mayors across this state that our policies are enforceable and they stand," said Bottoms, who had, herself, tested positive for the coronavirus.

When the governor brought the lawsuit against the mayor and each of the city councilmembers, by name, he said he was suing "on behalf of Atlanta business owners and their hardworking employees who are struggling to survive during these difficult times."

An initial hearing had been scheduled on the lawsuit on July 21, but since that date, two judges -- Judge Kelly Ellerbe and Judge Shawn LaGrua -- both recused themselves from the case.

Ellerbe, because she said she had consulted with the city council about the case, and LaGrua later saying she could not hear the case because she formerly worked as inspector general for Kemp while he was Georgia's secretary of state.

The court has ordered the governor and mayor into mediation over the matter, which may pave the way to settle the matter out of court.

However, prior to the mediation order, a hearing had been scheduled for Tuesday, July 28.

The court-ordered mediation was to have taken place prior to the scheduled court date.

RELATED: Bottoms bristles at request for emergency injunction against speaking to press

In addition, the city's brief says the governor's motion is out of line specifically in terms of attempting to enjoin the mayor from "issuing any further press releases or public statements."

"There could be little more prototypical violation of the First  Amendment than that sought by paragraph 2 of the requested injunction. First, speech on public policy issues is a core free speech right that is entitled to the “broadest protection” under the First Amendment," the brief says, in part.

Going on, the brief says that elected public officials are given the "widest latitude" to express their views, whether critical of policy and even if incorrect, citing several notable U.S. Supreme Court cases that deal with First Amendment free speech protections.

As of this point, the case is scheduled to be heard in Fulton Superior Court on Tuesday at 10 a.m.

Bottoms says she had 'very good conversation' with Kemp, hopeful they can 'agree to disagree'