After Governor Kemp' order to slowly reopen certain businesses, a musician wrote a song poking fun at the decision to open bowling alleys in the state. 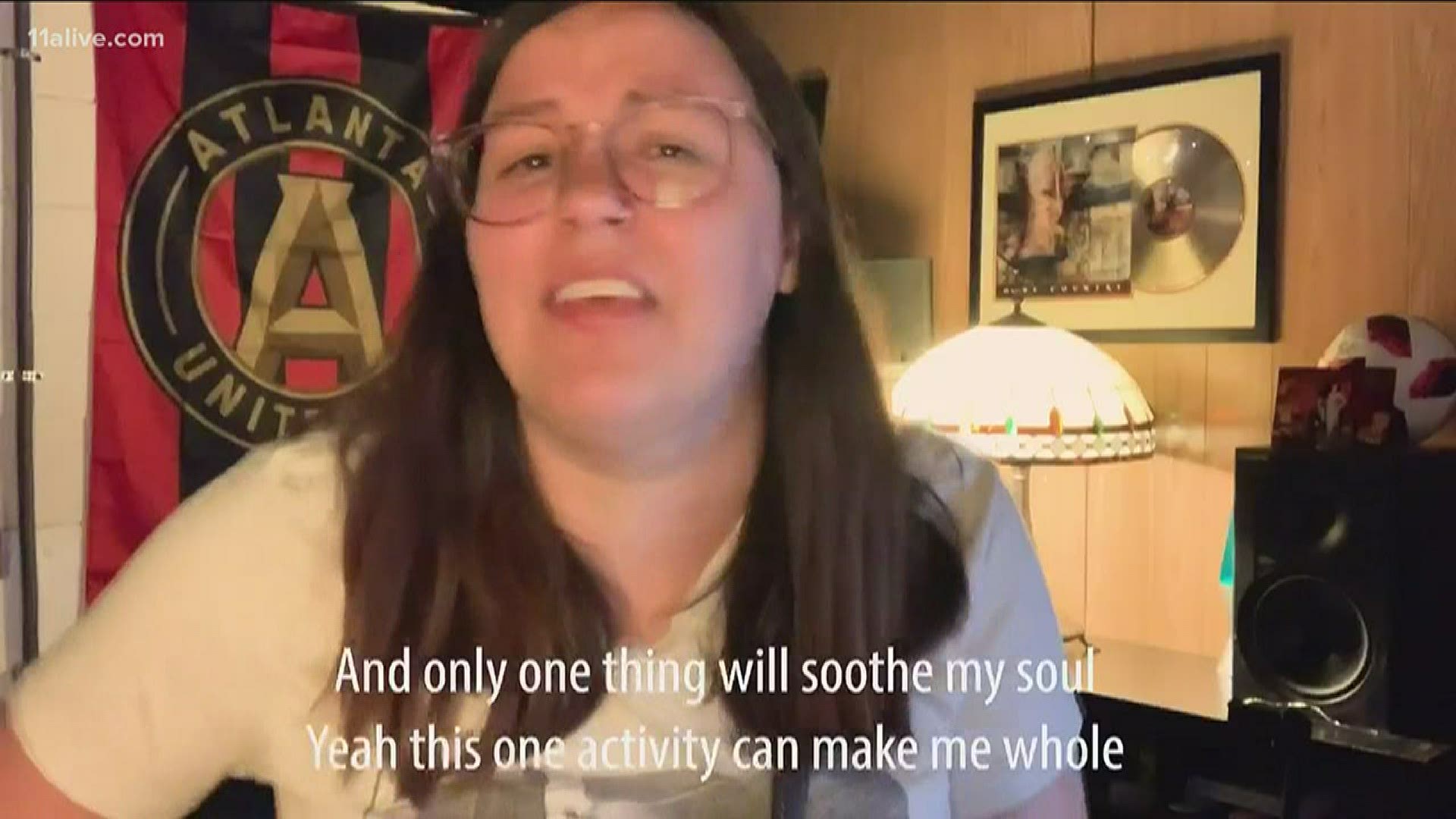 ATLANTA — A Georgia woman’s parody video questioning Governor Brian Kemp’s decision to reopen certain businesses in the state is getting a roll around social media.

In a move praised by some, but questioned by others, Kemp’s order allows what were previously considered non-essential businesses like barber shops, nail salons, bowling alleys, and movie theaters to reopen.

One night after Kemp announced his decision, Britt La Palm, a singer for the Georgia-based band Moody Hollows, took 10 minutes to write a song. She went a step further, recorded it and uploaded it to make a few people laugh.

“This may be the most important song I’ve ever written,” La Palm says at the beginning of her Facebook video.

I guess Kemp just gets me. . . . This has blown up so check out my band Moody Hollow

A few plucks of the guitar and she launches into a rendition of ‘Let’s Bowl.’

“There’s a catastrophic respiratory virus on the loose, And only one thing will soothe my soul. Yeah, this one activity can make me whole. To be in Georgia, And bowl.”

La Palm says she likes to make silly videos and this one was no different.

“Normally, I’m the only one that thinks they’re funny,” she told 11Alive’s Hope Ford.

She said the inspiration came from a discussion with her husband over the types of businesses that will be allowed to reopen.

“Bowling alleys kind of stuck out as a weird one.”

Many people agreed with her, found the video funny, and started sharing it, which baffled La Palm.

“There’s actually a typo in it,” she laughed in embarrassment. “I misspelled Georgia. I only thought ten of my friends were going to watch it.”

While some called her out for the misspelling, and she got at least one message from someone, upset that she was making fun of the sport, the comments have been mostly positive -- thanking her for the laughs.

La Palm said the video is not meant to be mean or disrespectful.

“I’m not trying to hate on anybody, really. It’s just a silly situation for how serious things are in the world right now.”

The video quickly raked up 18,000 views in less than 12 hours. But of all the people watching, she does hope Kemp, who she mentions in the lyrics, is one of the viewers.

“I want him to understand that maybe some people are questioning his decision to open up some of these services. It’s putting a lot of people at risk. I understand that at certain points we have to get back to normal and be careful but it’s just unfortunate that some of the people, the workers that are going to have to go back to these jobs, the people we deem essential we don’t treat essential in everyday life.”

“I’m not trying to hate on anybody, really. It’s just a silly situation for how serious things are in the world right now.”

While she doesn’t intend the video to have any political slight, she does think the governor’s decision makes the state and the south look bad.

“Hopefully people will see that not everyone feels that way.”

Why did many Americans stop shaking hands long before the coronavirus?