Her son has KIF1A, a progressive genetic disorder so rare, his specific mutation is the only known case. 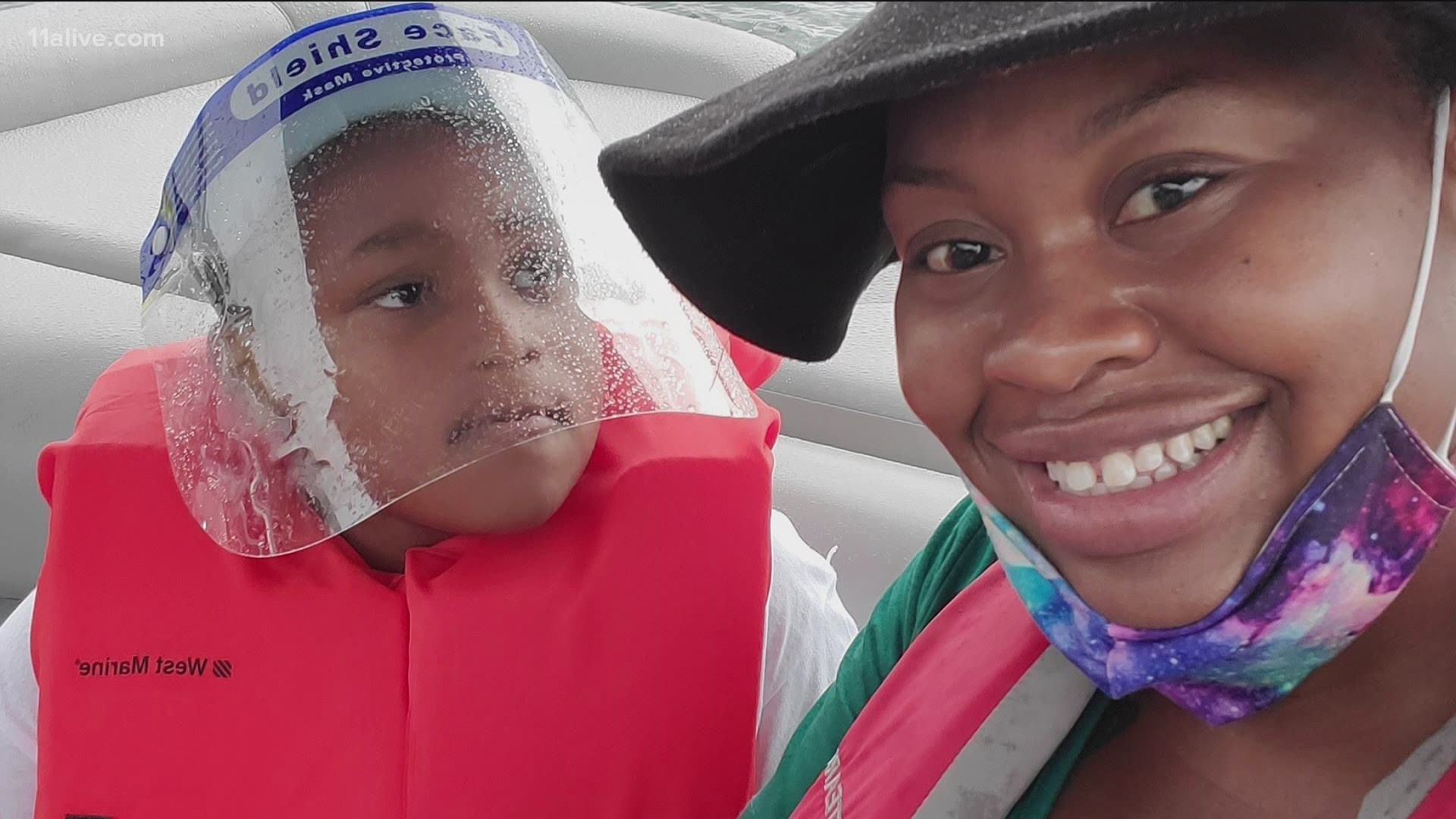 ATLANTA — A local mother said she's being forced to make an impossible choice -- keep her son safe or keep the job that supports them.

11Alive's Kaitlyn Ross found that working women across the country are facing the same decision as the demands of childcare and the pandemic drag on.

Charisma Freeman said she was doing OK balancing working from home as a nurse practitioner and caring for her son who has a rare genetic disease as a single mother -- until last week. She said that's when her employer told her she had to return to work in person or leave the company for good.

"Cameron says, we have to wear our masks mommy, there's a lot of people there, I don't think we can go there," said Charisma Freeman.

9-year-old Cameron understood they have to take precautions because of COVID-19, but his mom said he doesn't understand how serious it could hurt him.

"Can you imagine what would happen to my son if he got COVID-19? They said not many kids are dying from it, but my son would be part of that small percentage that could possibly die from it," she explained.

Cameron has KIF1A, a progressive genetic disorder so rare, his specific mutation is the only known case.

"For all we know, our days are numbered. So I know that my son's quality of life may be limited by his disorder. I am not going to add Covid into the mix," she said.

She said she thought her job working as a nurse practitioner at a large national company would stay virtual until there was a vaccine. She explained that she was successfully meeting with patients online until this week, when she got a call from her manager.

"She tells me my position is no longer virtual, we are going back in the field Monday," she said.

"It is a very difficult decision. You talk about it and your heart starts racing. But it's a decision we have to make," she said.

RELATED: US hiring slows for 3rd month but jobless rate falls to 7.9%

It's a decision working women with children are making across the United States right now. The latest jobs numbers from the Department of Labor are startling.

In September, 865,000 women dropped out of the workforce, four times the amount of men who dropped out.

The unemployment numbers are even more staggering for Black and Latina women at 11 percent.

Charisma says adding a dependent with a disability makes her reality even more difficult.

"It's not just my company, it's a lot of these companies. People with disabilities are invisible. They don't see the people in the wheelchair or the crutches or whatever until you are that person," she said.

She doesn't know how she'll decide what to do next.

She said her HR department advised her she could take 12 weeks of emergency family medical leave, but that would be unpaid and there's no guarantee it would be safe for her to return to work once that time was up.

So how do labor experts advise companies to support working women who may be in the same position?

A lot of them talk about flexibility, offering that virtual work options if possible make work hours more flexible, so employees can choose when they get their work done and reassess goals and metrics used in performance reviews that may negatively impact women.