Pfizer said today that their vaccine may be 90 percent effective 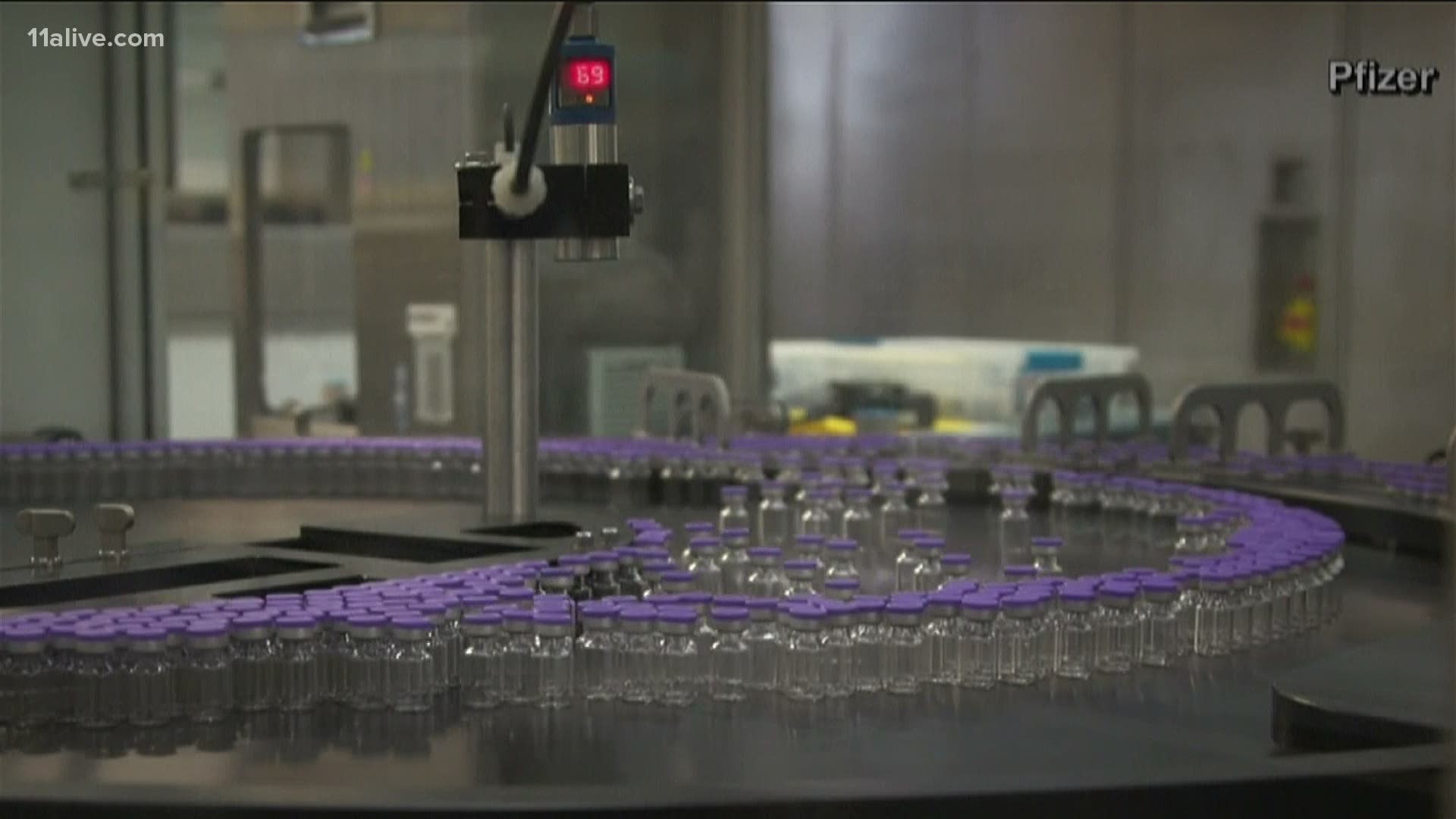 ATLANTA — Promising news was released on Monday about a COVID-19 vaccination that could be widely available in 2021. Pfizer announced their vaccine candidates are seeing a 90% effective rate. That's much higher than even the most optimistic projections.

Pfizer said this could be the greatest medical advancement in the last 100 years if their data holds.

Ashley Nealy lives in metro Atlanta and is a participant in Pfizer's trial. For her it was a sigh of relief.

"I woke up from a text from my friend telling me that, and I was really excited," she said.

Nealy wanted to sign up for the COVID-19 vaccine clinical trial when she first heard about it, but said she had some second thoughts before the first injection.

"At first I was super brave, but then I did have a little fear after talking to my friends and family when they asked me why I would want to do something like this," she said.

She says she decided to follow through with it because she wanted to do whatever she could to help life get back to normal.

Especially now that she knows the vaccine could be 90% effective, she hopes she got the real thing - not the placebo.

The Chairman of Pfizer talked about the bravery of all of the clinical trial participants this morning.

"44,000 volunteers who raised their hands and they didn't know if the vaccine works, I think the world owes them big time," said Albert Bourla.

He says the efficacy rate in their trials should bring people all over the world hope.

"You understand that the hopes of million of people are on your shoulders, thousands of businesses that closed, but I think we can see light at the end of the tunnel," he said.

Nealy hopes people aren't too scared to take it.

"I always say trust the science and the doctors. It's in everyone's best interest for this vaccine to work. A company doesn't want to make something that's not effective, and start from square one," she said.

Nealy will go back to get her blood drawn again in February, but says she'll only be told whether she received the vaccine or the placebo if the vaccine becomes FDA approved.

Pfizer plans to ask the FDA to grant emergency use of the vaccine next week when the two month safety window is up.