An idea to bring the basics of hand washing to those experiencing homelessness sparks a national campaign. 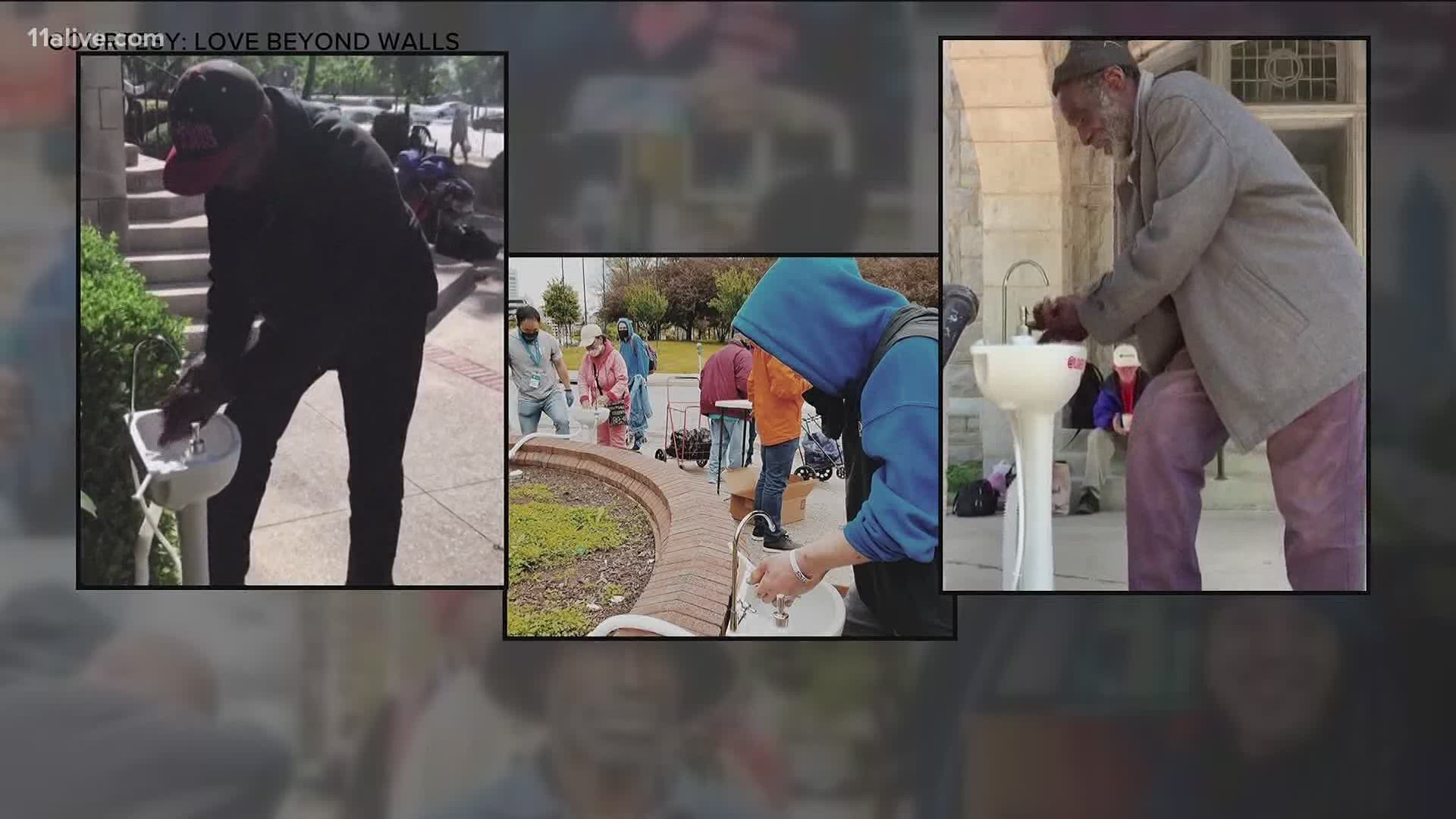 ATLANTA — It was back in March that Terence Lester saw the need: with concerns of COVID-19 and the public push for extra hand washing, there was a community missing from the conversation.

"As people were fighting over toilet tissue and complaining about having to stay inside ... we were thinking there's over half a million people in the United States that would give anything to be able to have a safe and warm place to lay their heads but also a place to wash their hands," Lester, the leader of nonprofit Love Beyond Walls, said.

When the Center for Disease Control told the public to go into social distancing, it heightened his concern for people without access to clean water.

"In response to the COVID-19 virus, I came up with this idea to literally launch this campaign to provide people experiencing homeless access to the basic human right of soap and water,"  Lester said. "So we started installing portable hand washing stations right here in the city of Atlanta."

11Alive shared the idea behind 'Love Sinks In' on our Facebook page where thousands praised the plan. Meanwhile, artist Lecrae jumped in and donated the first 15 portable stations.

Since March, the nonprofit's mission has taken off, sparking a movement that's expanded across the U.S. to 17 cities and more than a dozen states. As the 'Love Sinks In' campaign spread, the nonprofit also gained community and corporate support resulting in the installation of more than 200 sinks. According to Lester, each portable station costs about $100 to create and install.

"I think it touched people's hearts because not only were people living on the streets not having access to a roof or somewhere to shelter in place," Lester said, "but on top of that they didn't have access to soap and water."

A campaign launched amid a crisis, in turn, initiated a wave of compassion, empathy and new awareness, Lester said.

"I believe that this crisis has caused us to really see the lack of access and disparity that many people face around the country," he added. "For this moment ... we saw how we all needed each other."

'Love Sinks In' has accrued more than 25 partners since inception, according to Lester, who said the most recent partnership with Abbvie will help the nonprofit place an additional 1,000 hand washing stations across the country. Learn more here.

Why are many people hesitant to get vaccines?