The parade events will be taped ahead of time similar to the Macy's July 4th Fireworks Show. 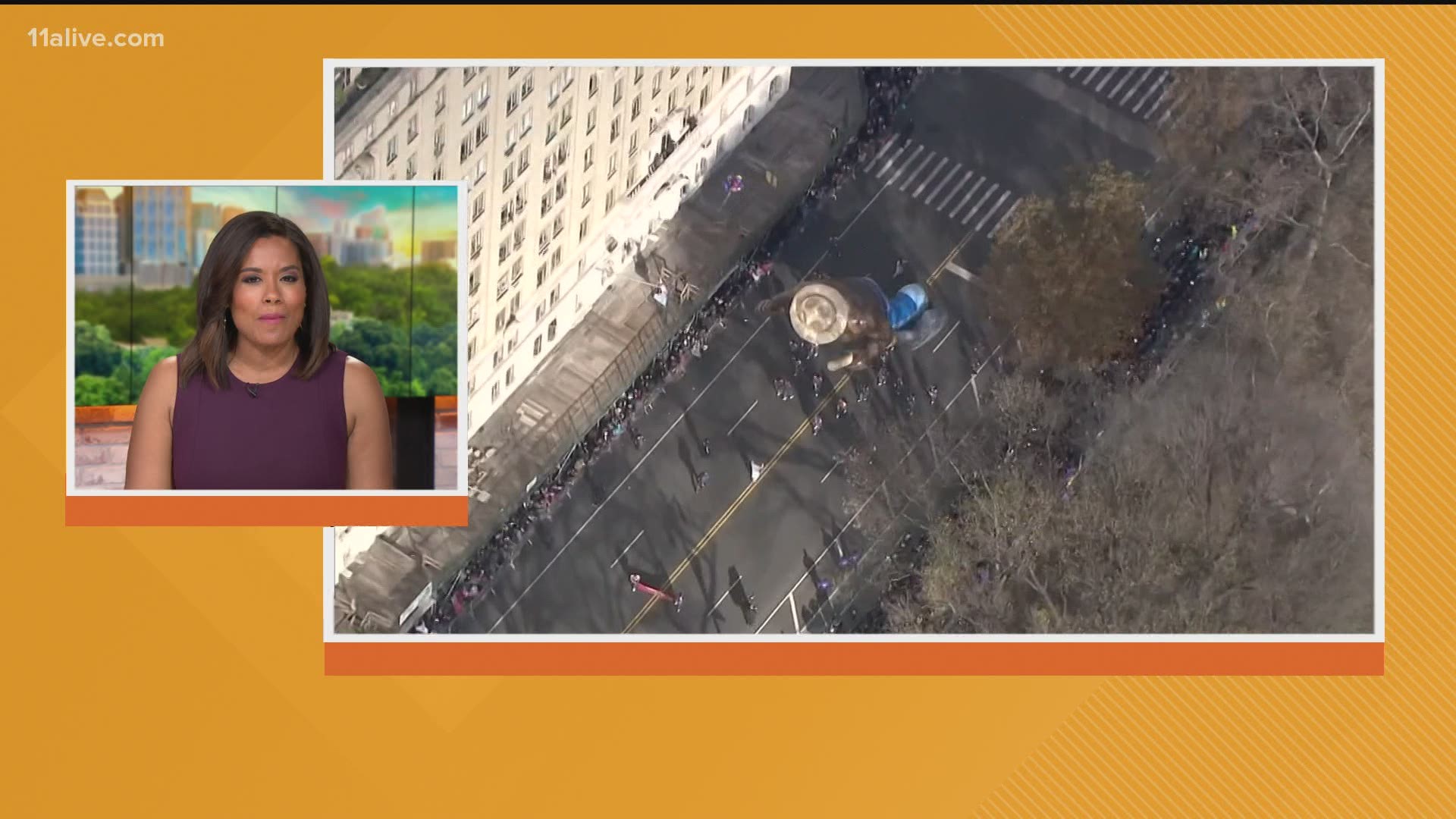 NEW YORK — It's a Thanksgiving morning tradition, but the Macy's Thanksgiving Day Parade will look different this year.

Snoopy and Santa will still be parading through the streets in the 2020 Macy's Thanksgiving Day Parade, just not the way New Yorkers have come to expect it.

Instead, Macy's says the floats will fly through undisclosed locations near their flagship store.

The parade events will be taped ahead of time, similar to the Macy's July 4th Fireworks Show.

Macy's says performances will still happen with participants socially distanced and wearing masks, but the high schools and colleges previously selected will be replaced with professional acts. Specially rigged vehicles will hold up the balloons instead of handlers.

The #MacysParade will go on! We won't be marching, but we're reimagining it into a televised-only spectacle where all your fave balloons, floats & Santa Claus *safely* make their way to you. Tune in to @NBC 9AM Thanksgiving Day & check here for updates: https://t.co/1Bo9XZMmsM pic.twitter.com/n1XgeNdRKu

Here's what some of you are saying online.

"Good! Keep people safe! It will be fun to see how it is this year. Change is good, even if it's only temporary,” Susie wrote.

“Thank you for looking out for all the volunteers, spectators, performers and everyone else involved heath!” Alicia chimed in.

And Jill wrote, "I always watch it on TV anyway, lol"

For the first-time ever, Macy's will close its stores on Thanksgiving Day. The retailer is encouraging shoppers looking for advanced Black Friday deals to explore their website and app.

Macy's says they plan to have a normal Thanksgiving Day Parade in 2021.