All 6,000 staff members will be tested twice a week for COVID starting this week 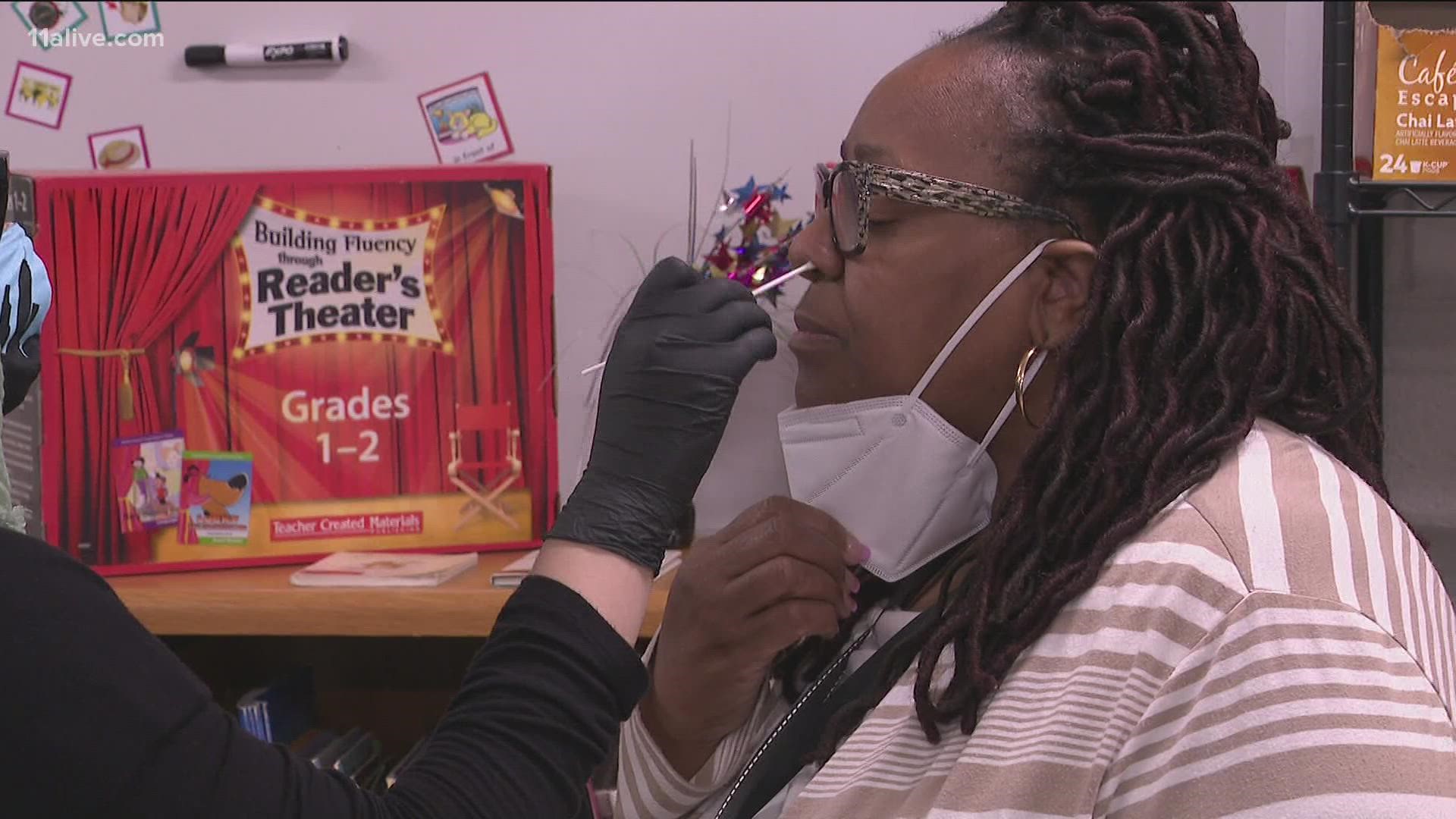 ATLANTA — This week, all 6,000 staff members of the Atlanta Public School district started undergoing mandatory COVID tests at their school due to a new mandate that took effect right after Labor Day weekend.

That means at W. J. Scott Elementary School on the Westside, 80 staff members will be tested every Monday and Thursday from this point on.

“I think the surveillance testing is the game-changer for us; that’s the difference,” Principal Langston Longley said. So far this year, he says no classrooms at W. J. Scott have had to close due to COVID, keeping kids in the classrooms and teachers, like Adrienne Harmon, at work in person.

“I haven’t found anyone who doesn’t want to do it; all of us are pretty much ok doing it,” Harmon said.

Eighty percent of the staff at the school, including Harmon, were already taking the tests voluntarily, and now that they’re mandatory, that number is 100%.

However, district-wide, out of the 6,000 staff members in APS, the voluntary surveillance numbers were much lower at only 30% before it was made mandatory this week.

Kids across the school district can also take weekly COVID tests, and according to APS, so far, about 70% of the students are taking part.

At W. J. Scott, about half of the students take weekly tests, like 5th grader Alyssa De La O, who says she’s glad to test because COVID has impacted her family.

Principal Longley says they usually have one or two students test positive out of more than 100 who get the test each week, and with surveillance testing, not one teacher at Scott has tested positive yet this year.

Harmon says they’ll keep testing to do whatever they can to stay safe in school.