The agency said the research emphasizes the importance of "universal masking to stop the spread and minimize disruptions to school operations." 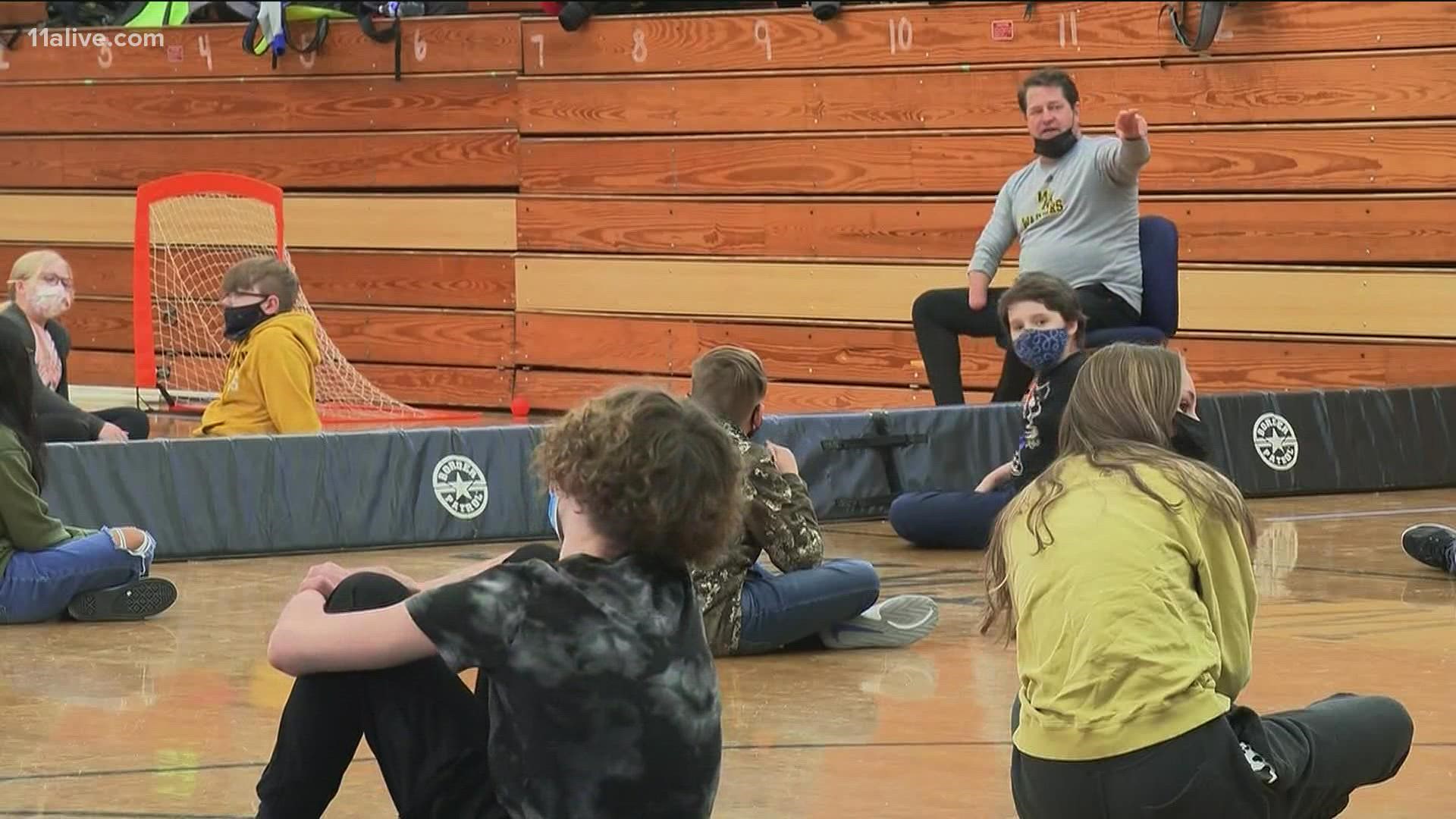 ATLANTA — The Centers for Disease Control and Prevention released two studies on Friday which the agency said showed higher case circulation of COVID-19 in areas that did not have school masking policies.

The studies were released in the CDC's Morbidity and Mortality Weekly Report, and looked at one report on the two most populous counties in Arizona and another study that looked at how case rates changed following the first two weeks of school.

The research, the CDC said in a release, "found that school districts without a universal masking policy in place were more likely to have COVID-19 outbreaks."

Of schools that had an early mask requirement (one in place when the year began), just 8% saw an outbreak.

The second study looked at COVID circulation in various districts around the country, and measured how case rates changed after the school year.

RELATED: VERIFY: Are children dying from COVID at a lesser rate than the flu?

That study found that while counties both with and without mask requirements saw COVID spikes once the school year started, counties without mask mandates saw roughly 18.5 more new cases per 100,000 residents following the return of school than counties that had school mask mandates.

The second study's findings were subject to some limitations outlined by its authors, including that "because of the small sample size of counties selected for the analysis, the findings might not be generalizable." It also did not control for teacher vaccination rate.

The research, the CDC said, "highlight(s) the importance of using layered prevention strategies including universal masking to stop the spread and minimize disruptions to school operations for safe in-person education."