It will take effect after the mayor's approval. 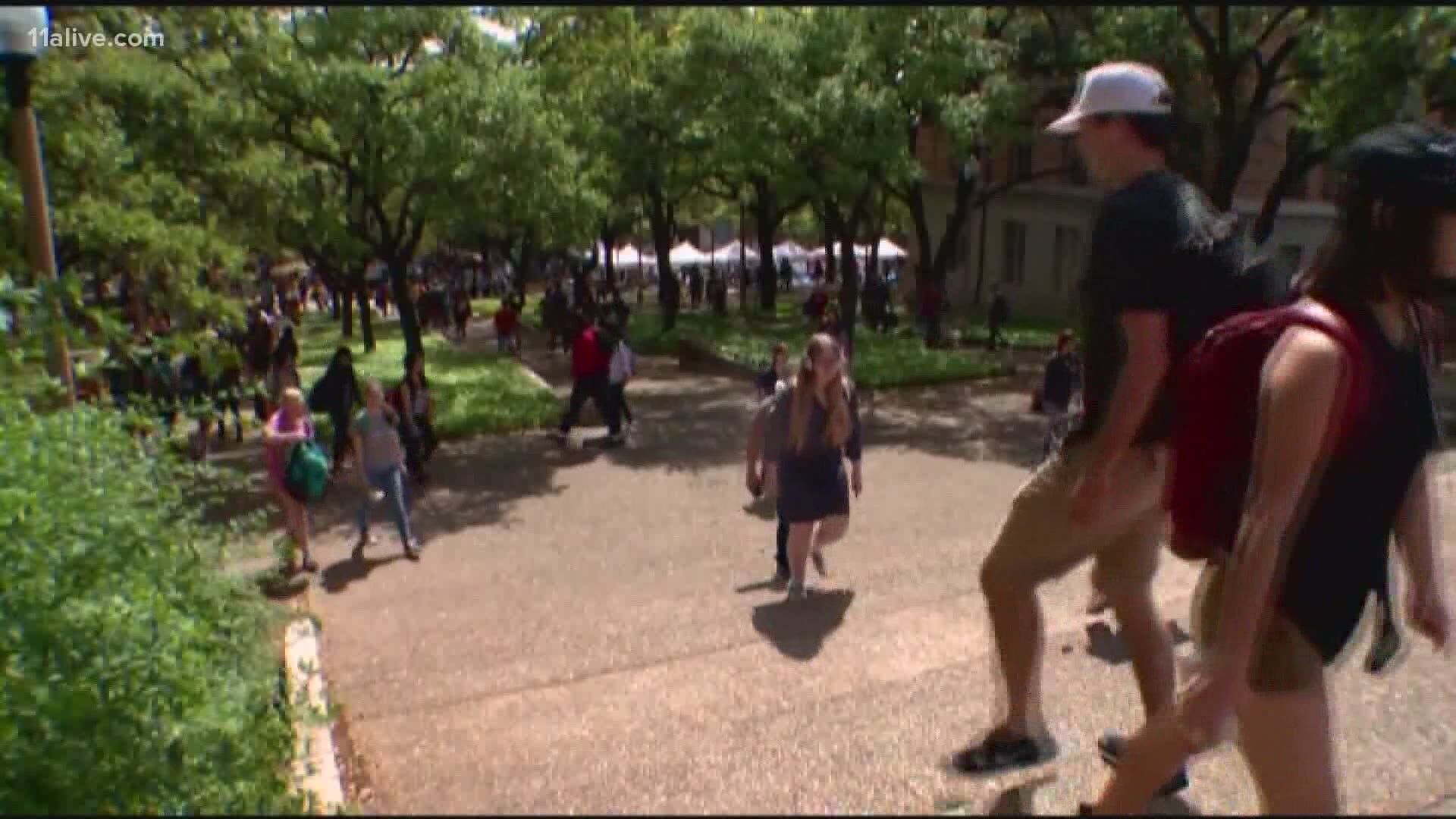 ATHENS, Ga. — Masks will now required in another Georgia community.

Athens-Clarke County Commissioners confirmed to 11Alive the mandate passed unanimously, Tuesday. It will take effect July 9 and will remain in effect until Aug. 4, or until it is extended, rescinded, superseded or amended.

As part of the mandate, both residents and visitors to Athens-Clarke County are required to use face coverings over both their nose and mouth in any public place other than a person's home or vehicle, and when social distancing is not allowed. This includes anyone entering a commercial establishment, like restaurants, retail stores, salons, grocery stores and the like.

RELATED: Does wearing a mask pose any health risks?

Commissioner Russell Edwards said they've been discussing a mask mandate for months, and added that some business owners have even been asking for one.

“They’re getting tired of lecturing their customers to be responsible, you know it puts them in an uneasy situation,” Edwards said.

The news of the mandate comes on the same day that the number of coronavirus cases in the state passed the 100,000 mark.

It also comes just one week after Savanna Mayor Van Johnson issued an executive order requiring all residents and visitors to wear a mask while in public spaces. The City of East Point also approved a mask ordinance on Monday.

Edwards said it took Savannah setting a precedent for the Athens mandate to come about. He said he just hopes all will get on board.

In Athens, violators will be given notice by police or code enforcement officers and could face a fine of $25 for the first offense, $50 for the second and $100 for the third offense and beyond. The money collected from fines will go into the general fund, Edwards said.

"I believe citizens will likely help the government find out about infractions in the community, especially when it comes to businesses," he added.

The communities are among some of the first to take steps to require masks in public after Gov. Brian Kemp said he was not considering issuing his own statewide order to wear masks. Instead, he and health officials went on a two-day statewide tour last week to strongly encourage all Georgians to wear one.

11Alive has reached out to the governor's office for a response on both mandates, but has not gotten a response yet.

Bottoms on wearing masks: It's an unselfish act and protects those around you