Mass vaccination clinics could begin next week, as health officials are still figuring out logistics

A Department of Public Health spokesperson says they don't have all the logistics worked out yet. 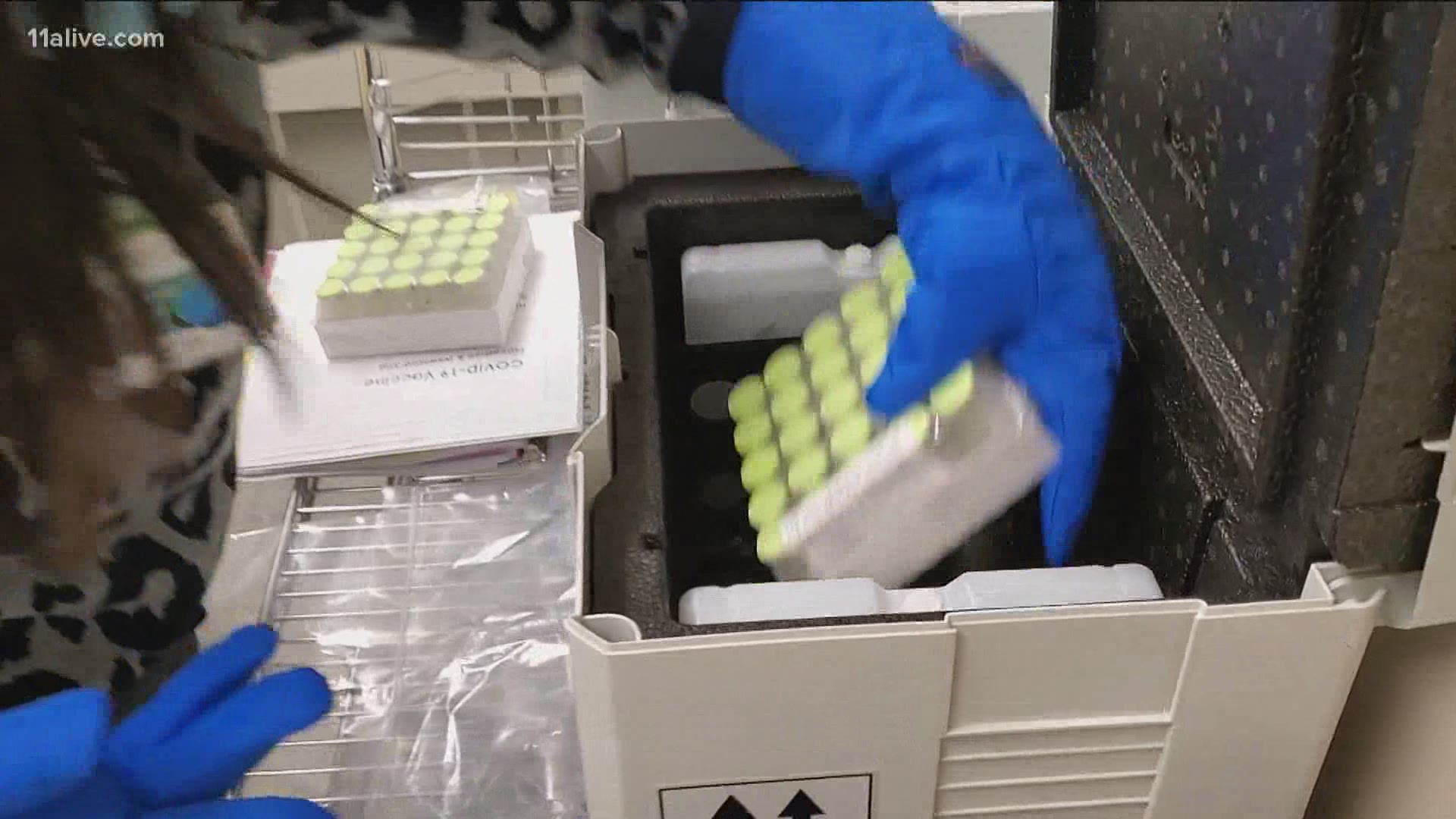 ATLANTA — Mass vaccination clinics could come to Georgia as early as next week, and according to state health commissioner Dr. Kathleen Toomey, will be vaccinating up to 5,000 people a day.

Health officials are expanding access to COVID-19 vaccines after announcing that many doses in rural counties are sitting in freezers, while demand in the metro area continues to climb.

A Georgia Department of Public Health spokesperson says they don't have all the logistics worked out yet, however.

In an email, they provided the following information:

"As both Governor Kemp and Dr. Toomey said this morning, we do not have all the logistics worked out for this. We will spend the next couple of weeks working with healthcare providers and public health staff to plan and work with local communities across the state to ensure safe and efficient deployment of vaccine.

The most important message you can help us share is that while this is coming, we ask people to be patient as we work through this distribution of vaccine."

Supply chain expert Dr. Julie Swann says vaccinating up to 5,000 people a day is not unrealistic, but starting the clinics as early as next week requires a lot of planning for personnel, material, and time.

"If you were running one clinic that would vaccinate 5,000 people a day, you'd be running 16 hours of the day and that would require over 100 people for an influenza vaccination clinic," said Dr. Swann, a Doug Allison Distinguished Professor of North Carolina State's Fitts Department of Industrial and Systems Engineering. "I make that distinction because we may have a few more requirements for this than influenza."

"I envision it's going to need a reserved time slot, you need to show up at a certain window of time, it sounds like it's going to be drive-thru clinics," Dr. Schmidtke said. "Having a defined number of people who are coming is important. Confirming those appointments. The last thing we want to do is thaw enough vaccines and then have no shows."

The clinic is one way Dr. Toomey hopes to make the most use out of all vaccines coming into Georgia.

The state is also expanding Phase 1a of Georgia's distribution plan to include first responders and people age 65 and older.

According to U.S. Census data, there are 1.5 million seniors in Georgia. That's more than 14% of the state's population.

Our current vaccine allocation is about 1/3 of that.

"We don't have enough vaccines to cover all of those populations yet," Dr. Swann said, while assuring that this is a good way to make the most out of all vaccines.

Right now, there are several doses sitting in freezers of rural hospitals, according to Dr. Toomey, who says at least 80% of Georgians need to get vaccinated to effectively limit community spread.

Dr. Schmidtke says right now, getting rural counties to receive the vaccine has been a challenge.

"Historically, the Atlanta metro has done comparatively well as far as the cumulative death rate over time," Dr. Schmidtke said. "Rural Georgia has a death rate that's about twice as high so it is disappointing to hear that there are vaccines sitting in a freezer in rural Georgia. It's a shame."

She echoes what Dr. Toomey said during a press conference Thursday morning, where the rollout of vaccine expansion was announced.

"In rural Georgia, both the north and south, there's vaccine available and literally sitting in freezers," Dr. Toomey said. "That's not acceptable. We have lives to save."

The Department of Public Health is asking people to be patient throughout the distribution of the vaccine.

Meanwhile, Gov. Brian Kemp says the state is working with the Centers for Disease Control and Prevention to set up outpatient infusion centers to more efficiently distribute antibody drugs to try and bring hospitalizations down.