The mayor gave a press conference at 1:30 this afternoon. 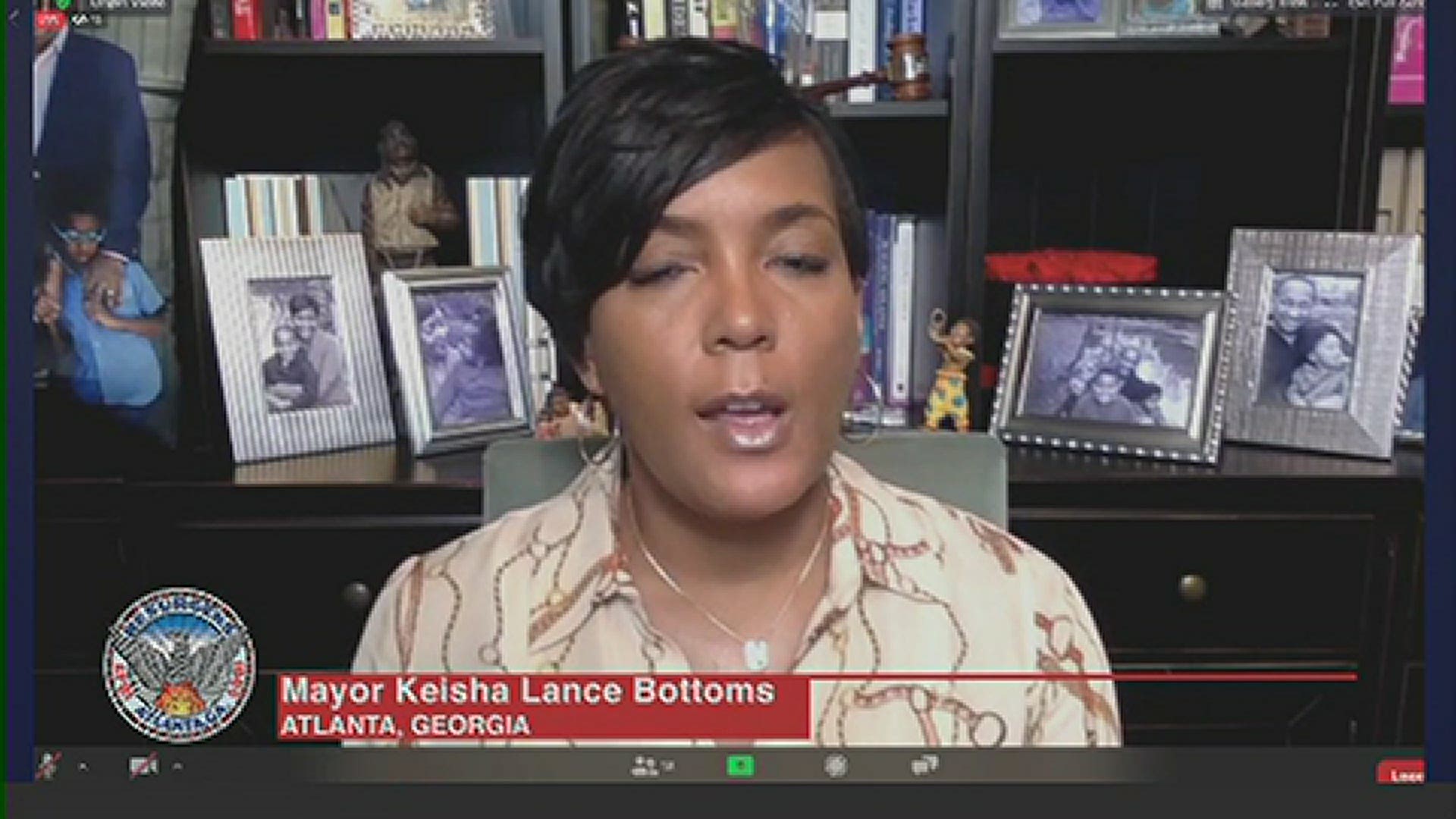 ATLANTA — UPDATE: The mayor's briefing has ended, it will be available to re-watch on our YouTube channel.

Atlanta Mayor Keisha Lance Bottoms will give an update on the city's COVID-19 situation this afternoon, on the heels of Gov. Brian Kemp explicitly banning municipal mask mandates such as the one Bottoms ordered for Atlanta last week.

Bottoms will deliver a press conference at 1:30 p.m., according to a tweet by the City of Atlanta account. It said she will provide a "public update on #COVID19, public safety and other important Administration actions."

11Alive will stream the press conference here and on our YouTube channel.

The mayor and governor have been in a tense public dispute recently over the COVID-19 response, handling of recent protests and a violent July 4 in the city.

The mayor recently announced that Atlanta would move back to "Phase 1" in handling COVID-19 - essentially re-closing many businesses to foot traffic once more. The governor responded that such a move could not be legally enforced in conflict with his own statewide order, which permits businesses to be open.

Regarding masks, Bottoms made Atlanta one of a number of metro cities to institute a requirement in defiance of Kemp's state order.

She said she had continuously asked the govrnor to mandate masks in Atlanta in order to stop the spread of COVID-19, but she said he has "refused."

"I specifically asked our governor about allowing Atlanta to go forward with mandating masks in our city, he refused," Bottoms said. "Other cities have taken the approach that they are going to defy the governor's executive order and Savannah has done it, some other cities have done it and Atlanta is going to do it today."

She said that COVID-19 is "wreaking havoc" in the city. In a statement announcing the order, she wrote that the measure would help to slow the spread of the virus in Atlanta.

Here's what New York is sending Atlanta in COVID-19 response