They are the first professional sports venue to use the innovative technology. 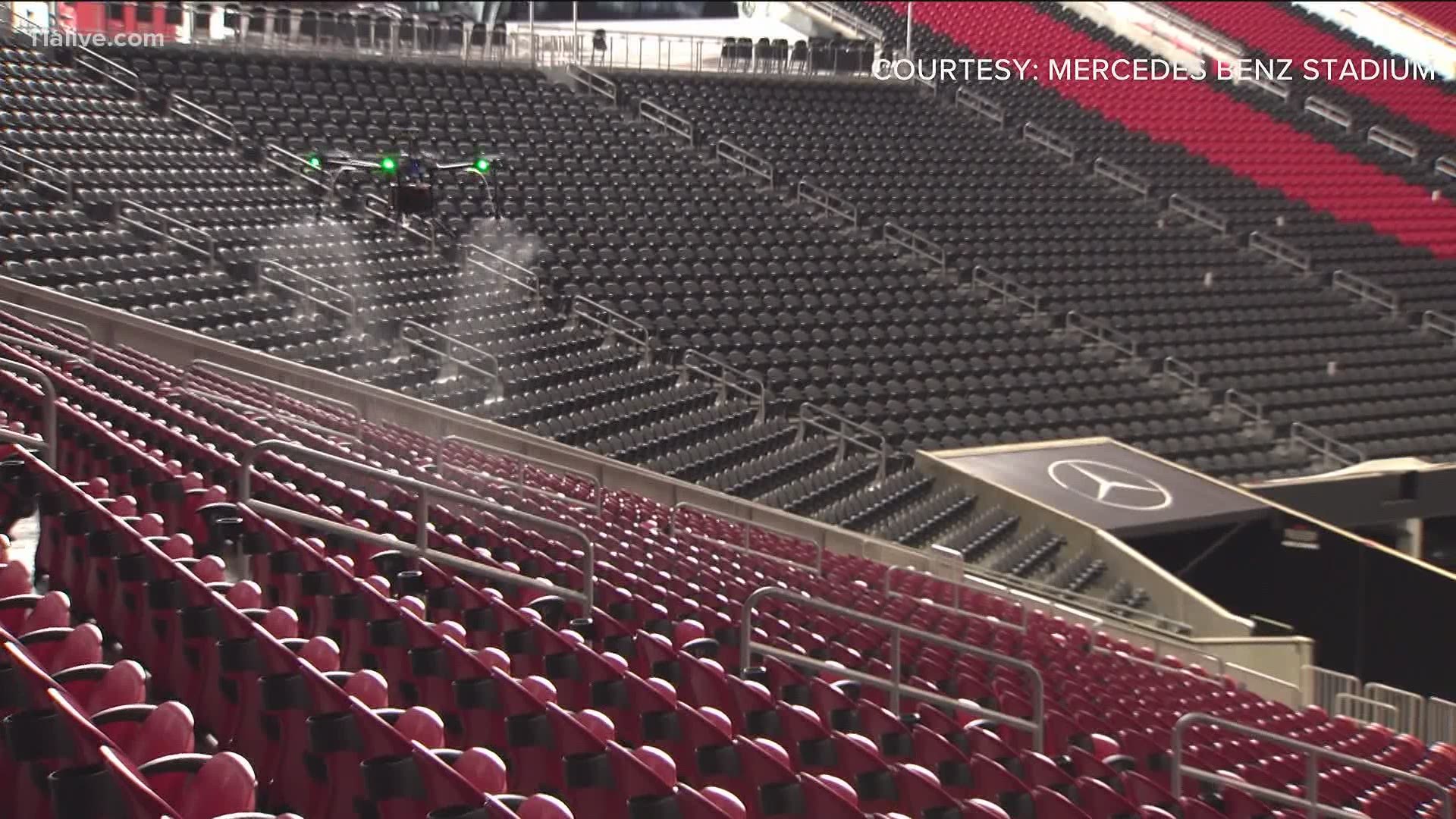 ATLANTA — Mercedes-Benz Stadium has employed drone-based technology to help sanitize the facility, becoming the first professional sports stadium to employ such technology, according to a release.

The stadium is partnering with Charlotte-based Lucid Drone Technologies, which offers D1 disinfecting drones to sanitize key areas of the facility in an effective and efficient manner, they said.

The method has been tested as part of the stadium's cleaning process, according to a release, and they said they plan to implement the technology as fans are welcomed back to Mercedes-Benz Stadium for the Falcons home game against the Carolina Panthers on October 11.

“The process of welcoming fans back involves actively listening and responding to their concerns and we understand that proper cleaning and sanitization protocols are top of mind in the current environment.” AMB Sports and Entertainment chief operating officer Dietmar Exler said in a release. “We have worked tirelessly to provide a safe environment for not only our associates, players, and staff, but especially our fans.”

Stadium operators were looking at the option of drone use prior to the pandemic, but the potential of the use of the innovative approach was accelerated once the coronavirus pandemic was fully underway, the release said.

According to the release, the drones use electrostatic spraying nozzles to distribute medical-grade disinfecting chemicals -- including an inhibitor that prevents harmful bacteria and viruses to adhere to surfaces without leaving a residue.

The solution used is a non-toxic Hypochlorous Acid solution used is in compliance with the Environmental Protection Agency (EPA) for maximum effectiveness without being harmful, the release said.

Stadium leadership worked with Lucid to implement the drones that were designed specifically for disinfecting large facilities, the release said. The drones will be used for post-event disinfecting of the seating bowl, handrails, and glass partitions at the stadium, and, according to the release, they allow for a 95 percent reduction in time spent cleaning the seating bowl and the ability to redeploy associates in other areas of the stadium, while providing more efficiency than backpack foggers.

“This stadium is incredibly large and as we begin to slowly welcome fans back, these drones allow us to maximize the time between games and private events to thoroughly sanitize,” said building operations manager Jackie Poulakos. “We are always challenged by leadership to continually innovate and this new technology is the ideal solution to effectively disinfect and sanitize our stadium in an efficient manner.”