This is the list of local governments issuing mask mandates around Atlanta. 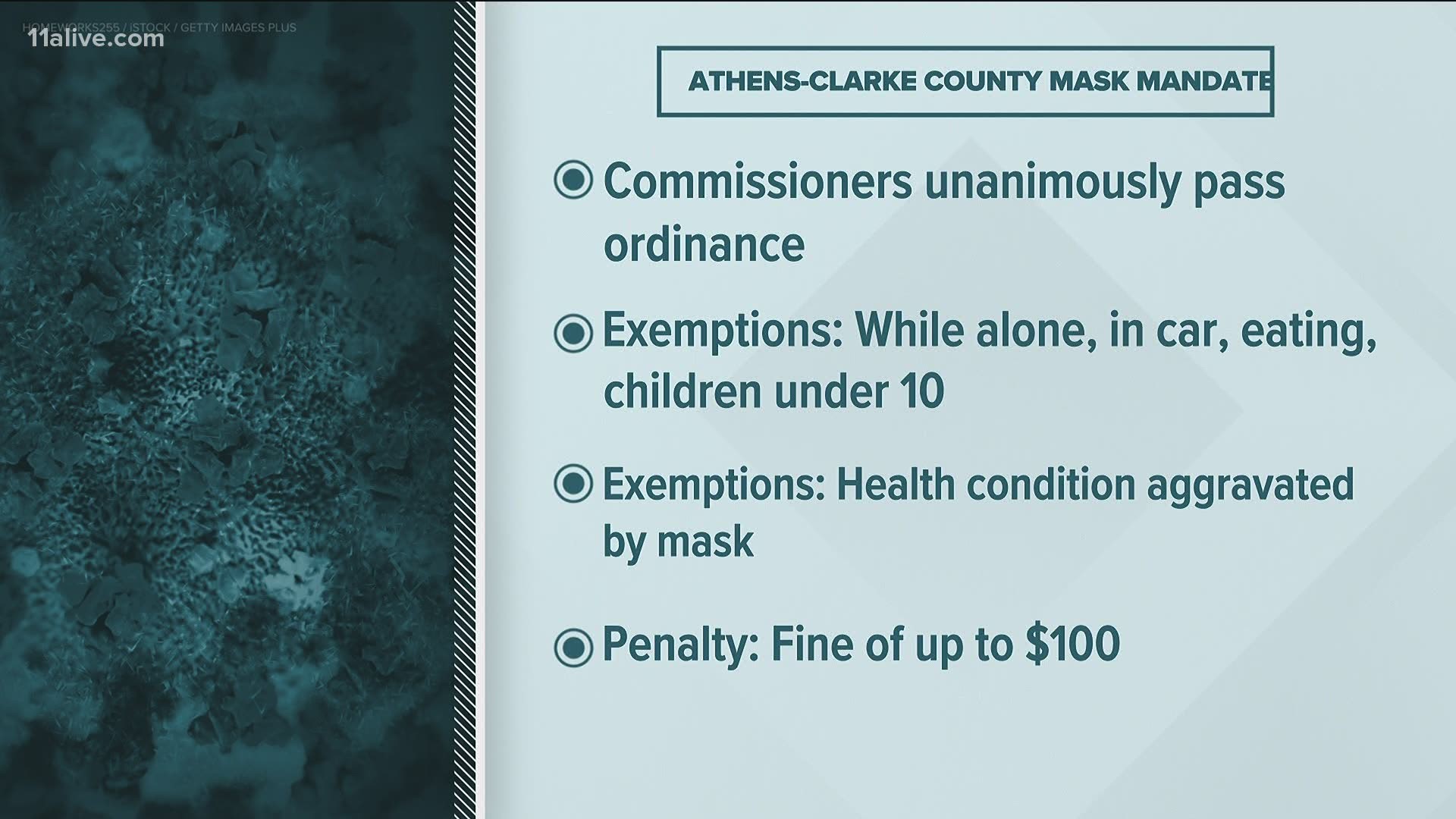 ATLANTA — As COVID-19 cases in Georgia soar to record highs and Gov. Brian Kemp resists calls to order a statewide mask requirement, some local governments are going ahead with their own.

After the city of Savannah became the first in the state to issue a mask mandate, some around Atlanta have begun to slowly follow suit.

Atlanta has not issued its own yet, but Mayor Keisha Lance Bottoms said Wednesday morning that she would soon be signing such an order.

Technically, by law the orders should be superseded by Gov. Kemp's order, which does not require masks, and it's not clear how enforceable these orders will be.

Below, we'll keep track of the municipalities around the metro area as they order masks to be worn in public:

Doraville to require masks in public