Eviction notices piling up for Atlanta residents, particularly for minorities, communities of color 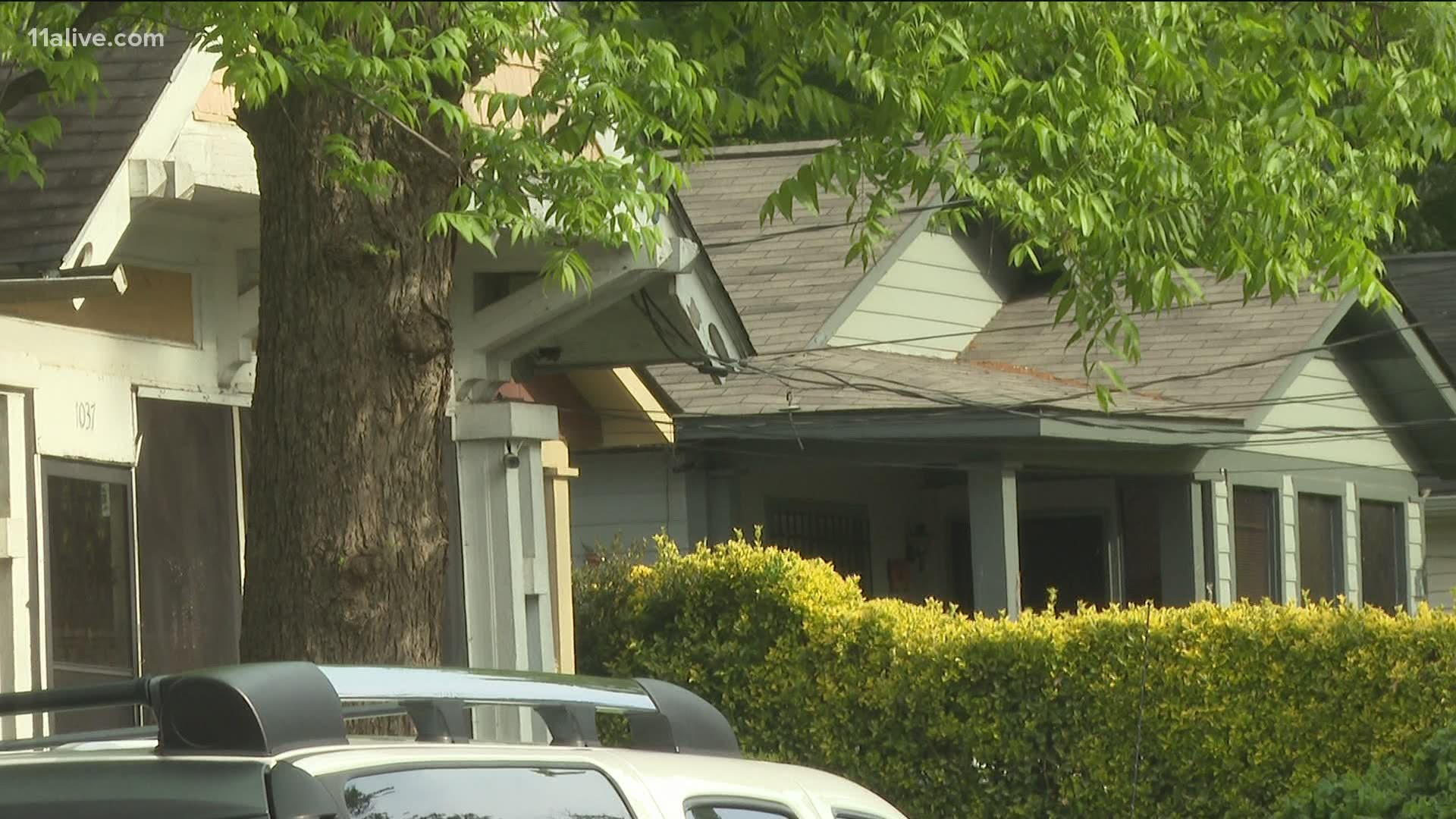 ATLANTA — In a time when a federal eviction moratorium stands between home sweet home and homelessness, researchers say the floodgates could burst open once the ban is lifted.

Eviction filings are stacking up in metro Atlanta in spite of the moratorium, which was extended by the Centers for Disease Control and Prevention through the end of July. A study by the Federal Reserve Bank of Atlanta found tens of thousands of eviction filings, which begin the process of the eviction process.

The study, which used court records and documents to track evictions over a one-year period during the pandemic, found those filings concentrated on people of color and low-income communities in Fulton, Gwinnett, Cobb, DeKalb and Clayton counties.

"About 60,000 eviction notices were filed during the pandemic," Elora Raymond, an assistant professor at Georgia Tech's School of City and Regional Planning, said. "That's 60,000 households in our five-county area who received an eviction notice."

Raymond helped write the study. She warned the pending evictions could spark a public health crisis.

"We’ve gone through an unprecedented economic recession where many people lost their jobs through no fault of their own," Raymond said. “We’re still thinking tens of thousands of people might be forced out of their homes once these protections expire.”

Raymond believes many minorities may be feeling the brunt of the eviction crisis because probability of illness was greater during the pandemic. She said a history of wealth inequality, a lack of a robust safety net or emergency fund and racism have exacerbated the issue.

“Being employed in industries hit the hardest, like the service industry, being employed in transportation, hospitality," Raymond said. "There’s just this layering effect of all of these different forces coming to bear, and unfortunately, it creates concentrated vulnerability in our communities of color.”

Ann Carpenter, assistant vice president of Community and Economic Development with the Federal Reserve Bank of Atlanta, lead the research component of the study. She said there are tools to get emergency financial assistance to tenants, renters and landlords through the Emergency Rental Assistance Program and other COVID relief dollars. Renters can also file answer, work to understand their legal rights, seek counsel and legal aid and work with their landlords in the meantime.

"Even before the pandemic, we knew that eviction rates were elevated in communities of color," Carpenter said. "We need to take a deep look at the root causes of those inequities and develop better policy that could address and create more equitable outcomes.”

Some landlords are struggling as well, as they scramble to pay for upkeep and maintenance while not getting paid owed rent. Raymond said stopping evictions and dealing with rent debt go hand-in-hand.

RELATED: Families have more time to be protected from eviction as CDC extends moratorium

Researchers said the number of eviction filings was alarming because of the potential ramifications in other areas of life like education, work, family, physical and mental health.

"Stopping evictions doesn’t mean the rent debt stops being incurred," Raymond said. "So a lot of people are exiting this pandemic owing tens of thousands of dollars to their landlord and that doesn’t go away. It’s very hard during a crisis to ask the most of the people who have the least. I think that’s what we’ve done.”

Researchers hope lawmakers and organizations look at the study's findings to create targeted policy to address evictions. Raymond proposed scrubbing eviction filings during the pandemic to make it easier for people to find new homes.