Tables at the restaurant largely appeared to be distanced, though Pence, Kemp and many of the patrons were not wearing masks. 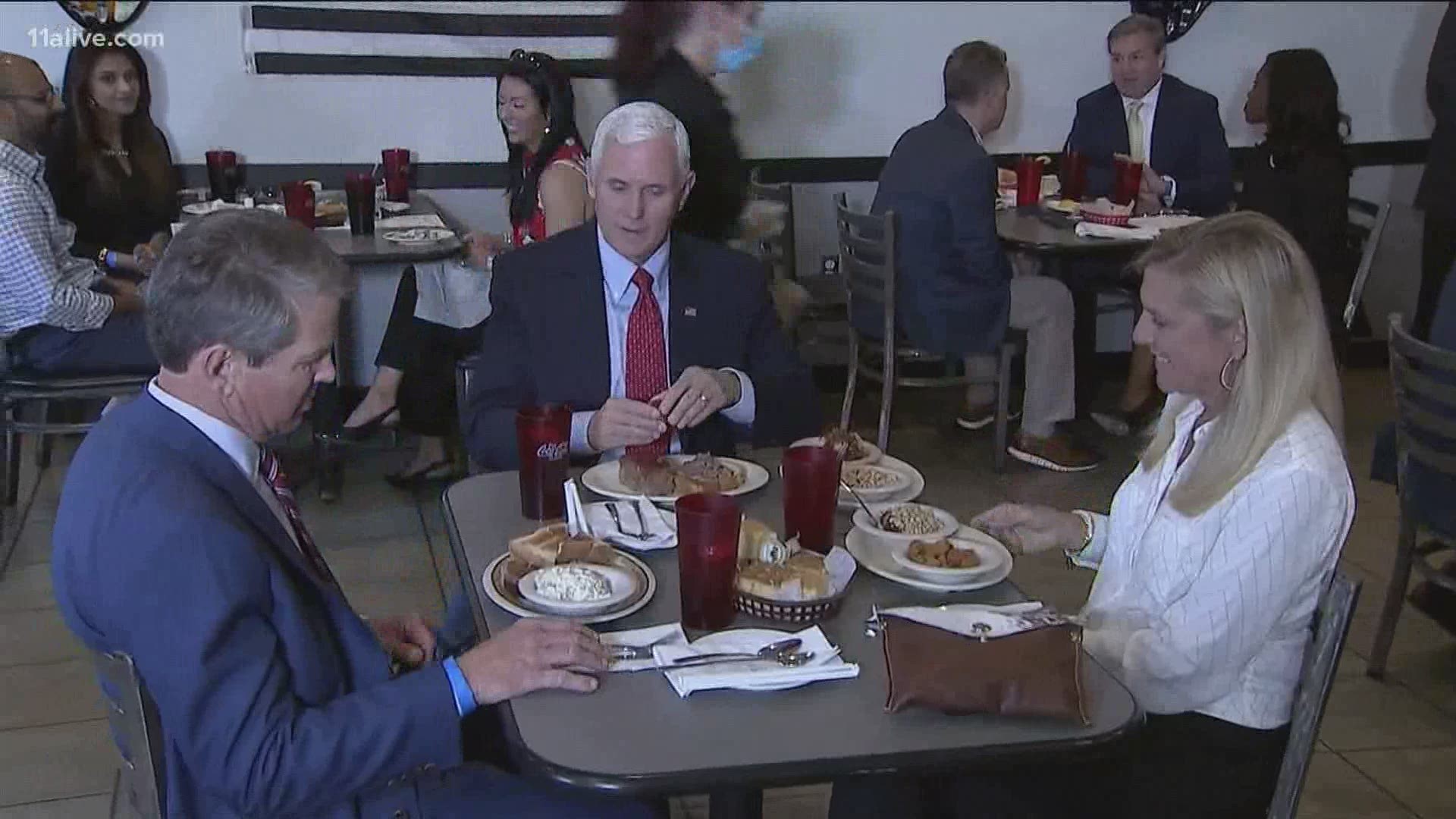 The vice president greeted diners as he arrived at the Star Cafe, on Marietta Boulevard in northwest Atlanta.

Tables at the restaurant largely appeared to be distanced, though Pence, Kemp and many of the patrons were not wearing masks.

"We just went out to lunch and had a great meal," the vice president said at a following roundtable at Waffle House headquarters. "And we were able to do that because of what the people of Georgia have done."

The owner of Star Cafe told 11Alive the governor called him on Monday to ask if Pence could have lunch there. It was then a whirlwind of secret service agents scoping out the location, leading up to the Friday visit.

He said the Vice President sat at a table in the middle, along with Gov. Kemp and Georgia's first lady. Other patrons were kept at least six feet away. It wasn't a short visit, according to the owner.

The whole crew at the restaurant got a chance to snap a picture with the Vice President, although notice he still kept his distance. And in case you're curious - Mr. Pence ordered meat loaf and pulled pork while there, and told them it's the best meat loaf he's had.

After lunch with Kemp, Pence participated in a round-table discussion with restaurant executives at the Waffle House headquarters near Norcross. The restaurant industry has been especially hard-hit by the economic impacts of the COVID-19 pandemic.

While the statewide order was allowed to expire, Kemp signed two more on that day extending the state's first-ever public health emergency and a shelter-in-place order for the elderly and medically fragile until July 12.

Since, public health officials have been keeping a a sharp eye on the trends of the virus' spread and encouraging Georgians to continue to use masks and social distancing to keep flattening the curve of the virus.