Moderna also released a 195-page document that explains how it's been conducting the coronavirus vaccine trial and how it will determine the safety and efficacy. 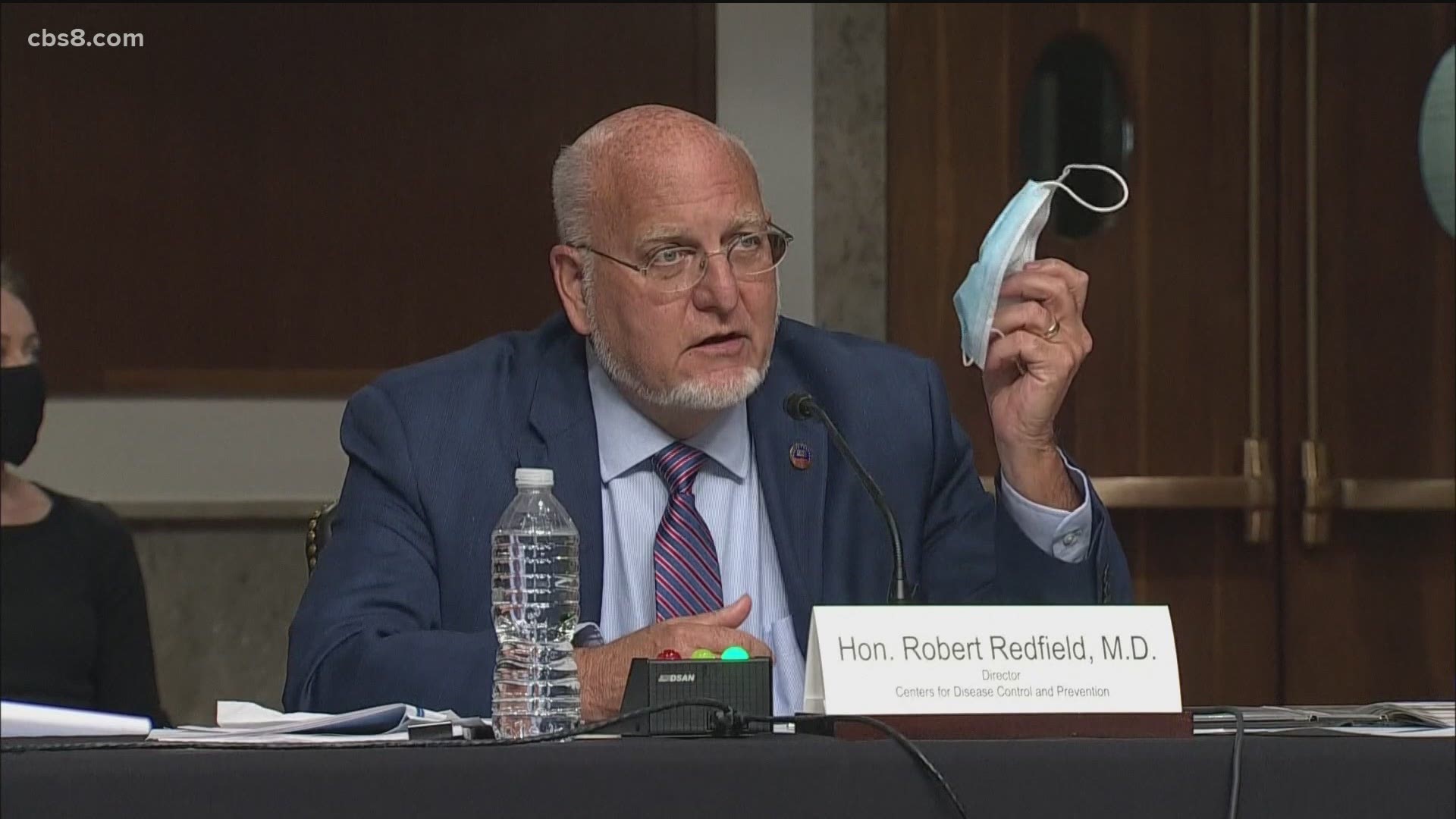 WASHINGTON — The CEO of Moderna said Thursday his company expects to have enough data from its phase 3 trial to know in November whether its coronavirus vaccine works and is safe.

CEO Stephane Bancel told CNBC's "Squawk Box" that there's a chance there may be enough data to know by October, but he described that as unlikely.

“If the infection rate in the country were to slow down in the next weeks, it could potentially be pushed out in a worst-case scenario in December,” he added.

So far, Moderna has enrolled 25,000 of the 30,000 volunteers it expects to include in the phase 3 trial. More than 10,000 of those participants have already received the second dose of the vaccine.

Moderna's vaccine was developed with the National Institutes of Health. It was the first COVID-19 vaccine to enter late-stage human testing in the U.S. Two other drugmakers, Pfizer and AstraZeneca, also have potential vaccines running phase 3 trials in the U.S.

Pfizer said on Wednesday that it is expecting to learn if it created an effective vaccine or not by the end of October.

On Thursday, Moderna also released a 195-page document explaining how it's been conducting the coronavirus vaccine trial and how it will determine the safety and efficacy.

RELATED: Who would be the first to get a COVID-19 vaccine?

Openly contradicting the government's top health experts, President Donald Trump predicted Wednesday that a safe and effective vaccine against the coronavirus could be ready as early as next month and in mass distribution soon after, undermining the director of the Centers for Disease Control and Prevention and calling him "confused” in projecting a longer time frame.

Redfield told a congressional hearing that health care workers, first responders and others at high risk would get the vaccine first, perhaps in January or even late this year, but it was unlikely to be available more broadly, again assuming approval, before late spring or summer.

RELATED: US outlines sweeping plan to provide free COVID-19 vaccines to all Americans

As for vaccinating Americans, Trump said Wednesday, “We think we can start sometime in October." One of his recently added advisers, Dr. Scott Atlas, said as many as 700 million doses could be available by the end of March.

Trump made the prediction even though the vaccine is still being tested in human subjects, and some health experts have said they believe a safe and highly effective vaccine is several months way, if not much longer.

Credit: AP
FILE - In this Monday, July 27, 2020 file photo, a nurse prepares a shot as a study of a possible COVID-19 vaccine, developed by the National Institutes of Health and Moderna Inc., gets underway in Binghamton, N.Y.