An ongoing study of COVID deaths released its latest data showing African Americans remain the hardest hit in this pandemic. 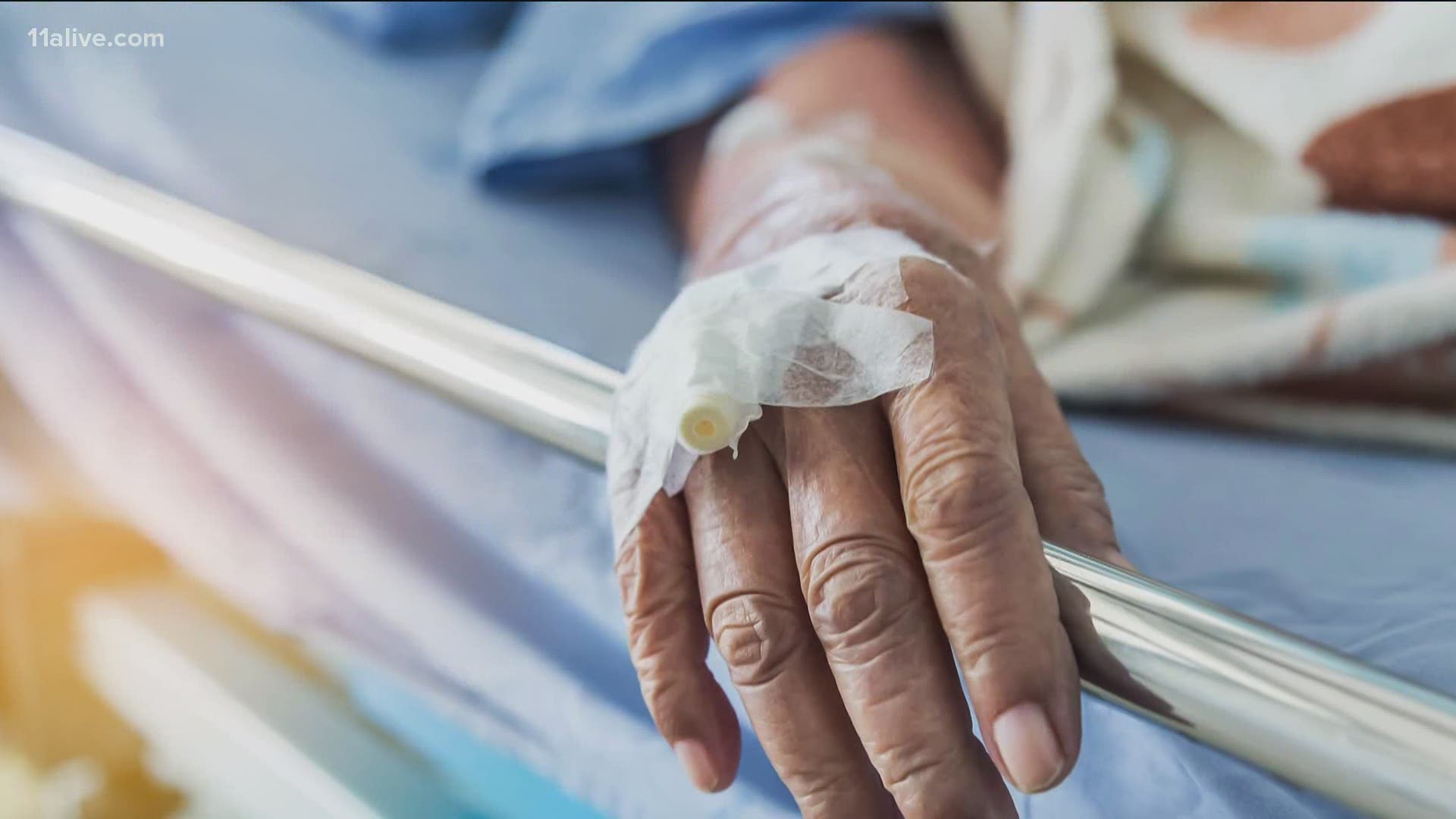 ATLANTA — As the numbers of COVID-19 deaths increase nationwide, African Americans continue to experience the worst death rate, including in Georgia.

Researchers conducting an ongoing study of COVID deaths released new numbers showing deaths among Blacks in the U S. remain a pandemic within the pandemic, with the rate currently twice as high as it is among whites.

“Well it makes me angry, makes me sad,” said Sukari Johnson of Atlanta.

Johnson is a business owner, the mother of two, and a wife, who has recovered from COVID.

“It’s something that you can’t explain, I felt like I got hit by a truck.”

Johnson caught it in late August from a friend who was positive, but who didn't know, right away.

This past April, Johnson’s uncle was infected, and died.

The anxiety across the country was underscored in Tuesday night’s presidential debate.

“One in 1,000 African Americans has been killed because of the coronavirus,” said former Vice President Joe Biden.

That death rate was revealed two weeks ago in the on-going study of the pandemic by APM Research Lab.

From the very beginning of the pandemic, doctors like Patrice Harris in Atlanta knew why.

“Pre-COVID-19, we (already) had health inequities in our communities,” she said in April, when the COVID disparities began to emerge. She said that because of lack of access to healthcare in many minority communities, for generations, those "health inequities" contributed to underlying conditions that can now subject COVID patients to more severe infections, and cause more deaths.

So for Johnson, the solution includes taking personal precautions against infection, but it also includes making changes in public policies to lessen racial disparities in all aspects of life.

It’s her way of combating the root causes of this pandemic within the pandemic.

The study also concludes that if the COVID death rate among Blacks were the same as Whites, so far this year more than 20,000 Blacks in America would still be alive.