The numbers are so high, nationally, they’re responsible for the current increases in cases and hospitalizations across the country. 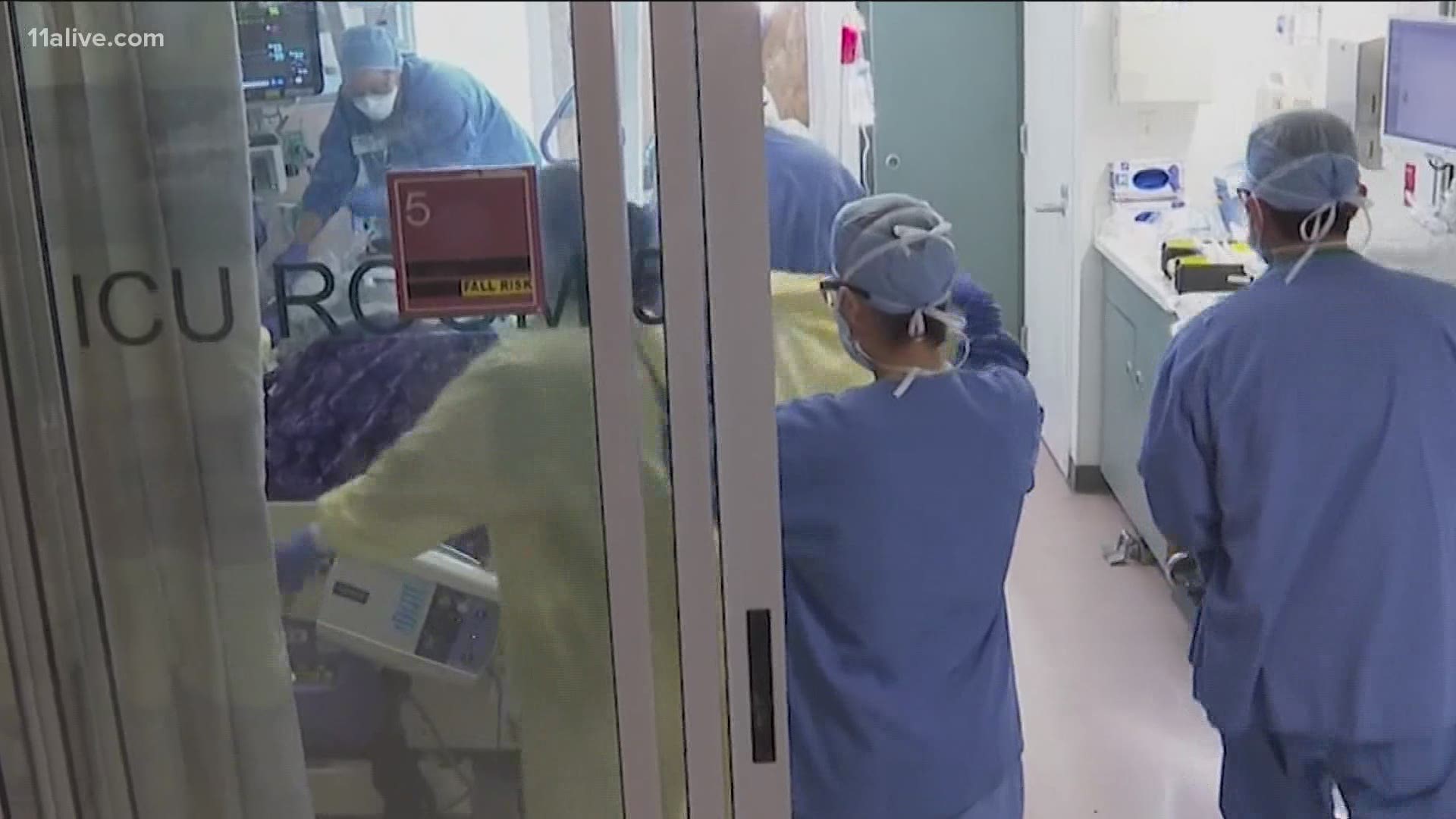 ATLANTA — A message, a warning, from the Centers for Disease Control and Prevention to young adults: there are so many people in their 30s and 40s who are getting severe cases of COVID-19, they are driving up the numbers of total cases and hospitalizations nationally.

The news comes despite the increasing numbers of vaccinations.

Thursday evening, Denzel Williams and Burghandi Parks, taking a walk together in Midtown Atlanta, said they know all too well that more people in their age group are getting COVID-19 than anyone else.

“I think mainly it’s from the fact that we feel as though we’re untouchable,” Williams said.

Parks said she is worried that “too many people are still wanting to come together and have a good time.”

“The virus still has a hold on us,” said CDC Director Rochelle Walensky during a White House coronavirus briefing. “Hospitals are seeing more and more younger adults, those in their 30s and 40s, admitted with severe disease.”

Walensky said the new, more contagious, variants are spreading COVID-19 faster than ever among those age groups, especially in five states experiencing another surge of cases, including in Florida.

In Georgia, data from the Department of Public Health show that COVID cases increased slightly in March, in all age groups younger than 65.

And Georgians in their 20s have accounted for the biggest share of cases, statewide, for months. People in their 30s and 40s are right behind them.

But their cases have been relatively mild, so they have not had to go to the hospital as much as others in those age groups who are battling severe cases in other states.

Still, hospitalizations among Georgians in their 30s just increased slightly in the past ten days, from five to six patients a day, previously, to ten to 12 patients a day, now.

Williams and Parks said they know all too well -- the virus is not going down without a fight, anywhere, yet.

“Wear your mask,” Williams said, “and it’s OK to stay in the house. It’s not going to be forever.”