Where are the mutated COVID-19 variants, spreading around the world, coming from?

Researchers at the CDC have been working to track down the origins of those variants. 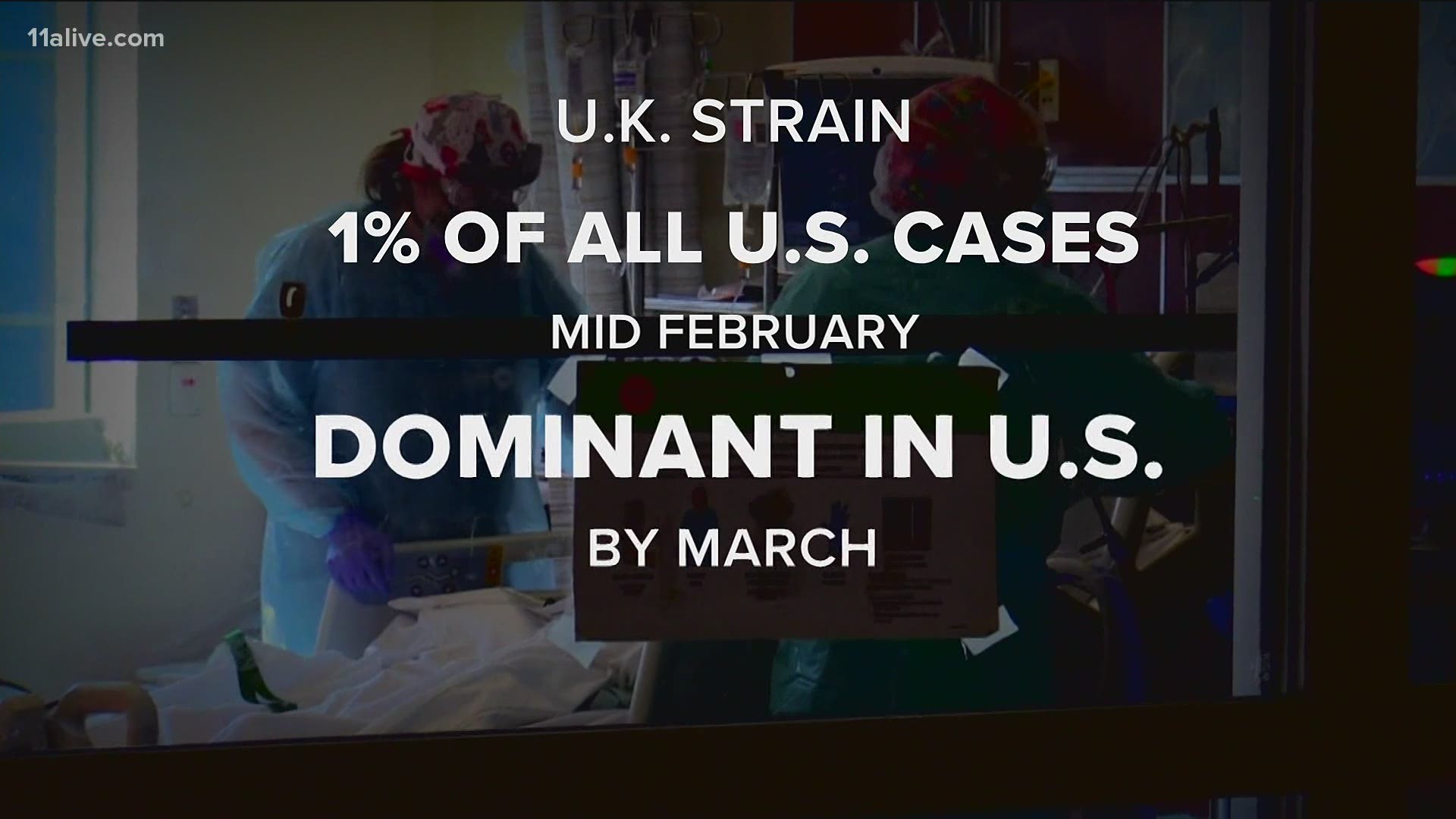 ATLANTA — Almost one year ago, the Atlanta-based Centers for Disease Control and Prevention was working day and night to track down the origins of the coronavirus and how to stop it.

Today, the work is the same, but the task is heightened. Mutated variants of COVID-19 - deviations of the virus - are now spreading around the world.

As of Tuesday, there were 23 cases of the U.K. variant detected in Georgia, up from the previous 19 cases.

Researchers at the CDC have been working to track down the origins of those mutations, and - just as with the original version of the virus - they are working to keep everyone safe.

According to the latest forecast, the variant strain of the coronavirus that originated in the United Kingdom is spreading so rapidly that it will make up 1% of all COVID-19 cases in the United States within a couple of weeks, and rapidly take over as the dominant strain in the U.S. by March.

"Every time you encounter somebody who has an infection with one of these variants, you are much more likely to get infected," explained Dr. Nahid Bhadelia of Boston Medical Center.

"You are talking about a variant that might be upwards of 50% more transmissible," said Dr. Jodie Guest of Emory University's Rollins Schools of Public Health.

"We should see a huge surge of cases by March" if the variant strains are able to spread unchecked, Dr. Guest said.

But Guest said that, so far, social distancing and masks, along with the vaccines, have been able to stop all of the known variants. That would minimize a possible new surge.

In addition, researchers are working on adapting the existing vaccines to kill even more powerful variants that may emerge.

"It's not going to take very much to reproduce the mRNA vaccine with the changes that are needed, and give everyone who's had it a booster," Guest said. "But, at the moment, we don't believe that that is needed in the current state that we're in."

However, following proper health guidelines - and getting vaccinated as the vaccines become available -- will hinder and even stop the variant strains that have been discovered, so far.