While health agencies have made some progress towards fixing these disparities, the next frontier to fight this same battle is already here -- the vaccination phase. 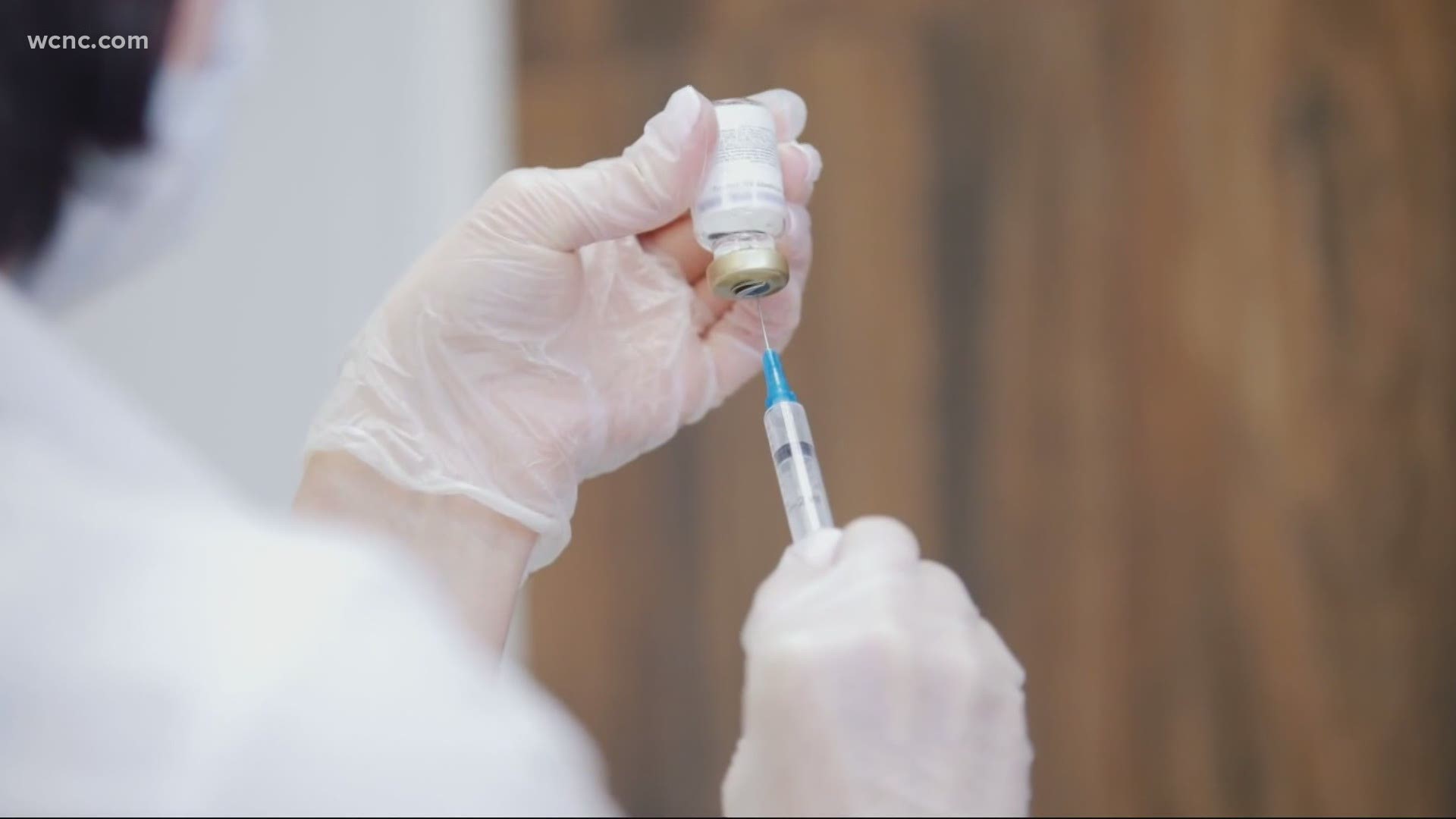 CHARLOTTE, N.C. — The COVID-19 pandemic has highlighted racial inequities in many ways. Health officials in the Carolinas report one way has been on the medical front, where communities of color are experiencing higher rates of catching the virus and greater chances of being hospitalized and dying because of it.

While health agencies have made some progress towards fixing these disparities, the next frontier to fight this same battle is already here -- the vaccination phase.

"Unfortunately, we have more questions from the African American community about the safety of the vaccine," said Dr. Linda Bell, State Epidemiologist with South Carolina's Department of Health and Environmental Control.

Dr. Bell, who received her first dose of COVID-19 vaccine earlier this week, said this is also the same group that could benefit greatly from getting vaccinated.

"They're disproportionately impacted by the disease. They're being hospitalized at a higher rate. They have a higher rate of underlying medical conditions that puts them at increased risk," said Dr. Bell. "The vaccine is safe. The vaccine is effective, and it gives us a means, especially as African Americans, to prevent that higher risk.

In North Carolina, similar trends are playing out.

According to the North Carolina Department of Health and Human Services, Black people make up 22% of the state's population, but over the summer accounted for 33% of deaths.

After the state targeted extra testing and care towards communities of color, that rate has dropped to 26%.

NCDHHS also reports Hispanic people are less than 10% of the state's population. Over the summer, the group made up 45% of all cases, and have since dropped to 24%.

NCDHHS Sec. Mandy Cohen notes, while they have seen improvements on both of those fronts, the figures still show a disproportionate impact based on the population shares.

"Too often, it is the color of someone's skin that predicts their health outcomes. In almost every health measure, communities of color fare worse, including in this pandemic," said Dr. Cohen.

Dr. Cohen said these disparate medical outcomes, along with other historical factors, have also lead to higher skepticism towards the newest pandemic weapon -- the COVID-19 vaccine.

According to NCDHHS's vaccination dashboard, of the roughly 200,000 people in North Carolina who have been vaccinated so far, only 10% are Black and 4% are Hispanic.

Health officials have said greater representation among community influencers showcasing informative messaging will be important to correct this problem, and some of that philosophy appeared to be on display in North Carolina's latest vaccination video targeted towards seniors.