New poll: Most Americans do not trust Trump's coronavirus message

The new NBC News/Survey Monkey poll also indicates that Republicans largely do not trust the CDC or Dr. Anthony Fauci. 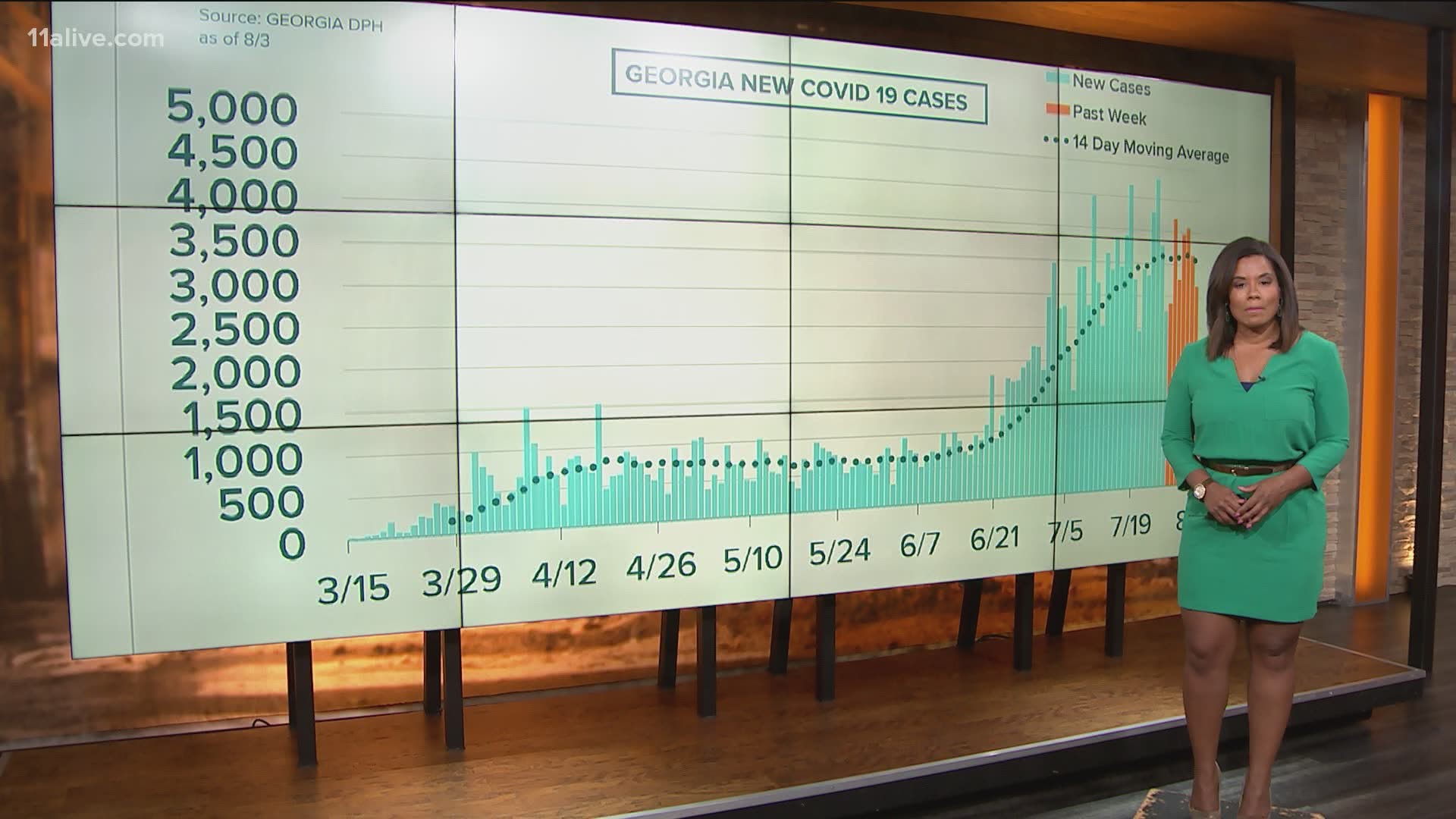 ATLANTA — A new NBC News/Survey Monkey poll indicates that less than one-third of Americans say they trust what President Donald Trump has to say about the coronavirus pandemic, while a majority of Americans trust messages coming from the nation's leading health experts.

The new poll indicates that 58 percent of Americans say they do not trust what Trump has said about the pandemic, while only 31 percent say they trust the president's comments.

Conversely, a majority of Americans say they trust statements on the coronavirus coming from Dr. Anthony Fauci and the Centers for Disease Control and Prevention.

Nearly half -- or 49 percent -- say they trust what their state's governors have to say about the pandemic, while 37 percent say they do not.

The new poll shows a serious divide in public opinion.

Majorities of Republican voters say they trust what the president has said, but do not trust what Fauci has said or what has come from the CDC.

Just 32 percent of those who identify as Republicans or lean Republican say they trust what Dr. Fauci has said about the coronavirus. Thirty-eight percent say they trust the statements coming from the CDC.

Majorities of Republicans or those who lean Republican say they do not trust Fauci (53 percent) or the CDC (52 percent).

Sixty-three percent of Democrats and Democratic-leaning voters say they trust their governor's message. Twenty-eight percent say they do not trust the message of their state's chief executive.

The partisan divide continues when it comes to the question of whether or not wearing a protective mask in public is something they do.

Sixty-eight percent of adults say they wear a protective covering over their face "every time" they leave their home and may come into contact with other people. When broken down by party, just 48 percent of Republicans and those who lean Republican say they wear one "every time" they leave the house and may come into contact with others.

Democrats and Democratic-leaners are significantly more likely to wear a mask in public -- 85 percent of them say they always wear a mask when leaving home.

With schools opening in Georgia and some other states, schools across the nation are beginning to decide what form fall instruction will take -- whether in-person, remotely or with a form of hybrid instruction.