Rachell Dumas said the psychological toll of battling the virus and treating patients put her on a different path. 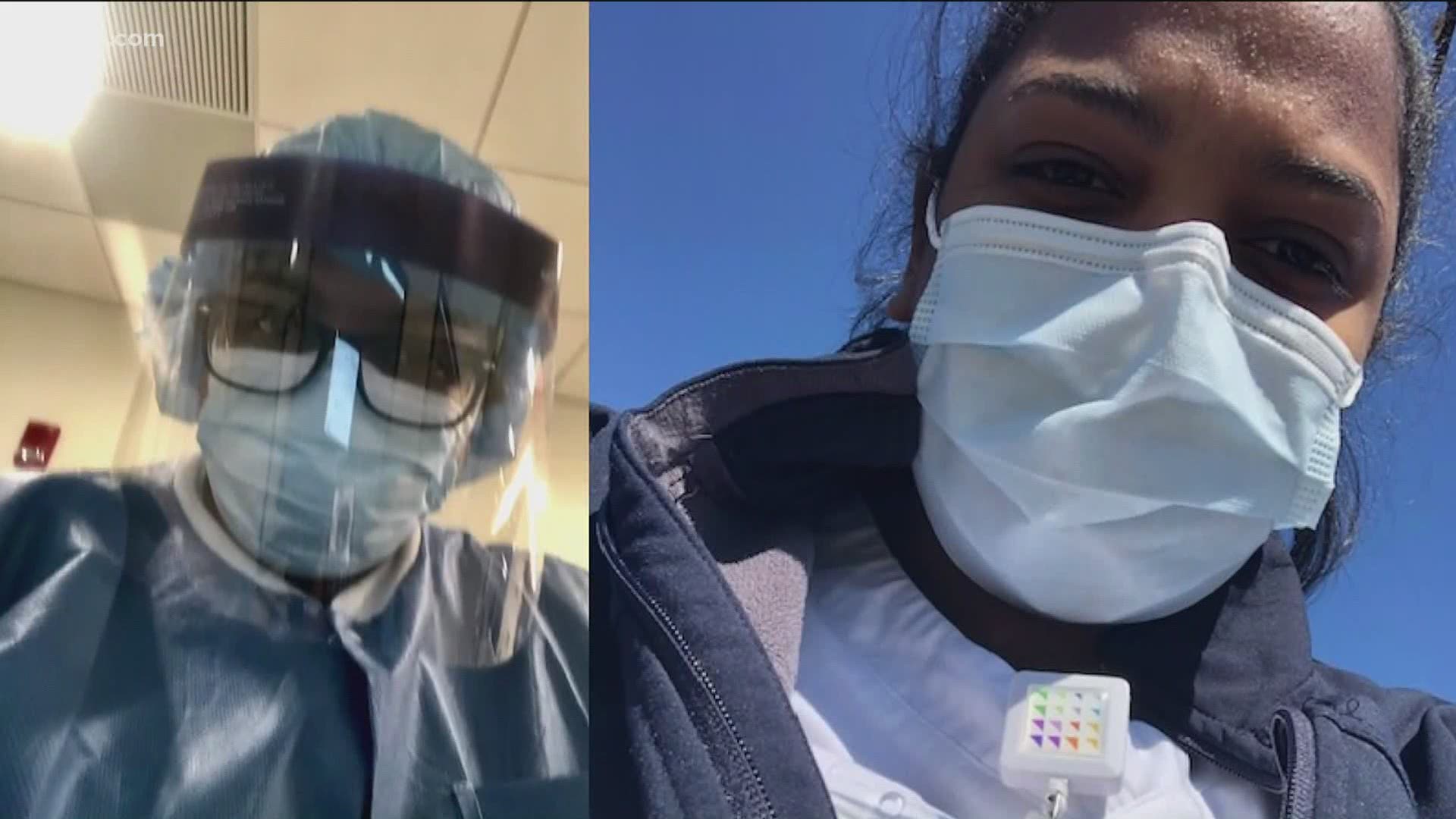 ATLANTA — An Atlanta nurse contracted COVID-19 while treating patients on assignment in New York. When she returned to Georgia, she couldn’t go back to working in hospitals.

Rachell Dumas said the psychological toll of battling the virus and treating patients put her on a different path.

“I was the nurse taking care of the patient and then I became the patient," she explained.

“I was working in the COVID ICU with the worse of the worse COVID patients," she said.

With limited protective supplies, she wore the same mask for days. In June, she contracted the virus.

“I ended up getting in my rental car and driving to the hospital where I worked at because at that point, it was out of my control," she said.

In a month, her symptoms subsided, and she headed back to Georgia. However, but she couldn’t return to work in a hospital. Dumas was emotionally drained.

“When I got back to the hotel I couldn’t sleep because I would hear the ventilators, I heard the families crying while I was on the iPad, so that they could watch their families die because they couldn’t come up there.”

And as a nurse, still wanted to take care of people. So, she started her own company, Onward Health Systems and Education, LLC. It's aimed at helping other businesses keep their employees safe.

“Even though COVID has been around since earlier this year, there is a big deficit in education," Dumas said.

“I feel like I’m putting a dent in the curve that we’re trying to flatten," she said.

In addition, Dumas received her nursing education from Chamberlain University, and is considered a spokesperson for what graduates can do with their nursing degree, and will be a speaker during an upcoming commencement ceremony.