Dr. Carlos del Rio at the University of Emory said new cases of COVID-19 leading to hospitalizations in Georgia are now growing at a linear, not exponential rate 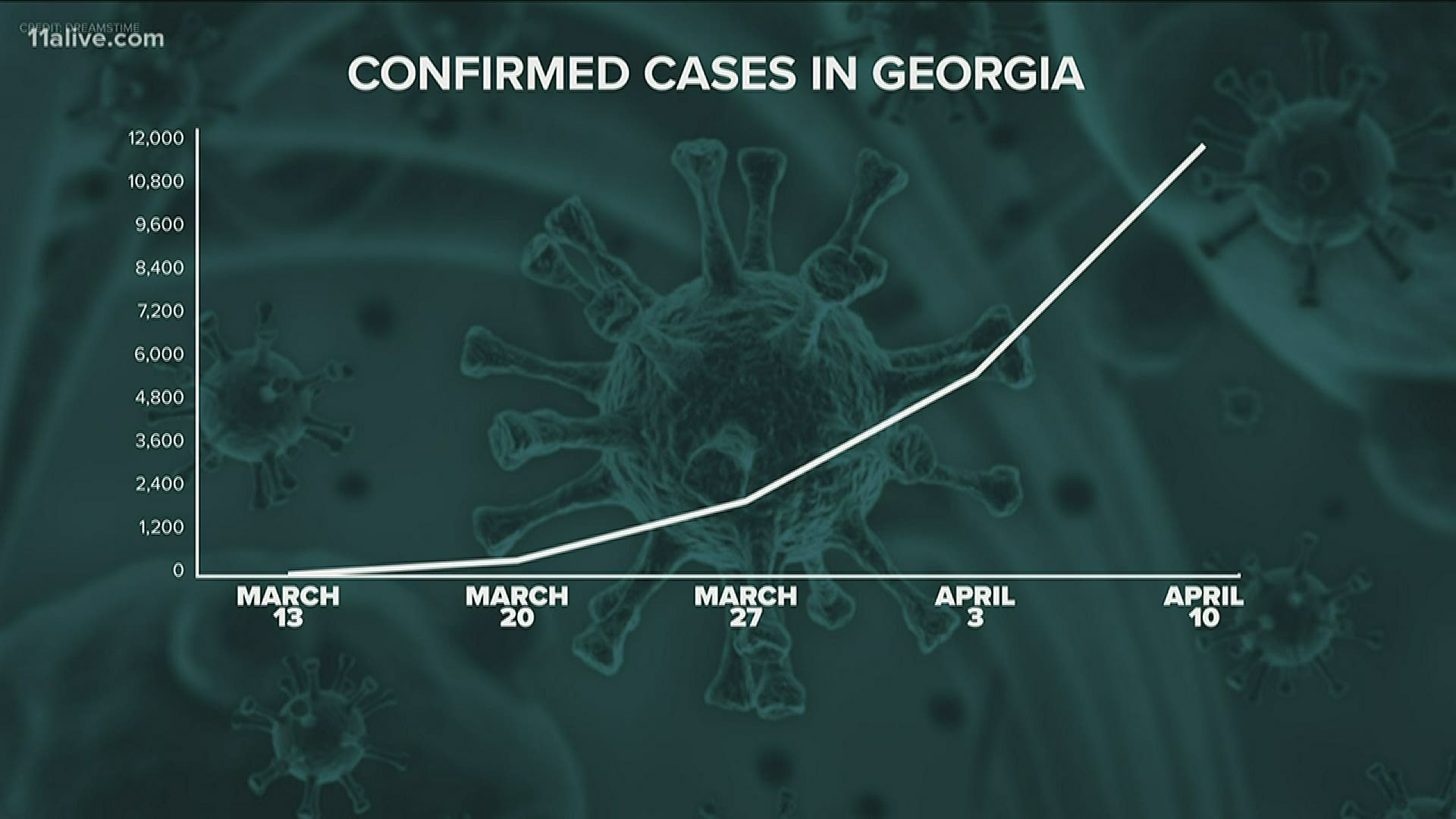 The number of cases, he added, is growing at a linear rate instead of exponentially

The Institute for Health Metrics and Evaluation (IHME) at the University of Washington School of Medicine updated models for the spread of COVID-19 on Wednesday.

The latest data estimates Georgia's busiest day for the virus in hospitals will be on April 20.

But the data from IHME, he said, is a reason to be optimistic.

A predicted shortage of ICU beds is lessening compared to earlier models. The estimated death toll in Georgia by early August dropped, from more than 3,400 deaths to slightly above 2,600.

Del Rio said he believes those signs could be an indication of the pandemic's curve flattening in Georgia, indicating the battle against the virus would be stretched out over time, but the strain on hospitals and chances of a spike in deaths would both be lower.

"We know that from France, Italy, New York," he said."If you overwhelm hospitals, your mortality is going to go up. So, I would rather have a steady state of patients coming that we can take care of."

Del Rio didn't seem concerned about the possibility of doctors fighting the virus over an extended period of time by flattening the curve.

Experts, though, say a vaccine could be over a year away. Until a vaccine is available, del Rio believes precautions will be needed.

"A 100,000 person football event might not be where I go to," he said. "But maybe going to a church event that has maybe 50 to 100 people may be OK. Maybe we don't need to let people that are vulnerable, over 65 and with chronic conditions, go to those events. Maybe we need to encourage people to use masks at those events."

After the CDC released an updated recommendation stating everyone should be wearing a mask in public, 11Alive has heard from several viewers that want to know how long they can wear the same mask. Del Rio offered his guidance as an infectious disease expert.

"If it was one of those disposable masks, as long as it isn't dirty you can wear it. I wear mine for about a week and then change it. If it is a cloth mask, you can wash it and used it as many times as you need and washing it every three, four or five days is going to be fine."

Governor Brian Kemp earlier this week extended Georgia's shelter in place order from April 13 to the 30. del Rio said it's too soon to know if he would suggest pushing the date back once again.

"Let's wait and see where we are at near the end of the month," he said.

History in the making: Local museum wants to hear your experience during the coronavirus pandemic