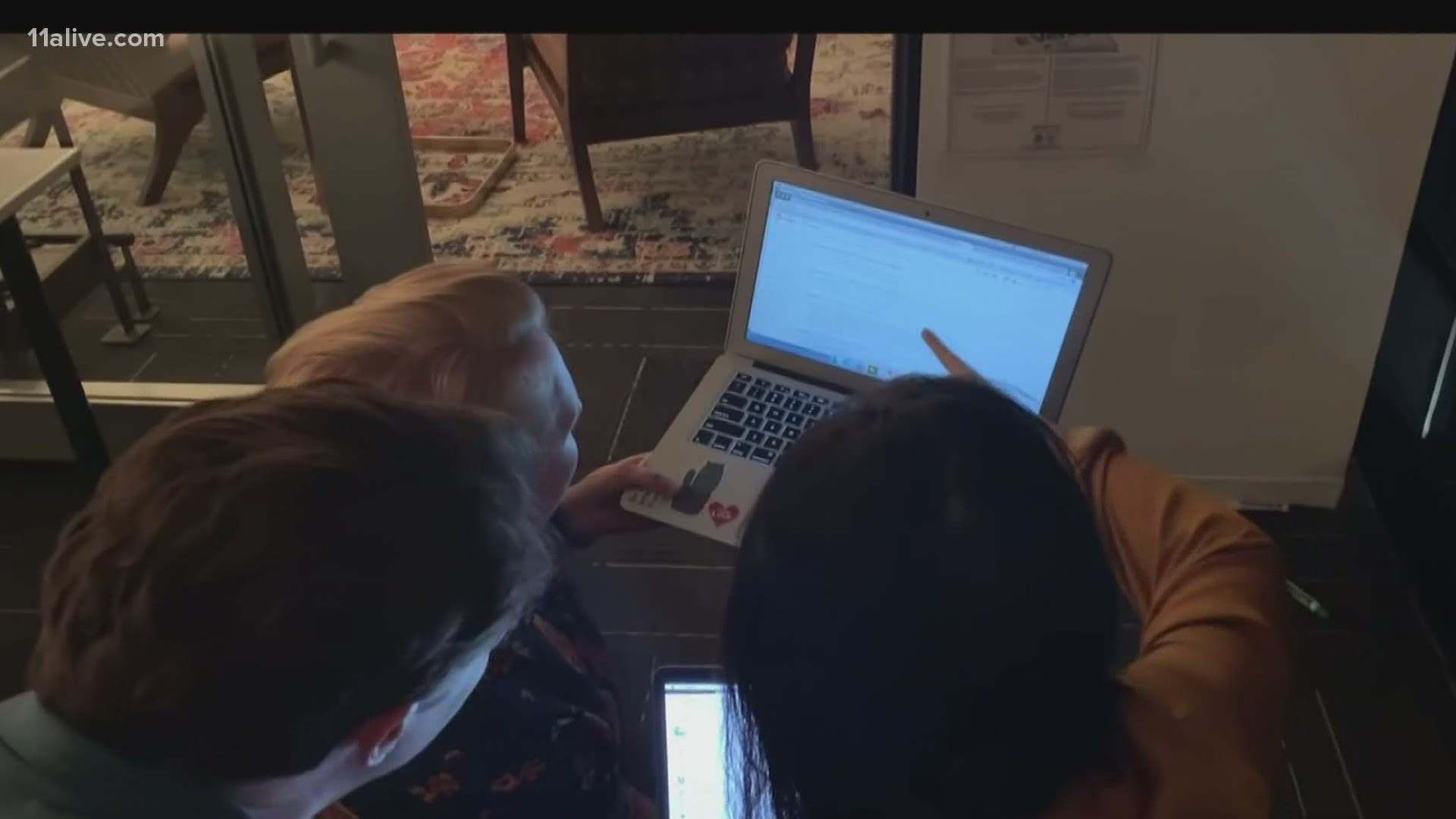 An alarming statistic from a tech safety company is revealing an increase in the number of online predators they have had to report since the coronavirus quarantine began.

Atlanta based BARK, a technological parental monitoring tool, specifically reported a 23 percent increase in online predators they have had to report to law enforcement since the quarantine began.

Their Chief Parenting Officer told our Kaitlyn Ross it's something all parents should be watching closely.

"It's heartbreaking and disgusting and terrifying. And we hope all caregivers and parents listen and talk with their kids open and honestly about how people online may not be who they say they are, said BARK Chief Parenting Officer Titania Jordan.

"For older children who understand, who can understand the concept of online predators, you have to talk about these things, because it absolutely can happen to your child," she said.

She says they knew there would be a rise in online predation when they realized how long kids would be stuck at home, but they didn't think it would be by this much.

Their data is supported by a recent alert by the FBI that warns parents to be vigilant about screen time.

"Children are on screens more, increasing the time they can be contacted. They're also on screens at different and sporadic times of the night because their schedules are off, they don't have to be up and on a bus by 6 a.m.," she said.

BARK uses technology to monitor messages coming into kids' devices, and Jordan says they're watching predators take advantage of the uncertainty during COVID-19. "Predators know that children and anxious, they miss their friends, they're lonely," Jordan said.

"A lot of games require coins and upgrades and with the economy being what it is, and things are tight, that could be another tactic they use," she said.

But she says that doesn't mean your kids have to be vulnerable.

Titania says the best way to talk to kids about this is to just be direct - let them know that there are bad people out there, but you're always available to talk if they feel nervous, scared, or confused by anything online.

Family recovers from coronavirus, gives others strength and hope to overcome it